Reaching for the stars: Astronomers in focus

25 years ago, in April 1990, the Hubble Telescope was launched into space and has since been sending hundreds of thousands of images back to earth. This slideshow celebrates the achievements of astronomy by looking at the men and women behind the telescopes. The portraits were taken between 1848 and 2009 and are part of the Photographs Collection. 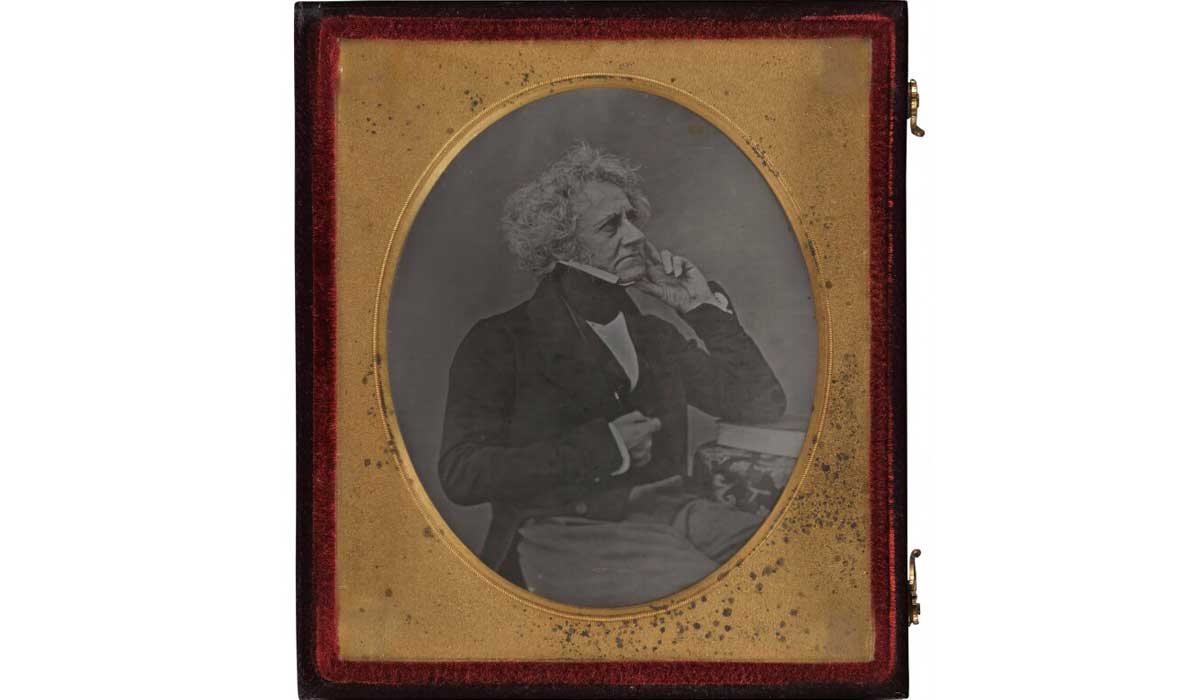 Herschel, the son of astronomer William Herschel, made many contributions to various scientific disciplines, including astronomy, botany, chemistry and photography. In 1820 he was among the founders of the Royal Astronomical Society and was presented with their Gold Medal for his work on double stars. Herschel served as President of the Royal Astronomical Society three times (1827–29, 1839–41 and 1847–49). This daguerreotype is the earliest recorded photograph of Herschel. More famous are his portraits taken by Julia Margaret Cameron around twenty years later (P201 and P213). 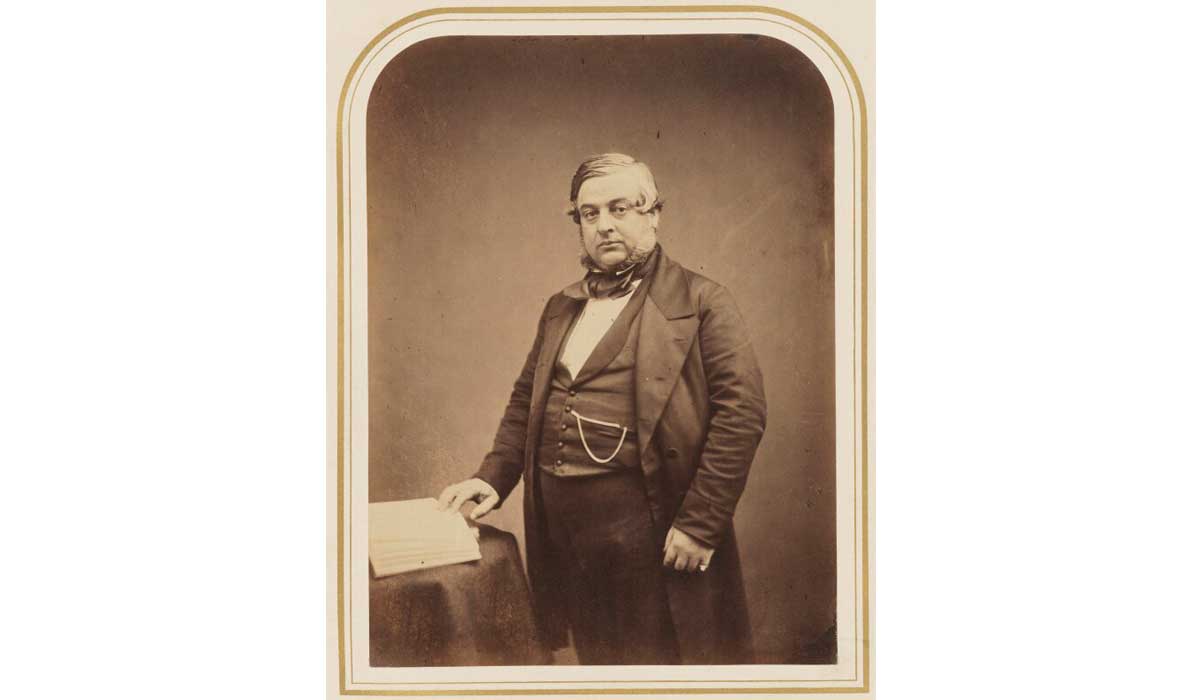 The British astronomer and chemist Warren de la Rue a pioneering astronomer-photographer. He took some of the very first photographs of the moon; the moon crater ‘De la Rue’ is named after him. He is also famous for his lunar and solar stereoscopic pictures which, when seen through a stereo viewer, give an illusion of depth. De la Rue was awarded the Gold Medal of the Royal Astronomical Society in 1862. 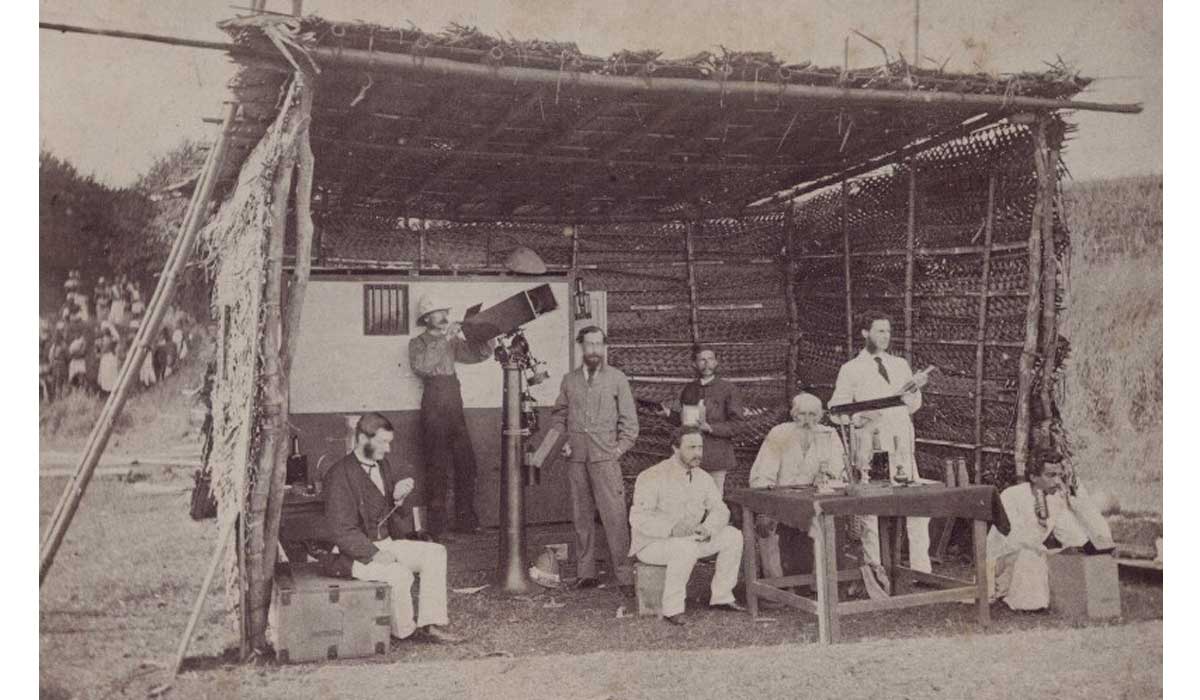 Lockyer was an English scientist and astronomer who in 1868 discovered the sun’s atmosphere and named it helium, after Helios, the Greek name for the sun and the sun god. In 1869 he founded the science periodical Nature and served as its editor until a few months before his death. Between 1870 and 1906, Lockyer conducted eight expeditions to observe solar eclipses. This image by an unknown photographer shows the astronomer and a group of men including the artist Henry Holiday on a solar expedition in Poodoocottah, India. It was most probably taken on the occasion of the total solar eclipse on 12 December 1871. 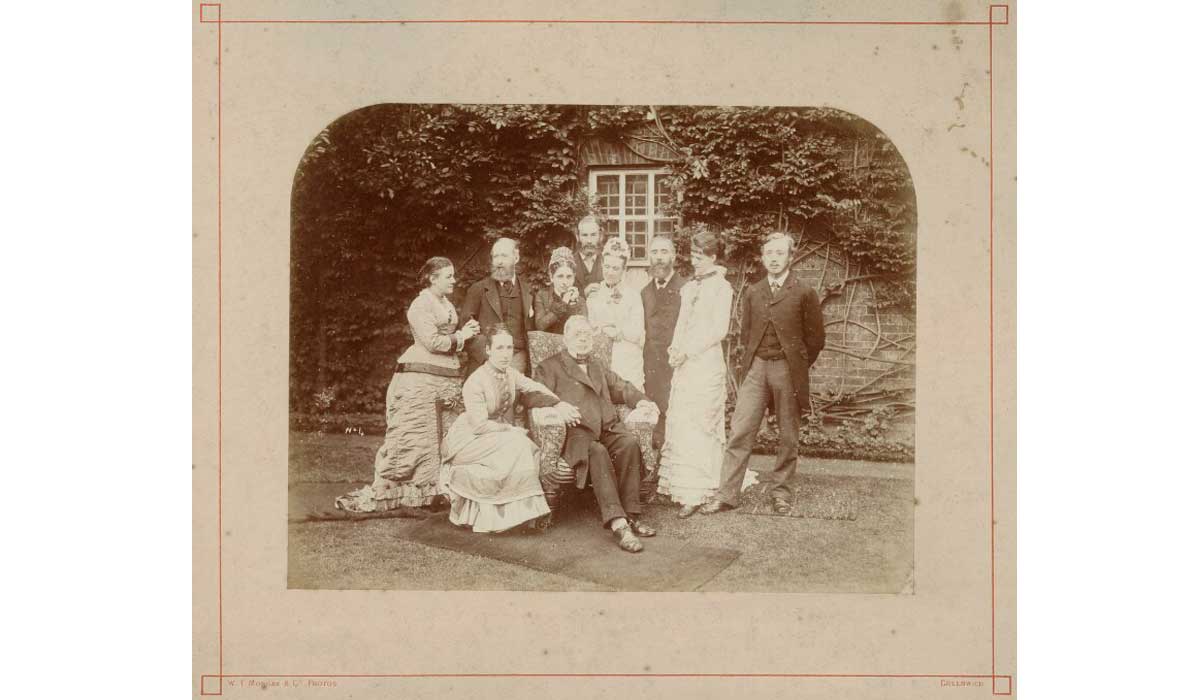 Sir George Airy was president of the Royal Astronomical Society five times between 1835 and 1881. Among his most important research is the determination of the mean density of the earth. This photograph by William Thomas Morgan & Co shows Airy as an aged patriarch, surrounded by his family. 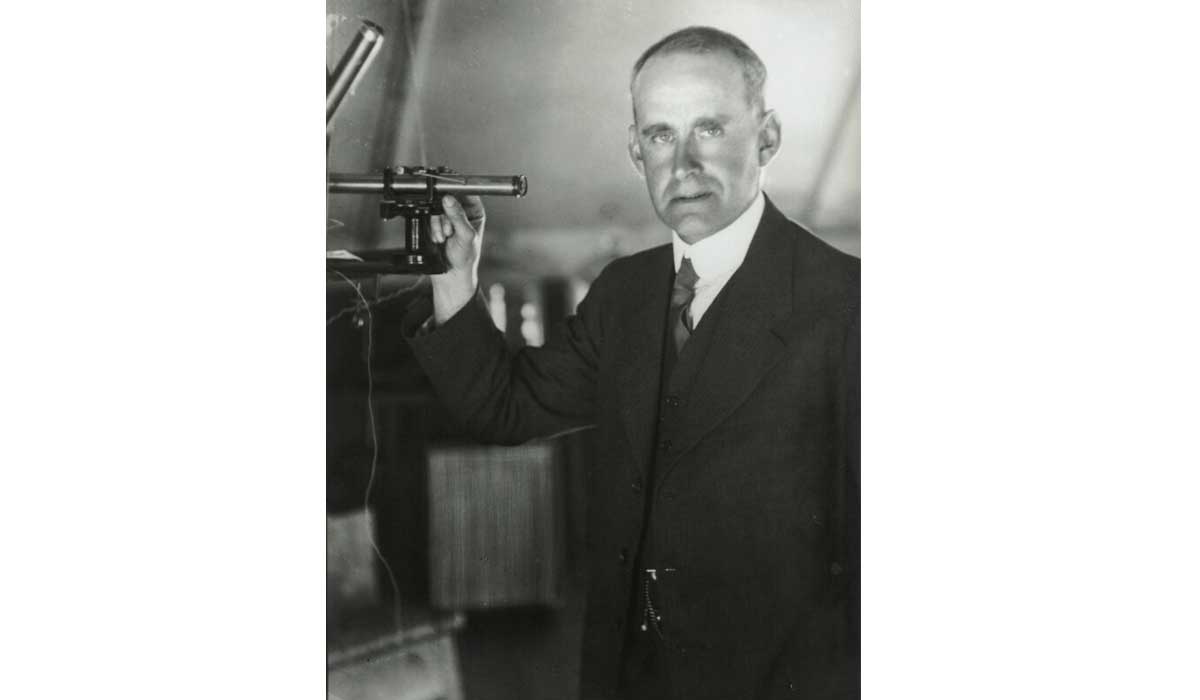 The British astronomer, physicist and mathematician, Sir Arthur Eddington, was chief assistant at the Royal Observatory at Greenwich from 1906 until 1913. His greatest contributions were in the field of astrophysics; the ‘Eddington limit’, the natural limit to the luminosity of stars, is named in his honour. 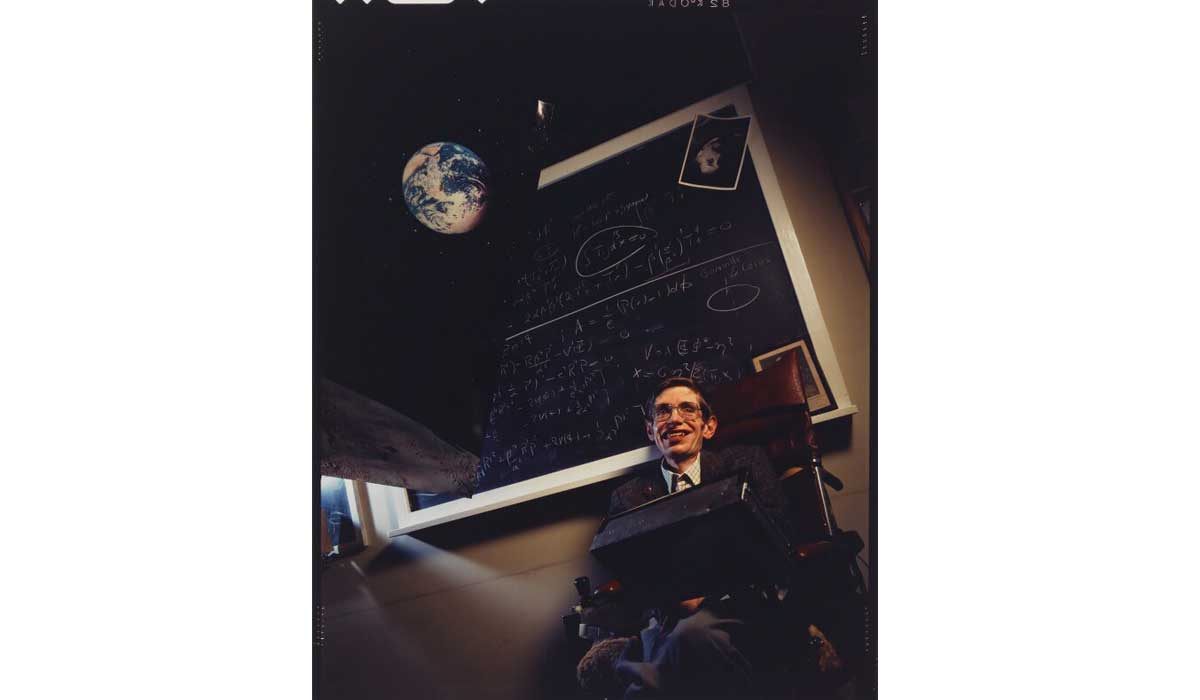 For thirty years (1979 to 2009) Stephen Hawking was Lucasian Professor of Mathematics at Cambridge University, a prestigious post previously held by Isaac Newton and Charles Babbage, amongst others. Hawking’s research focuses on the origins and structure of the universe, from the big bang to black holes. He has published several best-selling books including A Brief History of Time (1988) and The Universe in a Nutshell (2001). Hawking was diagnosed with motor neuron disease in early 1963; he uses a wheelchair and speaks through an electronic voice synthesizer. 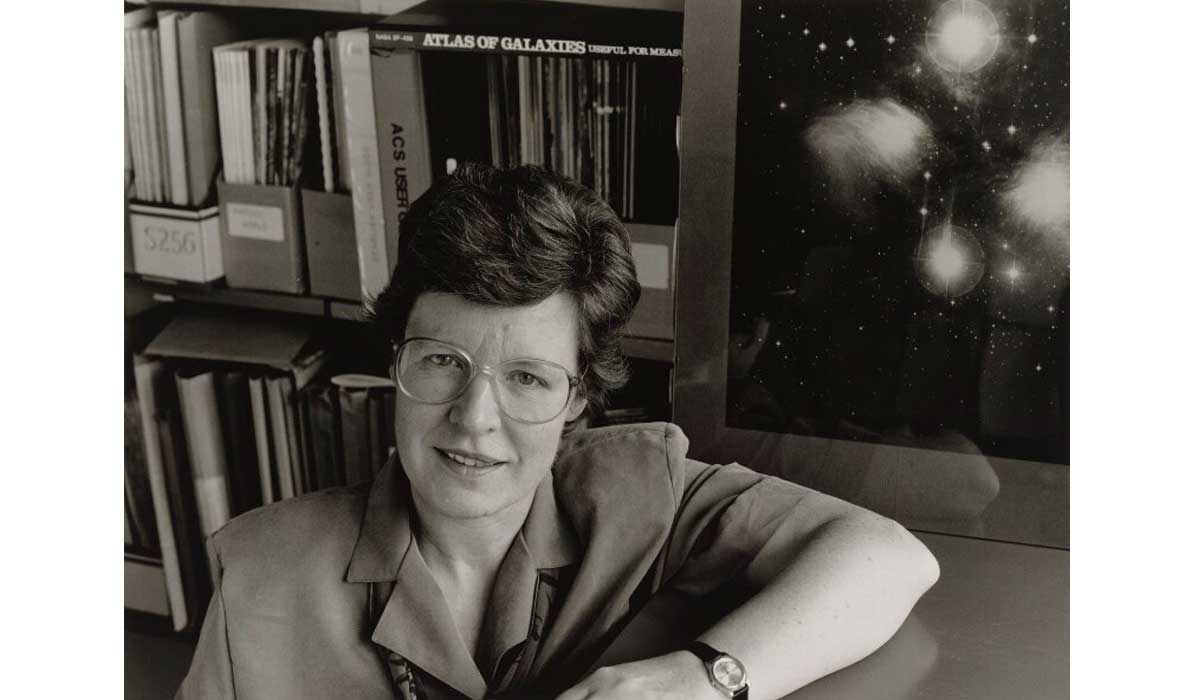 After graduating from the University of Cambridge, Burnell was appointed Professor of Physics at the Open University in 1991 and held the position for ten years. Burnell is most recognised for her contributions to the fields of physics and radio astronomy; she was the first to observe and precisely analyse the pulsars (pulsating radio stars). Burnell was President of the Royal Astronomical Society from 2002 until 2004 and was made Dame Commander of the Order of the British Empire in 2007. She is shown here in her Open University office. 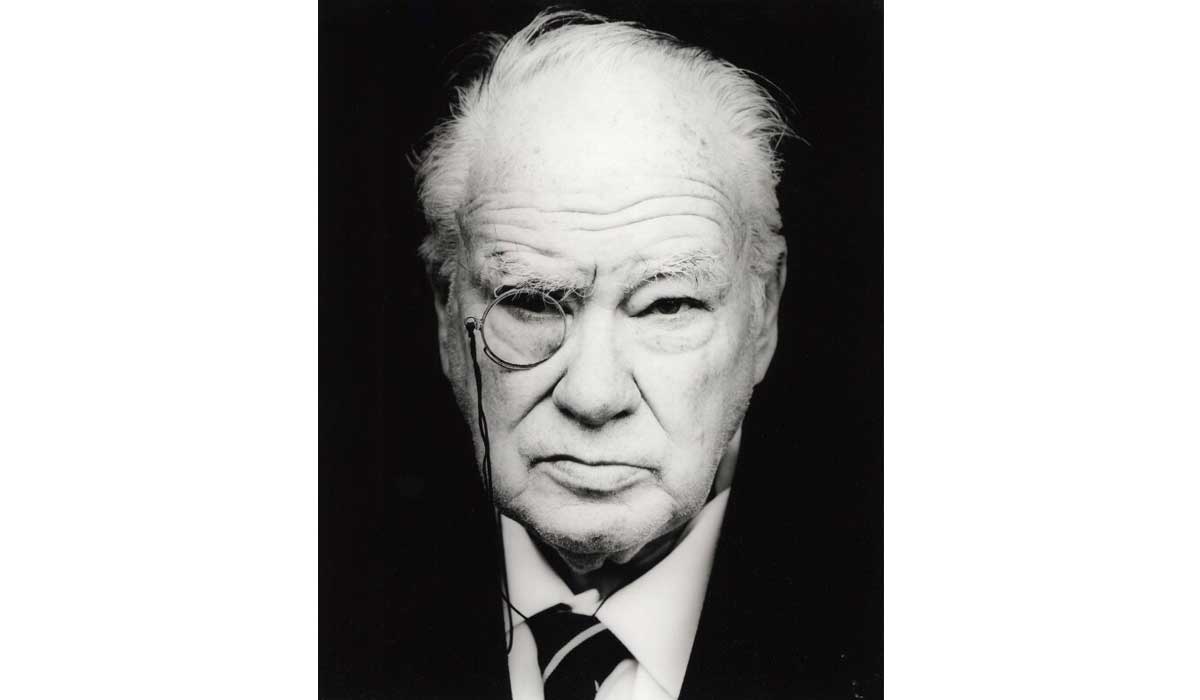 As a young boy Moore developed an interest in astronomy that never left him. During his career he published over 70 books on astronomy and became the presenter of the world’s longest-running television series with the same original presenter: BBC’s The Sky at Night. Moore is also well known for creating the Caldwell Catalogue, an astronomical list of star clusters, nebulae and galaxies for observation by amateur astronomers. Carolyn Djanogly’s portrait shows Moore wearing a monocle – a feature that made him instantly recognisable. 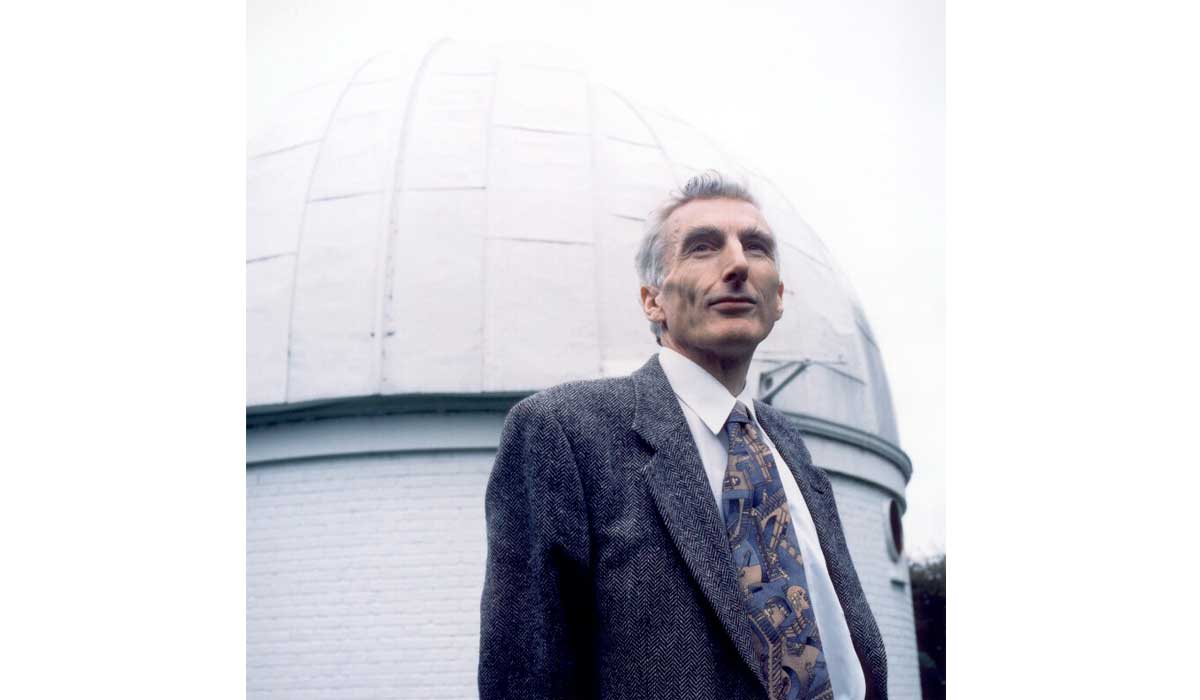 After a bachelor’s degree in mathematics and master’s and doctorate degrees in theoretical astronomy at Trinity College, Cambridge, Baron Rees pursued an academic career in cosmology in the Britain and the United States and is one of the world’s leading authorities on the big bang theory and related topics. He has been Astronomer Royal since 1995 and served as President of the Royal Society from 2005 until 2010. Rees has authored and co-authored more than 500 research papers, as well as eight books. He is shown here at the University of Cambridge in front of the University’s observatory. 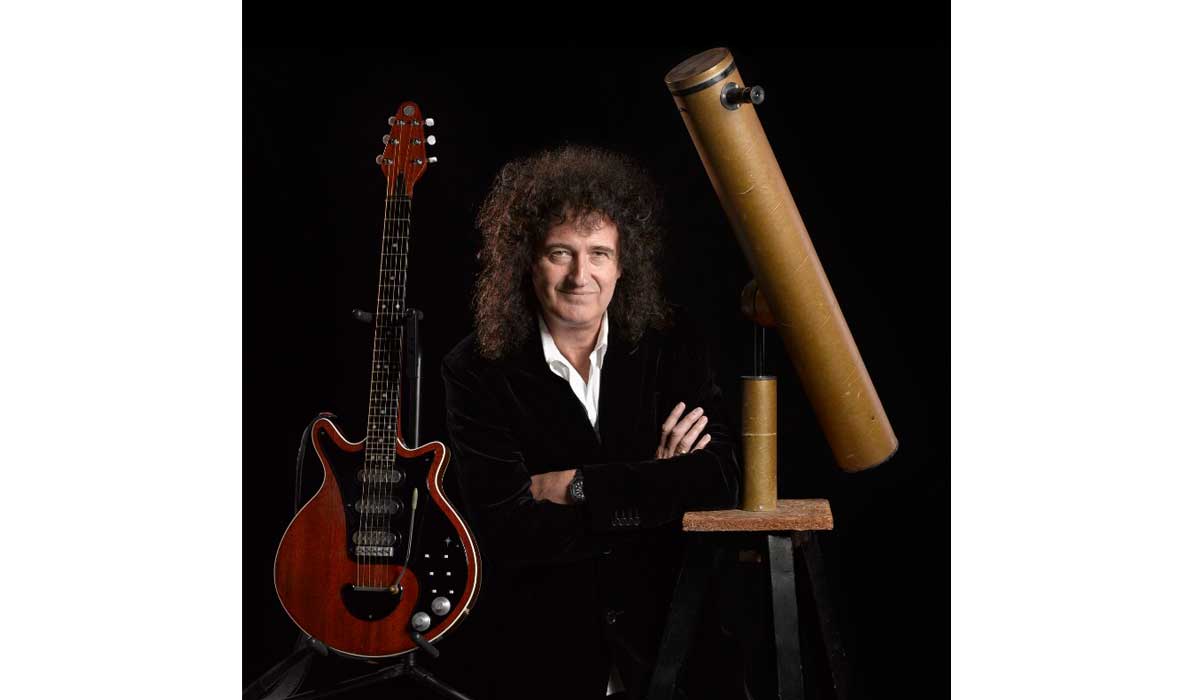 Best known as guitarist, singer and songwriter with the band Queen, May is also an astronomer. Having nearly completed his PhD in astrophysics in the early 1970s, he abandoned his academic career when Queen gained international success. More than 30 years later, May completed his PhD; his thesis on zodiacal dust was approved by Imperial College in 2007. May continues his interest in astronomy and, together with Stephen Hawking, he is on the board of directors of ‘Starmus’, an international festival focused on celebrating astronomy, space exploration, music and art. Besides his passion for music and astronomy, Brian May is also a collector of Victorian stereoscopic photographs.