Although many poems during the First World War were written by civilians, it was the soldier-poets who became associated with the title of ‘war poets’ and Rupert Brooke (1887-1915) was perhaps the most famous. His early death at the Battle of Gallipoli in 1915 was widely covered by the press who presented the young, talented Brooke as a martyr. Brooke joined the Royal Naval Division at the start of the war and wrote his most famous five sonnets during leave in December 1914. A few months later, whilst travelling to Gallipoli, he died from blood-poisoning. An obituary written by Winston Churchill began the elevation of Brooke into almost mythical status. This slideshow presents highlights from the Gallery’s collection of photographs, including poses from his 1913 sitting with the Sherrill Schell who later recalled Brooke’s attire noting that ‘in spite of its carefully studied effect it gave him no touch of eccentricity.’ 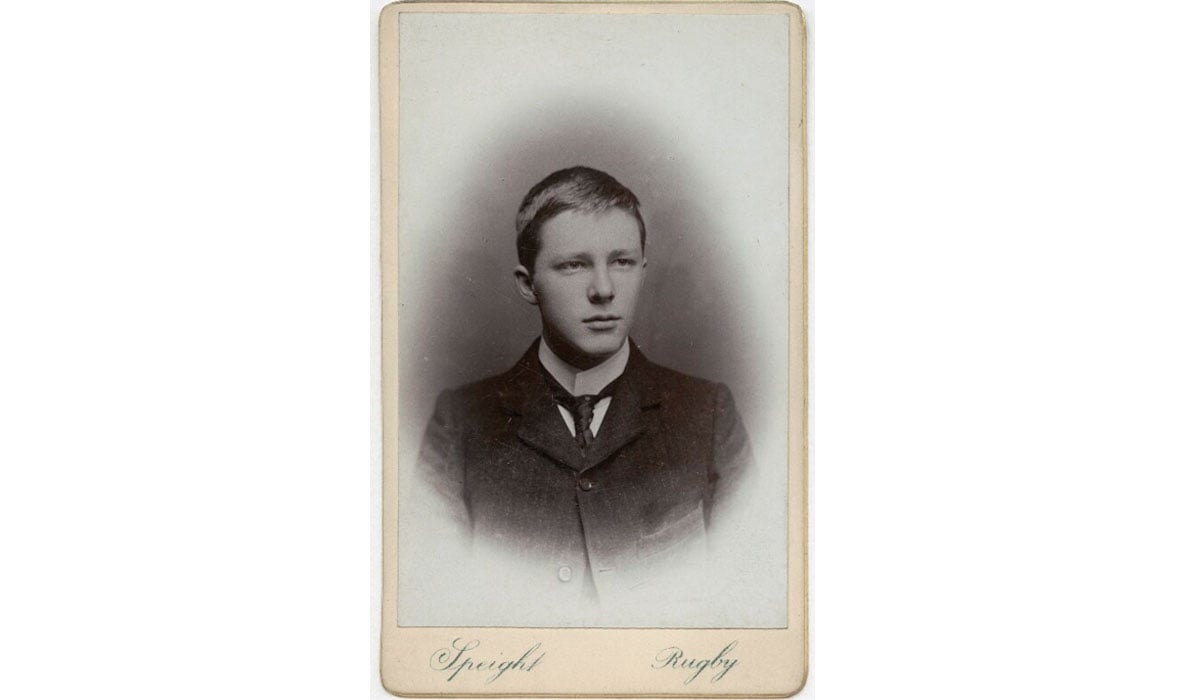 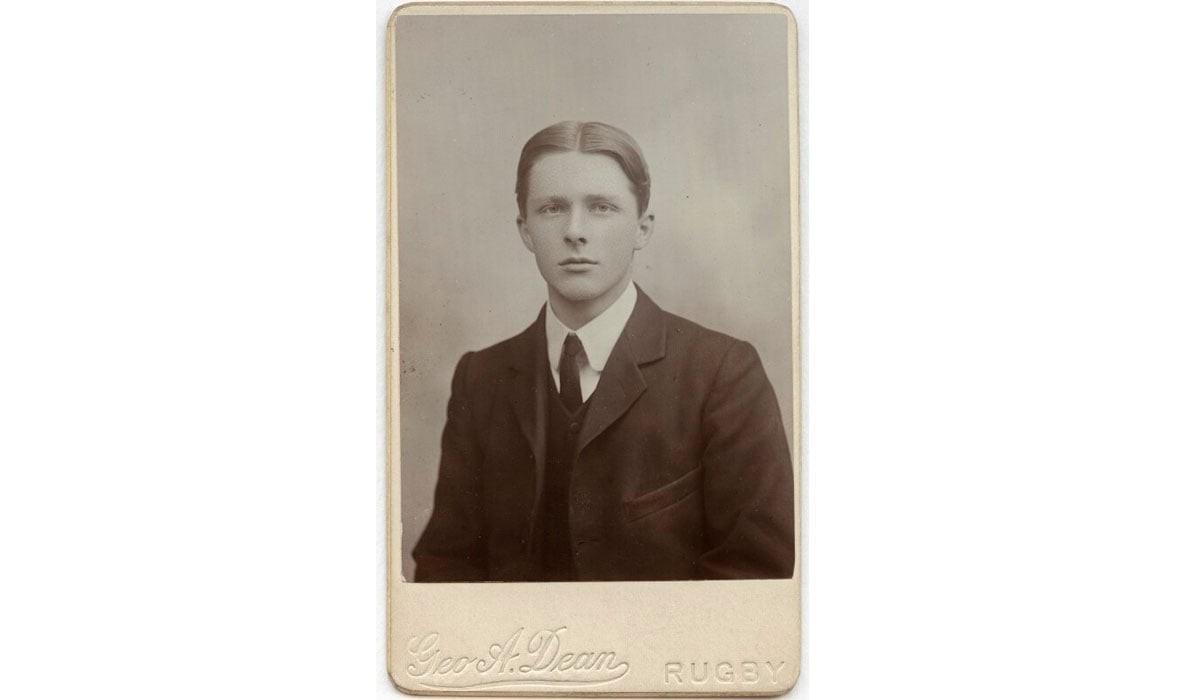 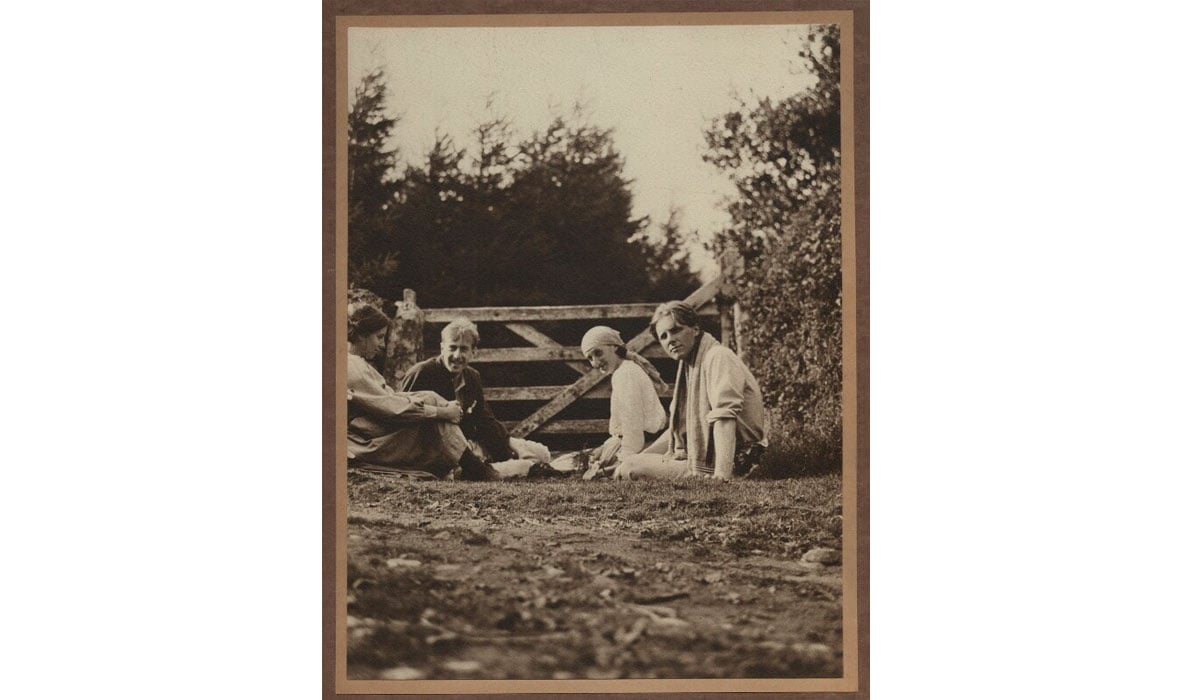 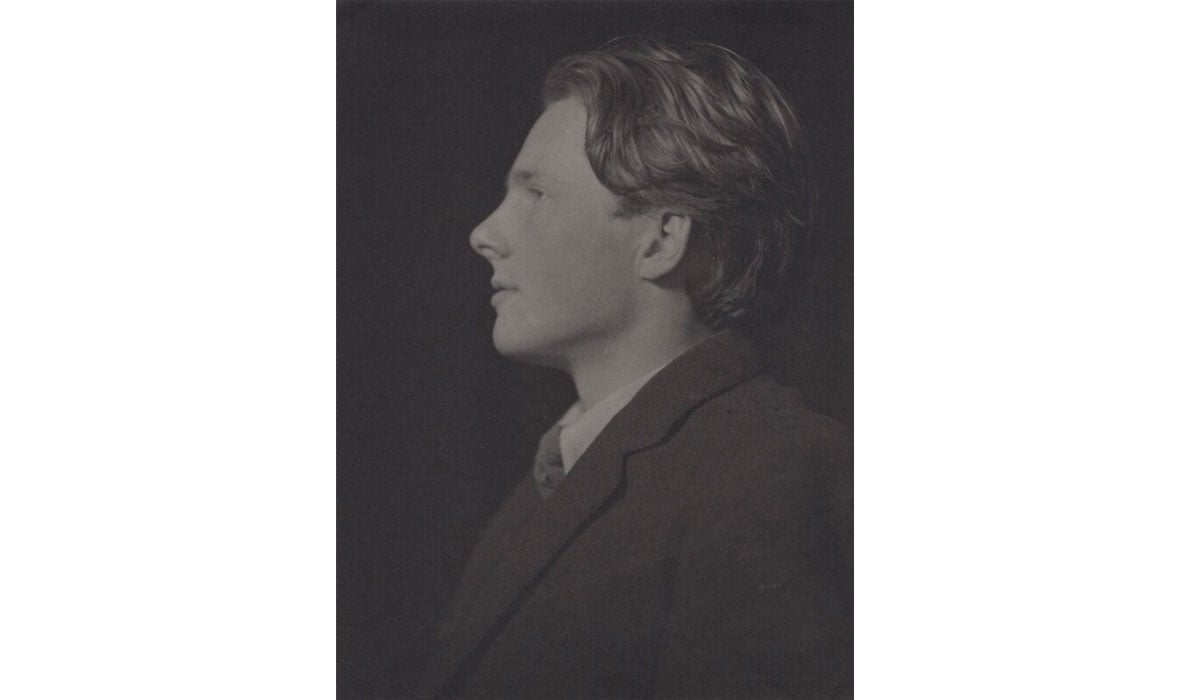 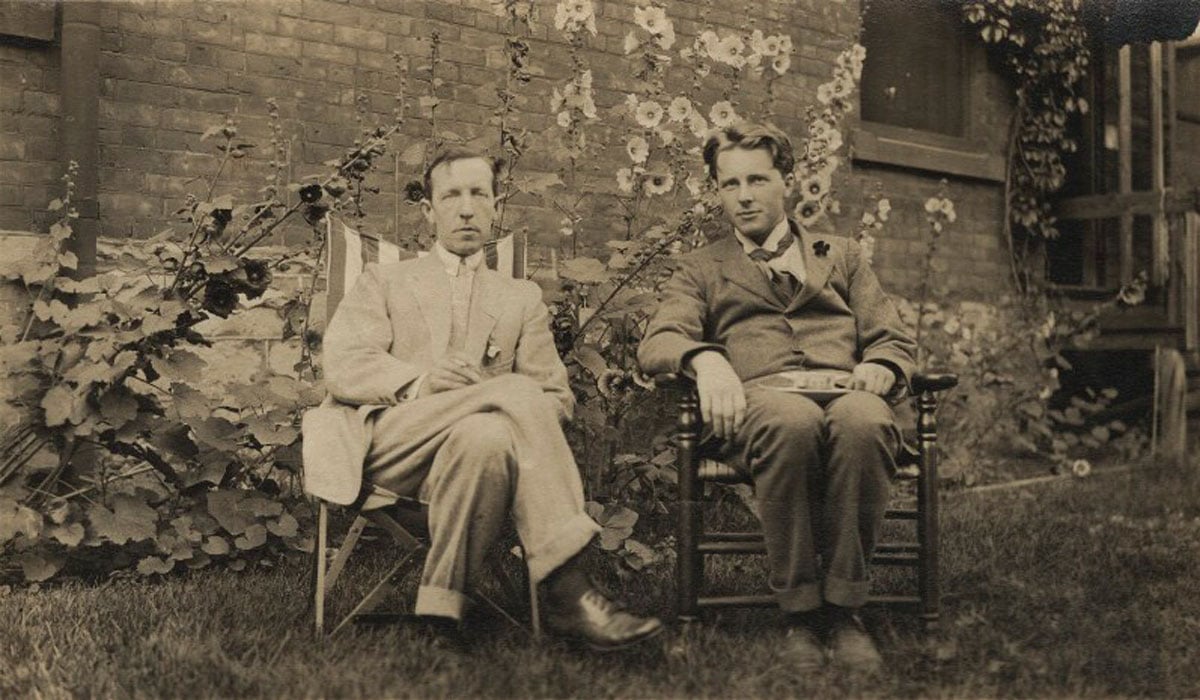 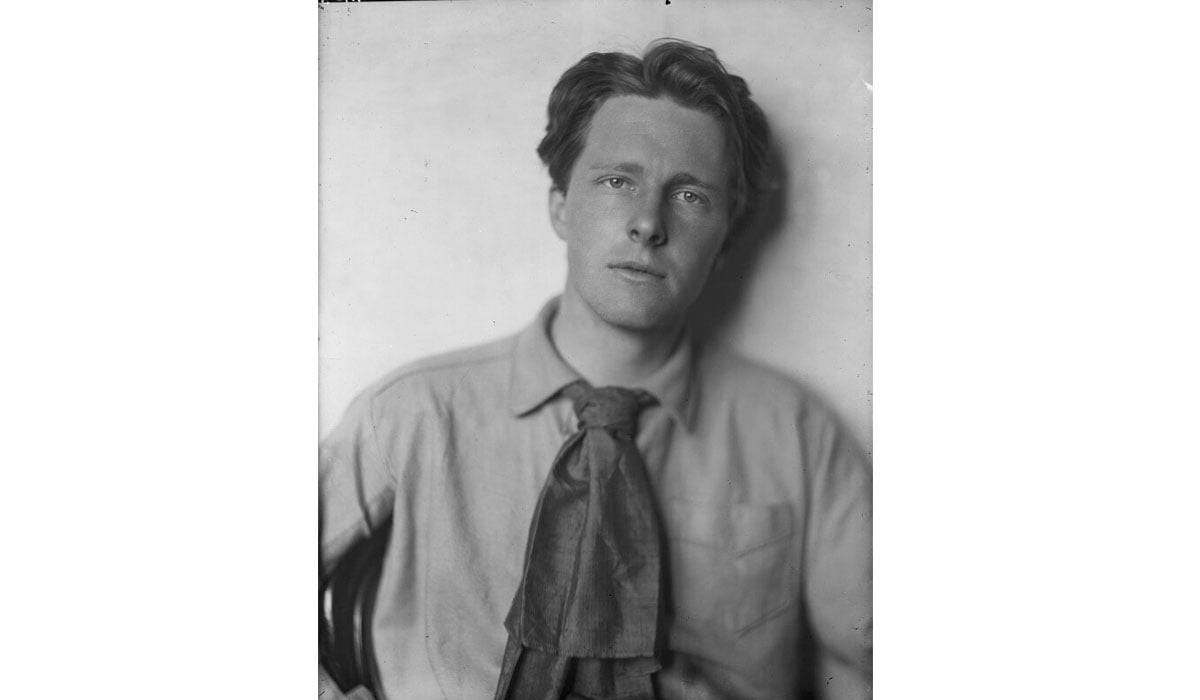 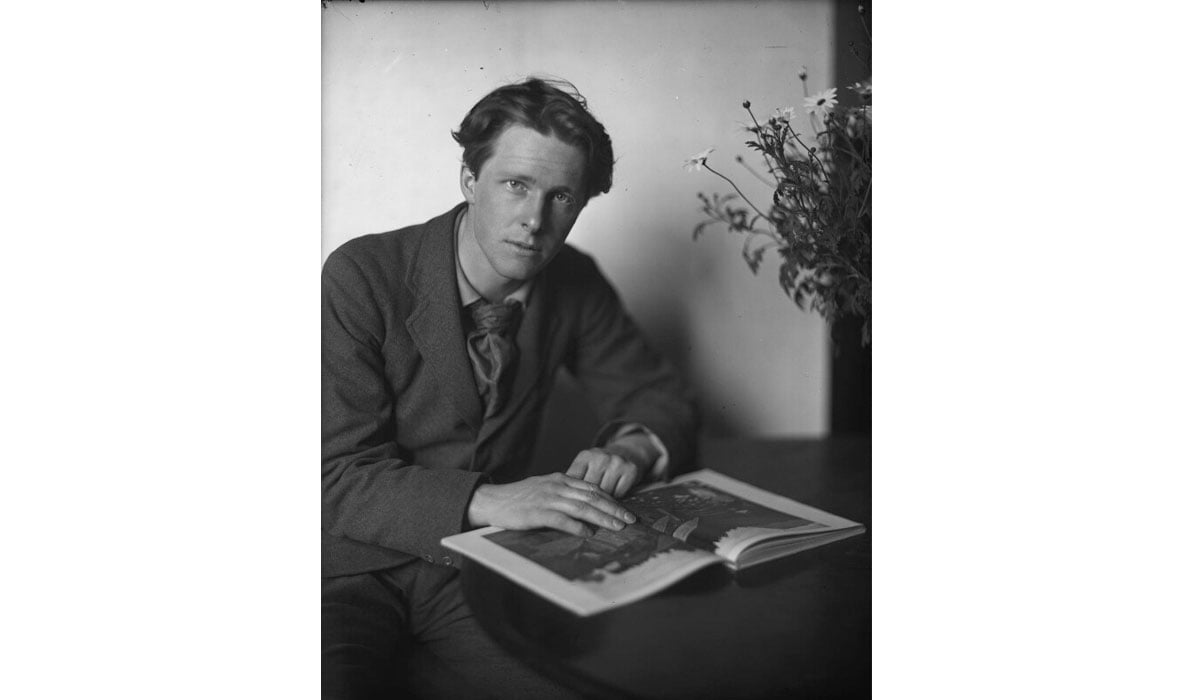 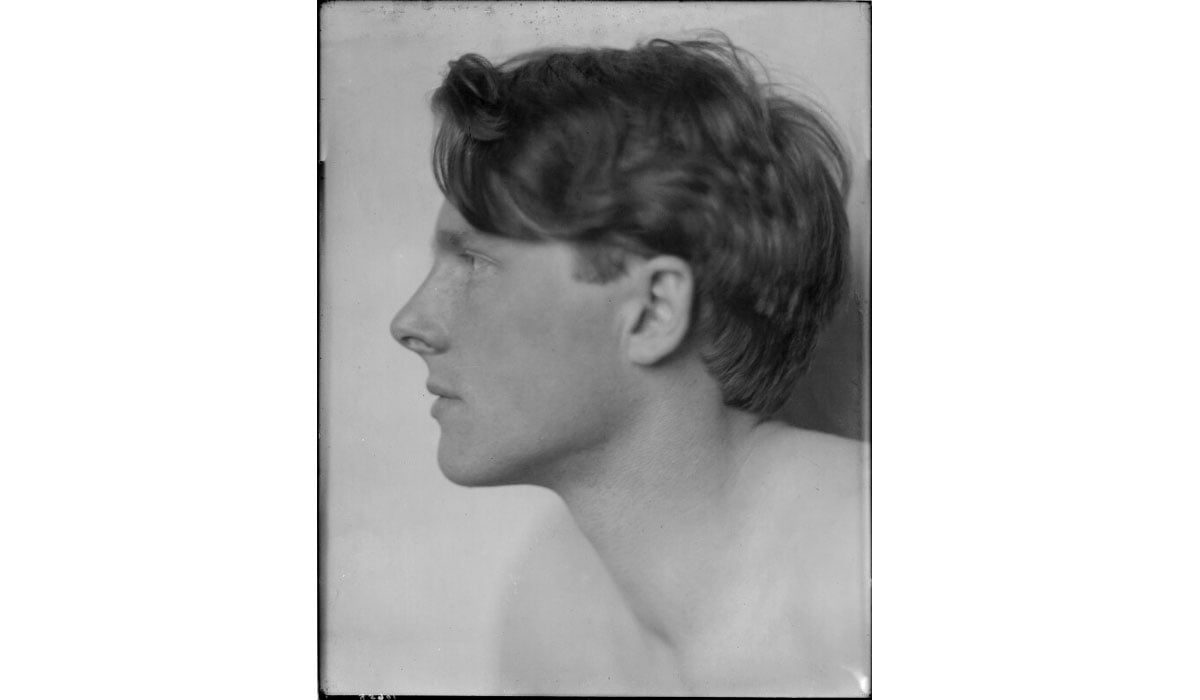