The year 2016 marks 400 years since the death of the celebrated playwright and poet William Shakespeare. Shakespeare remains one of the most famous and prolific writers in the English language and his plays are still widely read, studied and performed. This slideshow presents a selection of photographs from the National Portrait Gallery’s Collection depicting actors in character for theatrical or film productions of Shakespeare’s plays. The photographs date from the earliest days of the medium to the contemporary period, illustrating how Shakespeare’s work has continued to be re-interpreted for modern audiences. 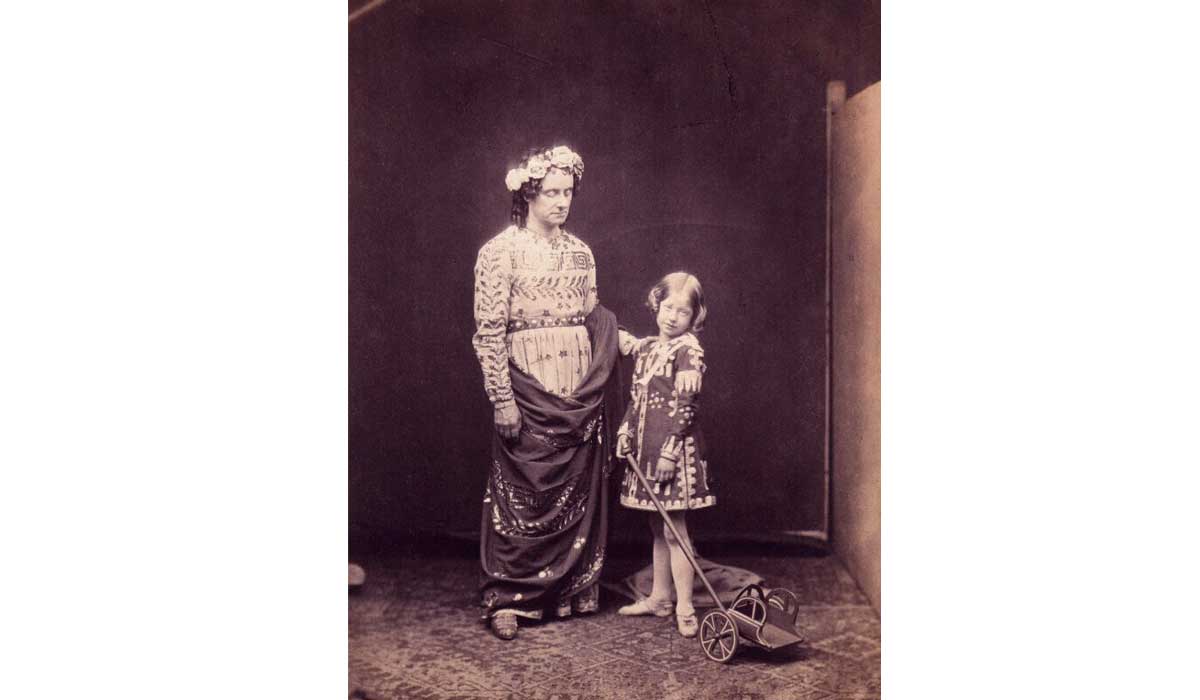 Terry’s acting career spanned sixty-nine years and she achieved her greatest distinction in playing Shakespearian roles. In this early photograph, Terry is dressed for her debut stage role at the Princess's Theatre in London alongside Kean, the leading actor-manager of the period. The period costumes worn here demonstrate Kean’s enthusiasm for historical accuracy in his productions and contrast with the simplicity of Laroche’s studio backdrop. Laroche’s photographic studio was located close to the Princess’s Theatre on Oxford Street and he took more than fifty photographs of Kean and other actors who appeared in his Shakespearian productions in the latter half of the 1850s. 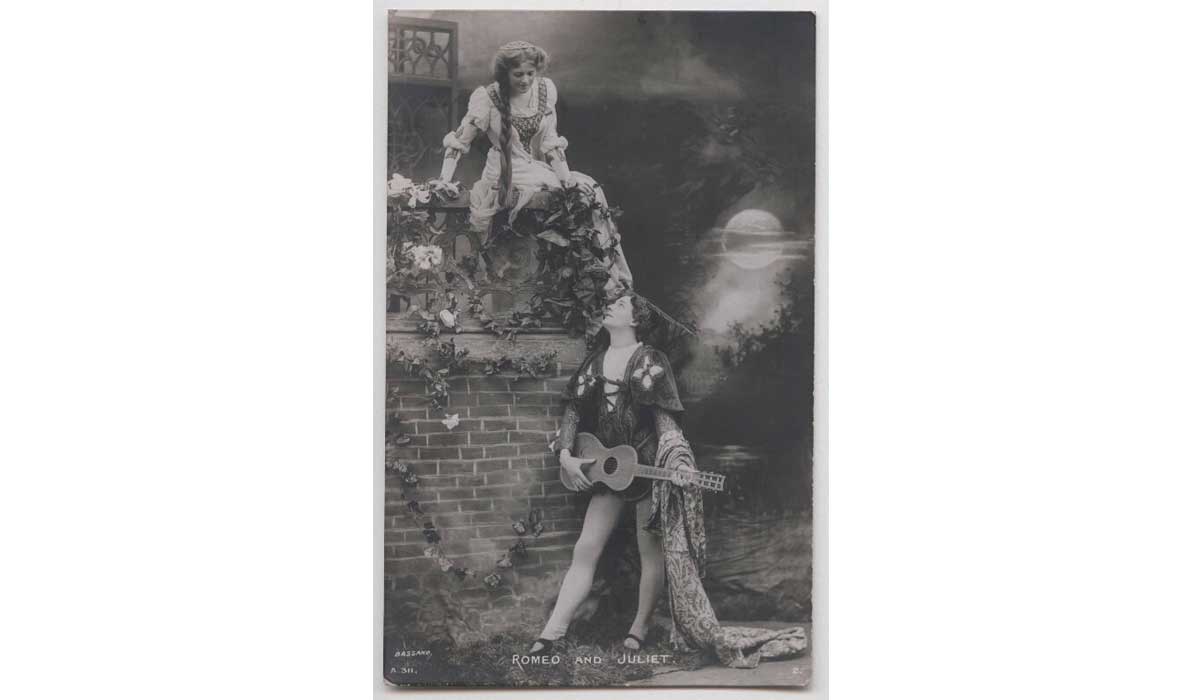 Nora Kerin as Juliet and Matheson Lang as Romeo in Romeo and Juliet by Bassano Ltd and published by Rotary Photographic Co Ltd, 1908 (NPG x193877)

Kerin and Lang are posed as the enamoured young lovers Romeo and Juliet, against a stage set for the famous balcony scene in Shakespeare’s tragedy. They appeared in the title roles for Shakespeare’s popular play at the Lyceum Theatre with music by Edward German. The image was published as a postcard; theatrical subjects were one of the most popular and best-selling themes for the format, particularly during the 1900s, and were widely collected. 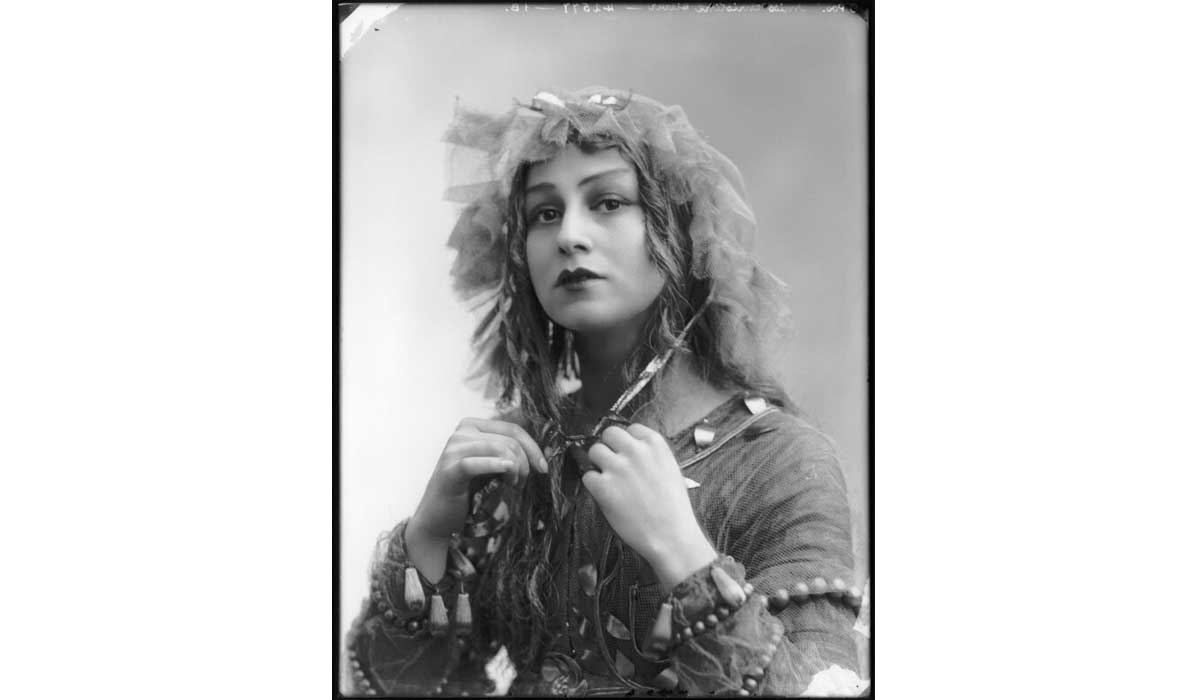 Silver is shown in costume for her role at the Savoy Theatre in London as the Queen of the Fairies in Shakespeare’s popular comic play. This is one of three poses taken at Bassano’s studio for use as publicity through reproductions in the illustrated press. Boldly confronting the camera with her gaze, Silver’s portrayal evokes the proud and strong-willed nature of Titania’s character. 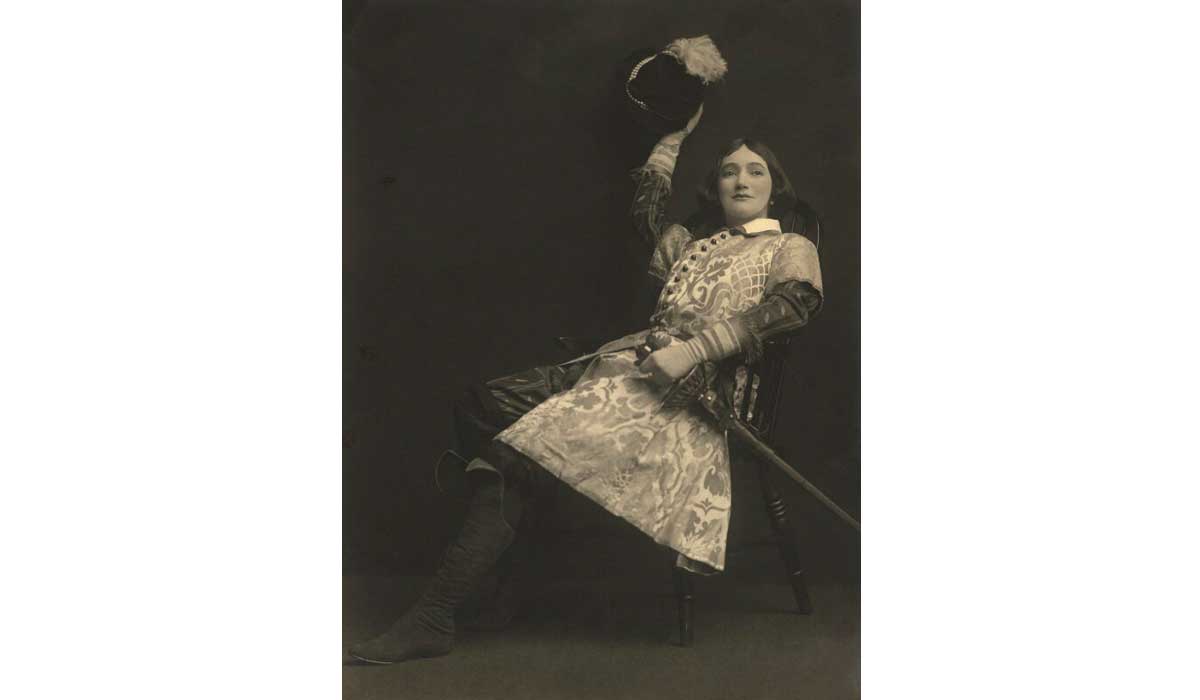 McCarthy appears confident and assured as the cross-dressing heroine Viola in Twelfth Night. Desmond MacCarthy in the New Statesman (4 January 1913) wrote: ‘Miss Lillah McCarthy's performance is one of the best, if not the very best pieces of acting she has done. Her gestures and carriage have added for the future a new vibrating note to the very mention of the name Viola.’ 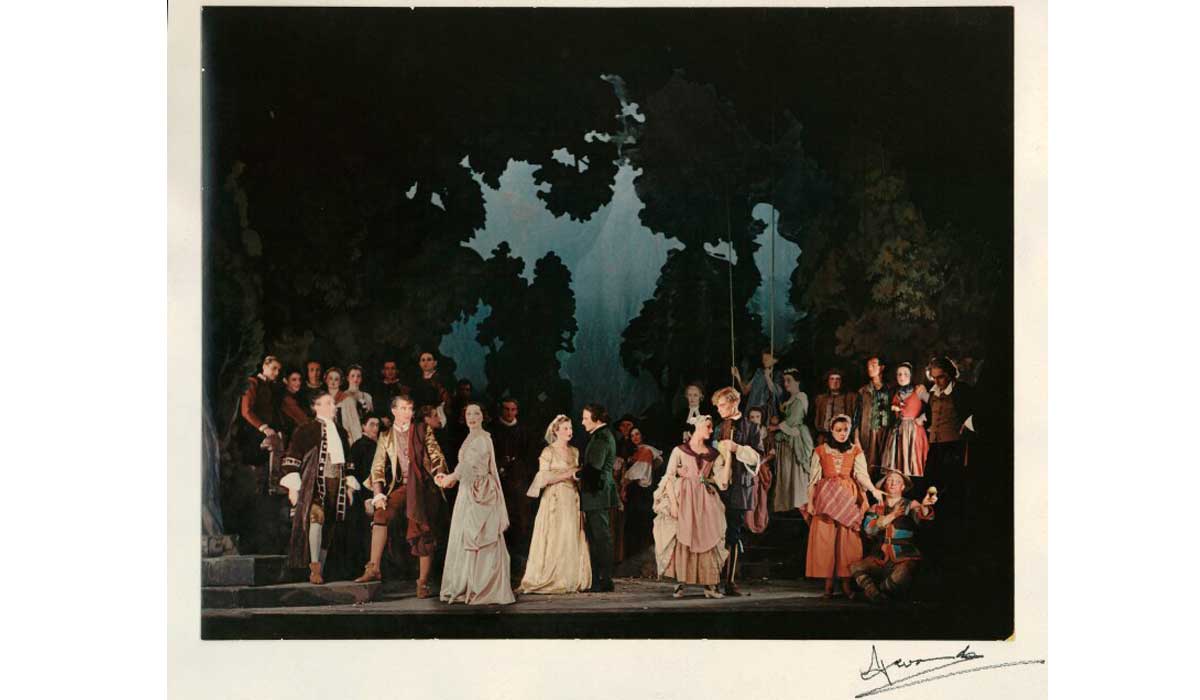 This production of Shakespeare’s comedy was performed at The Old Vic Theatre in London before transferring to the New Theatre (now the Noël Coward Theatre) in February 1937. Yevonde’s photograph depicts a cast of thirty actors and provides a glimpse of the colourful scene that audiences would have witnessed on stage. 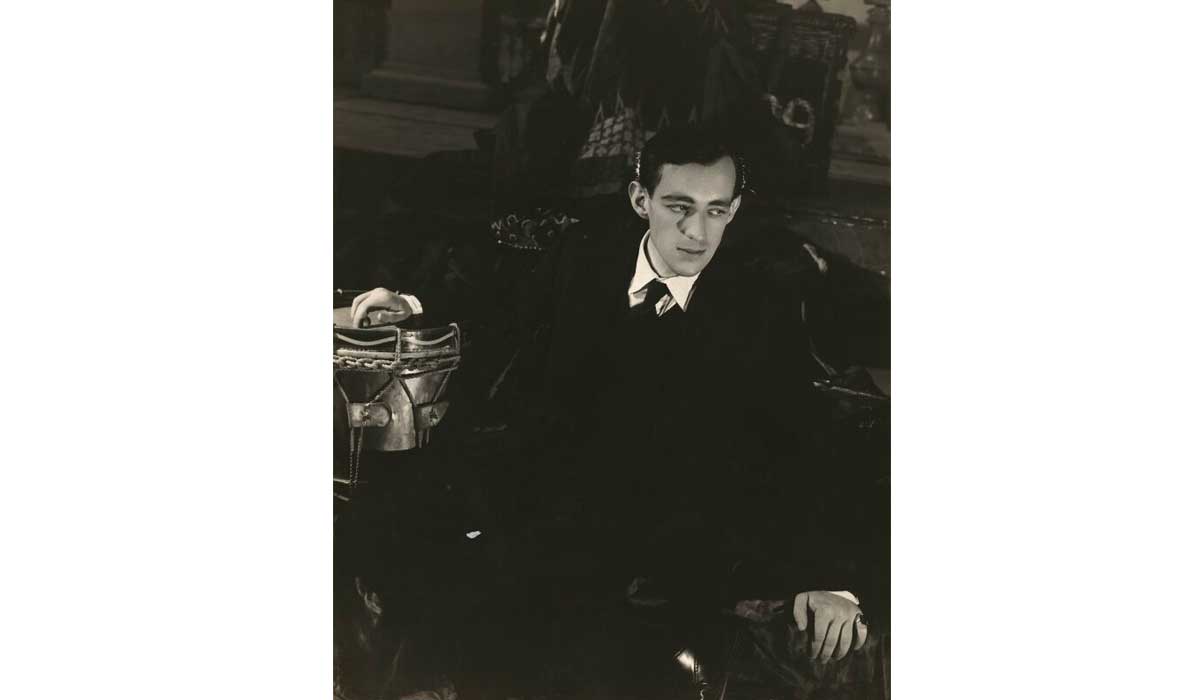 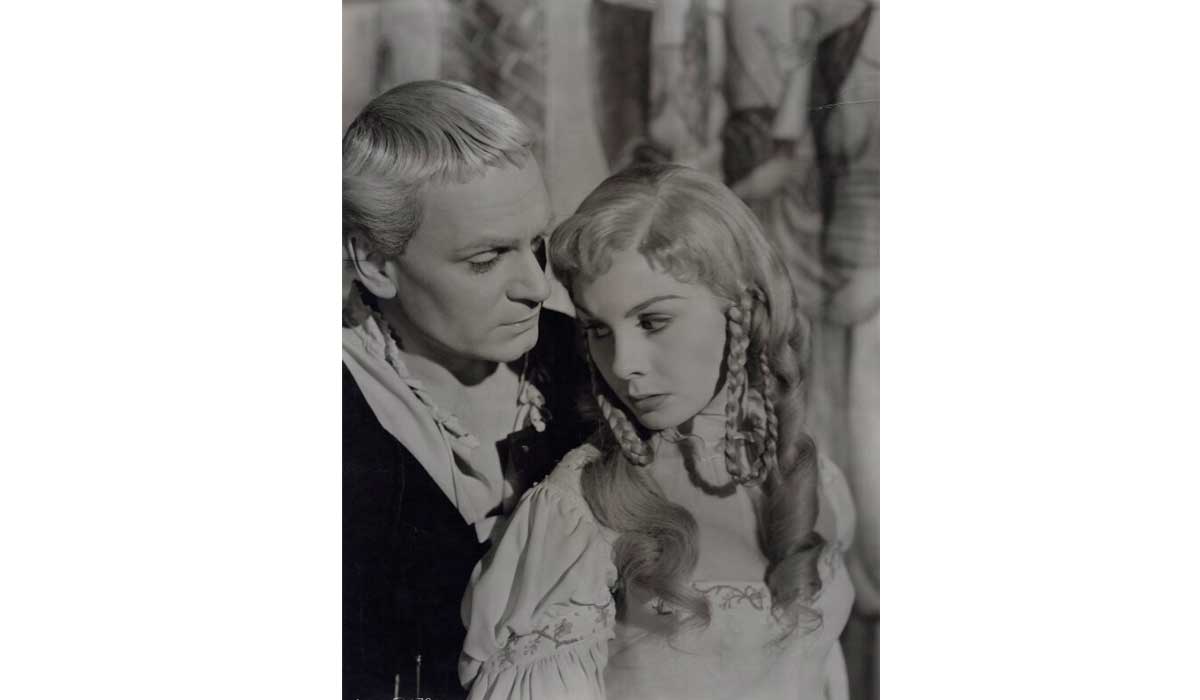 Laurence Olivier as Hamlet and Jean Simmons as Ophelia in Hamlet by Wilfrid Newton, 1948 (NPG x137987)

Olivier's performances in Shakespearean roles, such as Romeo, Coriolanus and Richard III, ensured him legendary status as a classical actor. He is shown in this publicity still, alongside his co-star Simmons, for the 1948 British film adaptation of Shakespeare’s famous play, which he also directed. It became the first British film to win the Academy Award for Best Picture. Olivier also won an Academy Award for Best Actor, while Simmons received an Academy Award nomination for Best Supporting Actress. 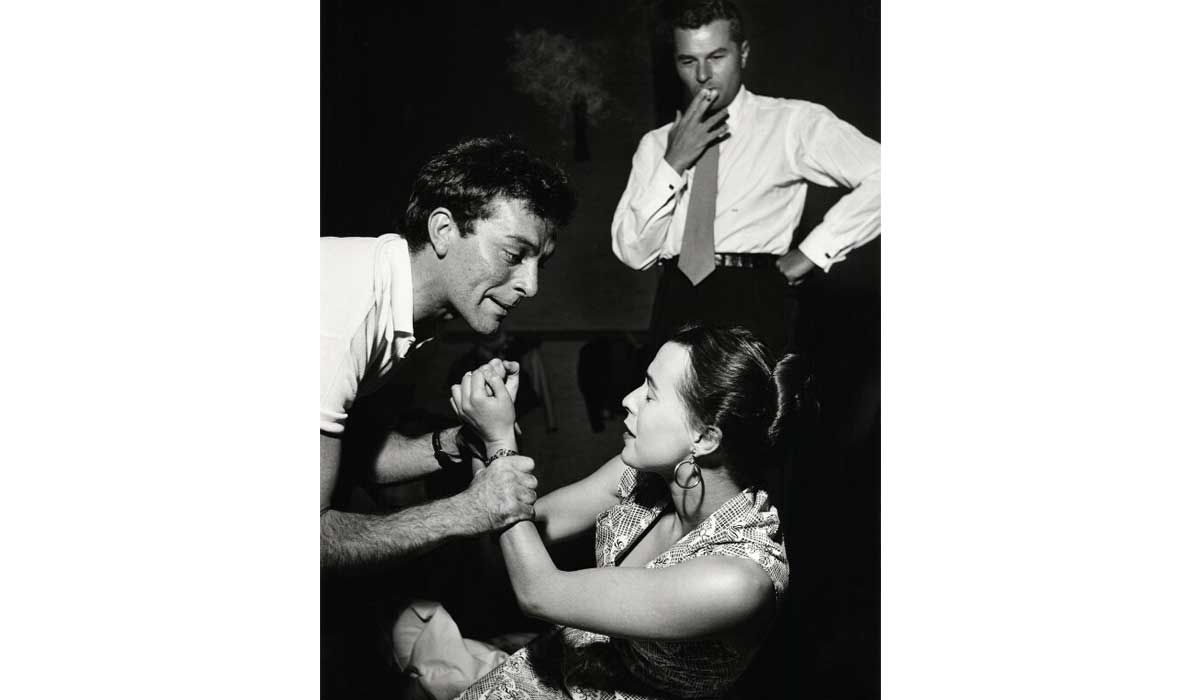 Burton and Bloom successfully convey here the tempestuous relationship between Hamlet and Ophelia, while director Benthall coolly looks on during a rehearsal for The Old Vic production of Hamlet for the Edinburgh Festival. 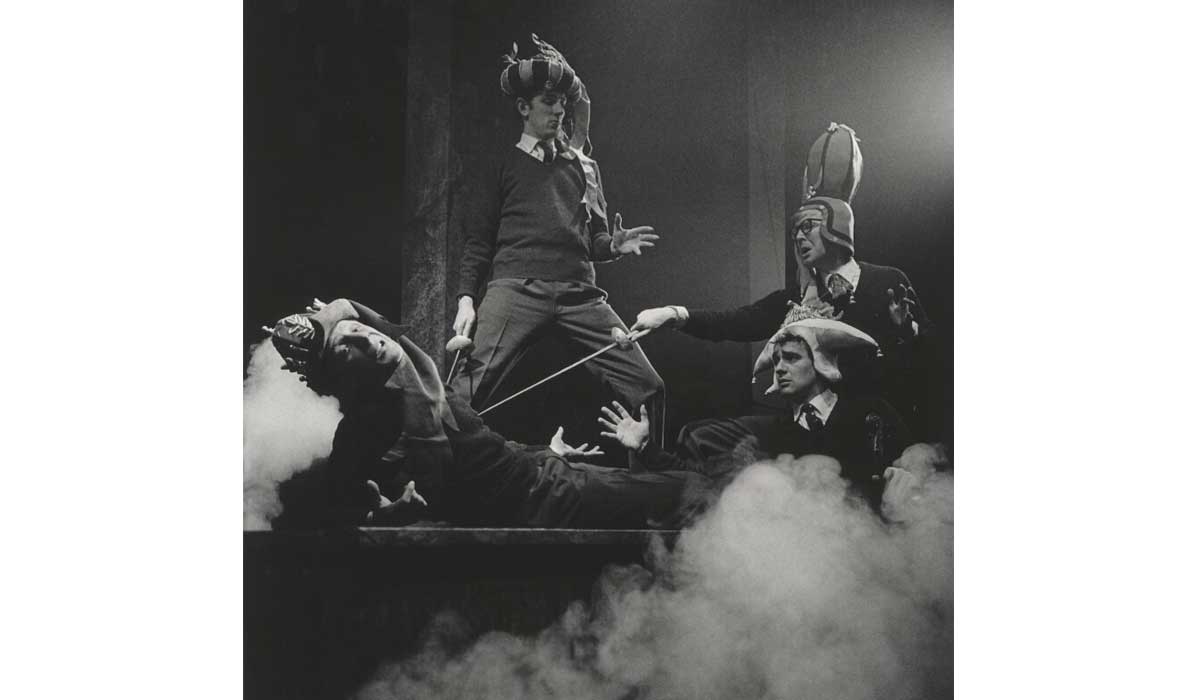 Beyond the Fringe was a ground-breaking comedy sketch show that brought new life to British comedy, and led the satire boom of the 1960s. It began as a live show and was broadcast on BBC television in 1964. Beyond the Fringe brought together and showcased the extraordinarily creative talents of Jonathan Miller, Peter Cook, Dudley Moore and Alan Bennett. They appear here in their spoof Shakespeare sketch, So That’s The Way You Like It, in which they satirised Shakespearean tropes, exemplified here by their exaggerated gestures, ironic use of dramatic dry-ice smoke and mix of modern clothing with caricatured historical headdresses, all combined for comic effect. 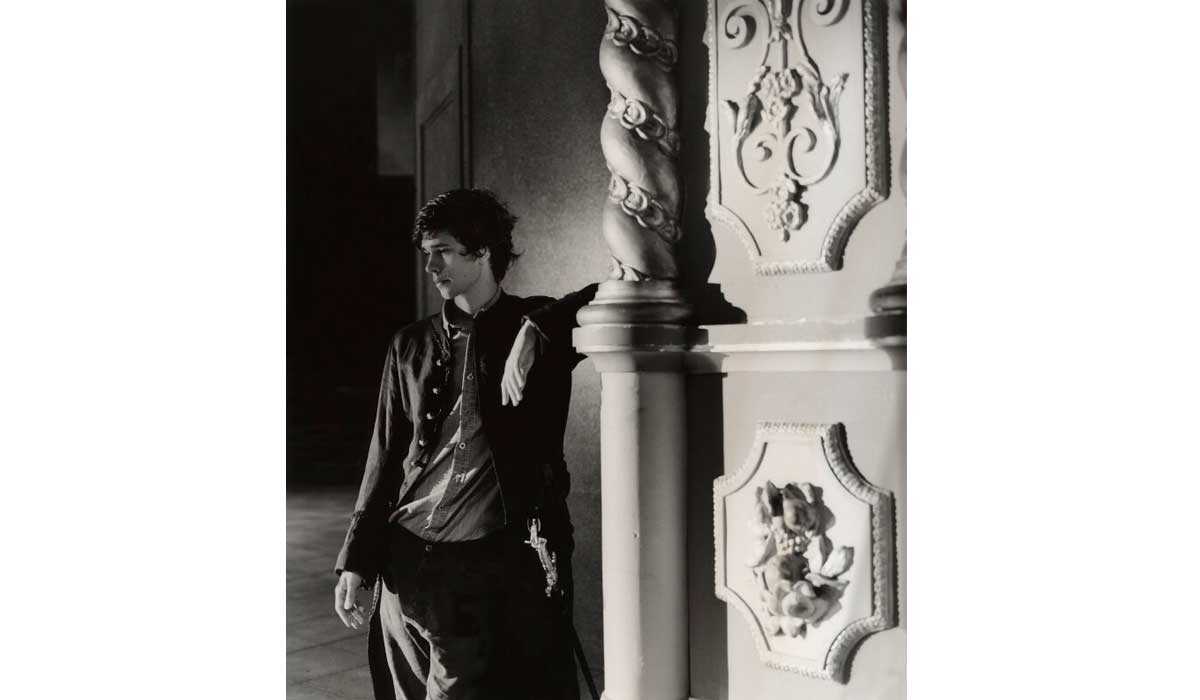 In 2004, Whishaw performed the title role in Trevor Nunn's modern-dress production of Hamlet at The Old Vic Theatre in London. His original interpretation of the role gained much critical acclaim. Whishaw is depicted here standing in shadow, symbolically alluding to the dark side of Hamlet’s character.