Curated by Sarah Parker, Lecturer in English at Loughborough University.

The invention of photography in the 1830s transformed the way poets were represented. Previously, the poet was viewed as an individual able to perceive eternal truths beyond the mundane world, and therefore associated with spirit rather than flesh. Photography lent an air of realism and embodiment, which challenged the ethereality associated with the poet. Photography’s newness and potential for mass reproduction also evoked connotations of publicity and self-exposure, connecting the poet to such earthly concerns as profit, the market and popularity.

These issues were particularly crucial to women poets, who faced the struggle of shaking off enduring associations of female celebrity with other manifestations of the ‘public woman’ (such as the actress and the prostitute). In the nineteenth century, women with a public role still had to rigorously manage their respectability. This slideshow traces the developing image of the woman poet, revealing how she negotiated photographic celebrity and forged a distinctive public persona. Whether as a scandalous performer or an elusive enigma, these women poets self-fashioned in ways that anticipate celebrity strategies today. 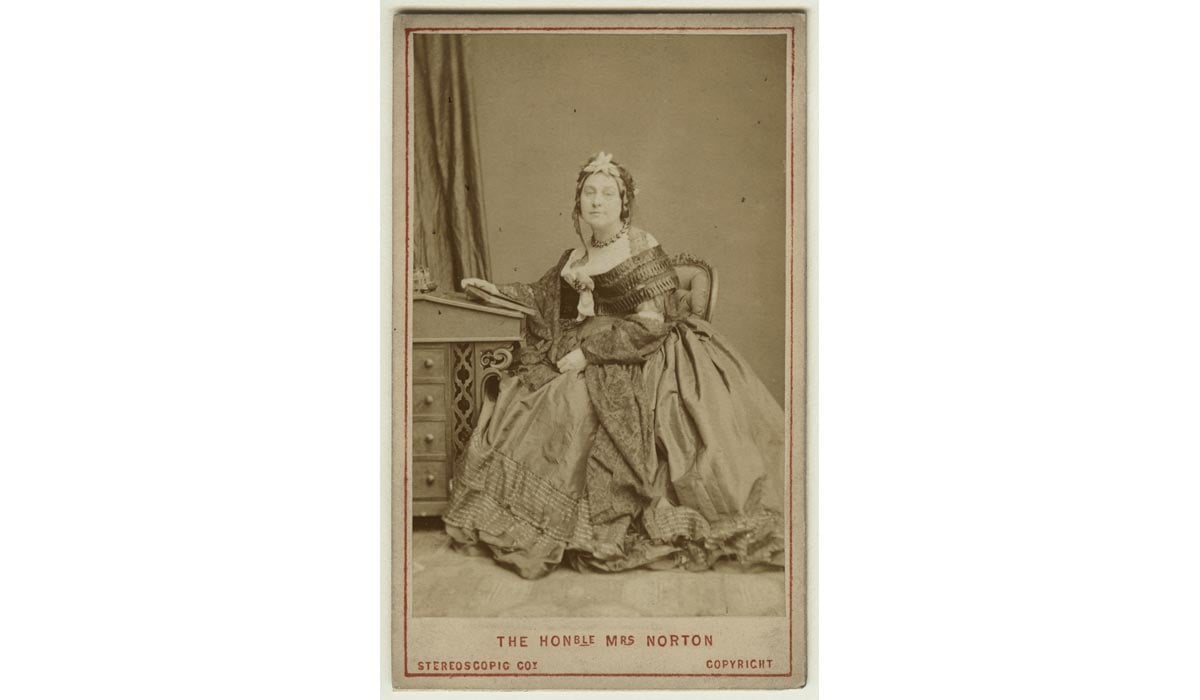 Caroline Norton is today remembered for her successful campaign to change custody laws, enabling mothers access to their children. She was also a celebrated Romantic ‘poetess’. This image is a classic example of the writing desk portrait, showing the poet apparently engaged in her work. Norton’s cap reflects her maturity (she is in fifties here), but her numerous adornments—flowers, jewellery and lace draped over her bare shoulders—hint at her status as celebrated beauty and poetic icon. 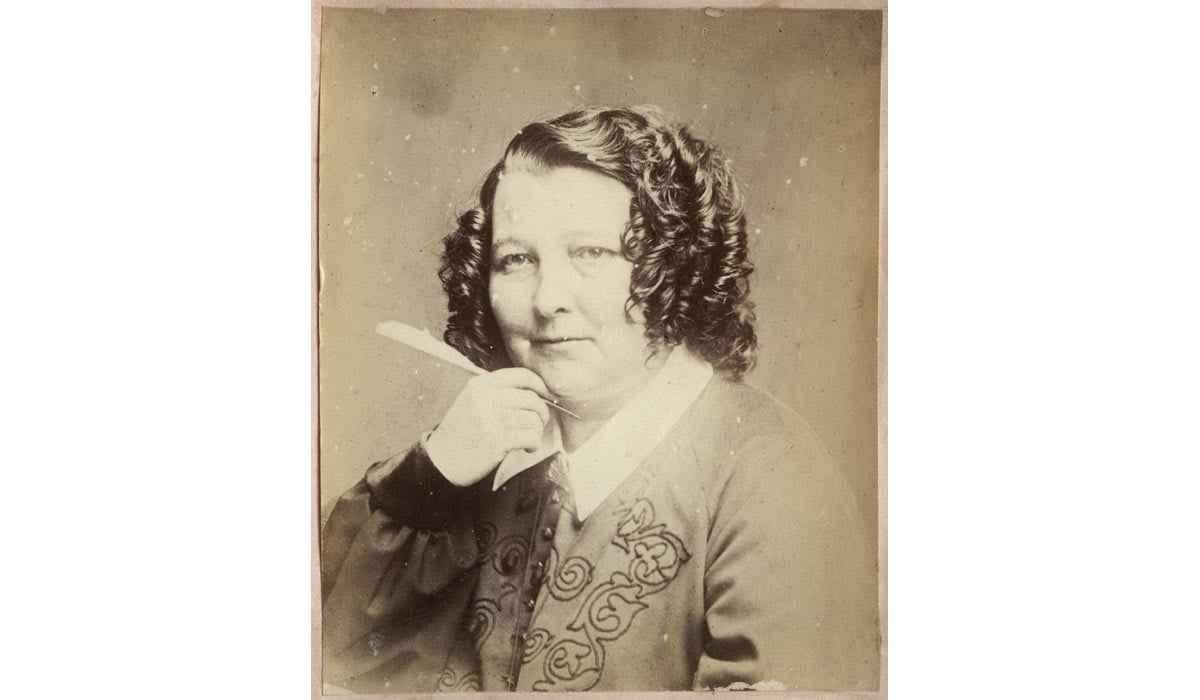 This is a charismatic portrait of the working-class poet Eliza Cook. Cook was a popular poet whose poem The Old Armchair (1838) made her a household name. She also wrote Chartist poems and edited her own weekly journal. Here, Cook confidently engages the viewer with a direct gaze, her quill pen raised as if contemplating a poem. Her Byronic white collar lends an air of masculinity. We see such androgynous self-fashioning in the later photograph of Charlotte Mew. 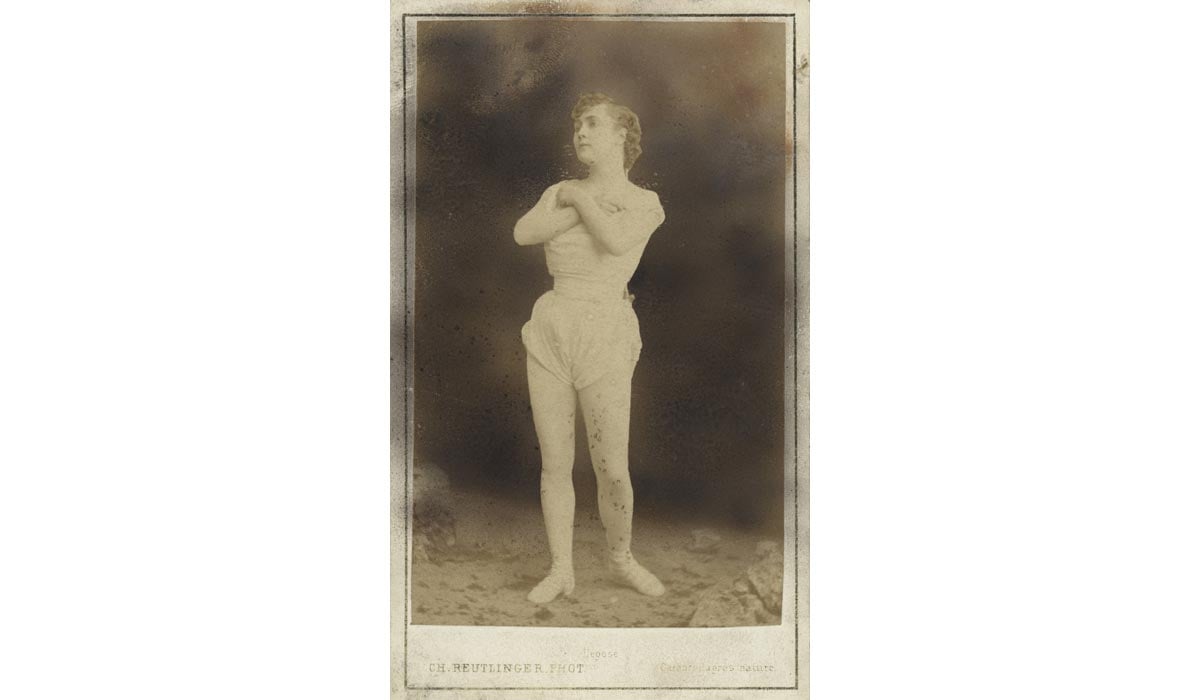 A startling example of the poet as celebrity, Menken was also an actor who rose to fame in the early 1860s in the melodrama Mazeppa (1861–66), a role that saw her wearing flesh-coloured tights whilst strapped to a horse. A savvy self-promoter, she made sure her photographic image was circulated widely. She enjoyed scandal-provoking relationships with Algernon Charles Swinburne and Alexandre Dumas, père. Her poetic volume, Infelicia (1868) was published posthumously, following her untimely death, aged thirty-three. 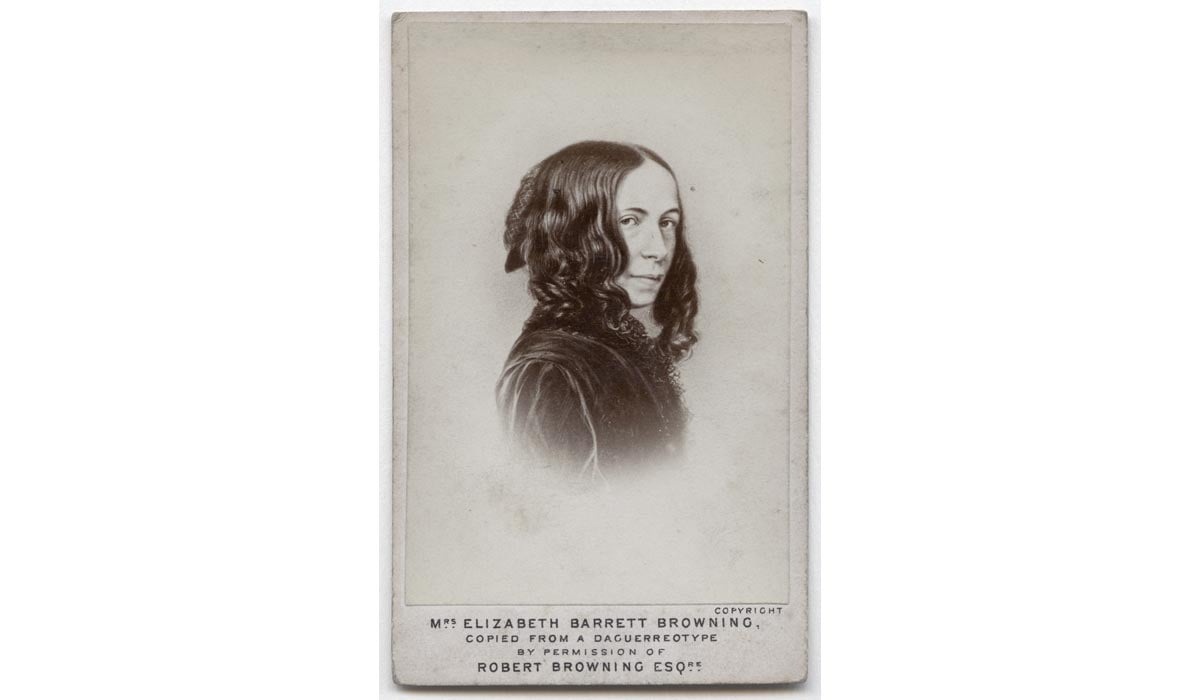 Elizabeth Barrett Browning is perhaps the most recognisable woman poet of the Victorian age. This carte-de-visite, featuring her trademark dark ringlets, is based on an engraving by Thomas Oldham Barlow, itself a reproduction of Macaire’s full-length photograph, taken September 1858. The engraving formed the frontispiece to her epic ‘verse-novel’ of female poetic ambition, Aurora Leigh (1856). In the frontispiece, the poet stands next to a desk. In Elliot & Fry’s vignette, Barrett Browning’s role as a writer is deemphasised. 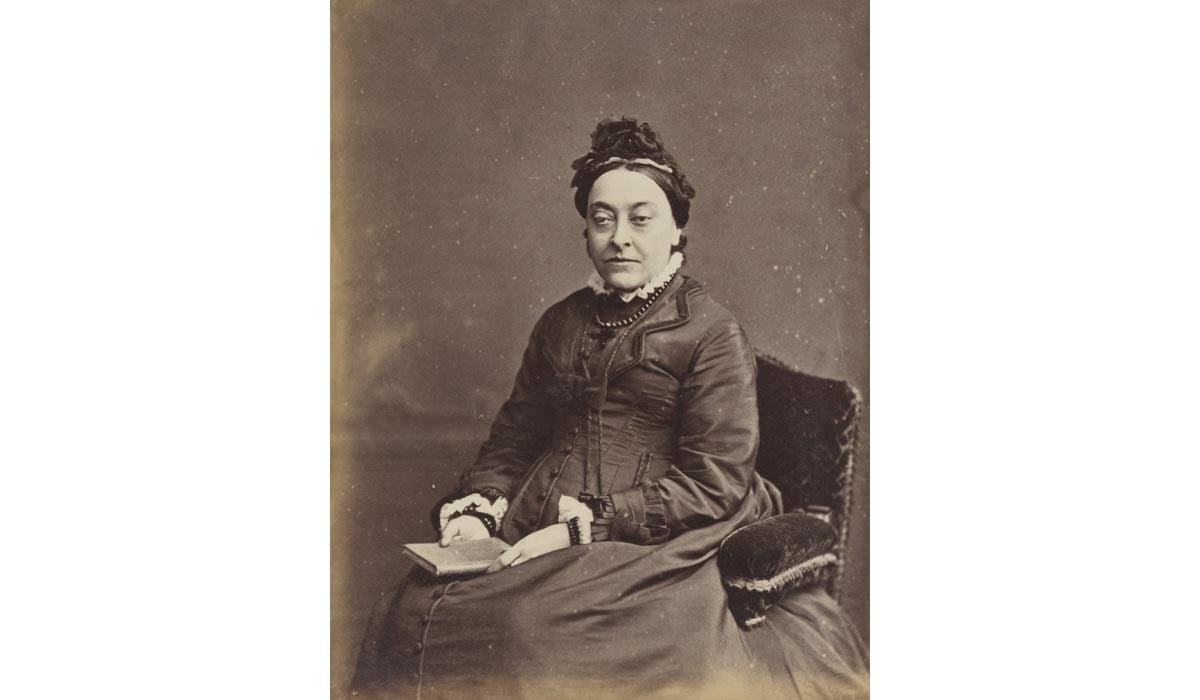 Christina Rossetti is often portrayed through Pre-Raphaelite artworks by her brother, Dante Gabriel Rossetti. She was careful to control the circulation of her image, particularly as she suffered from Graves’ disease, which altered her appearance. Elliott & Fry’s portrait provides a rare glimpse of Rossetti later in life; her brother William Michael Rossetti claimed that she referred it as ‘the idiot.’ The photograph was circulated in the 1890s—though it was seldom featured in later biographies, which appear to favour her Pre-Raphaelite idealisation.