Introduction to the Photographs Collection

The Photographs collection consists of more than 250,000 original photographic images of which at least 130,000 are original negatives. They date from the 1840s to the present day. The collection is divided into two parts; a Primary Collection of items that have a catalogue number prefix with the capital letter P and the remainder, which have a lower case 'x', prefix before the catalogue number. Items contained within albums have an 'Ax' prefix.

An introduction and history of the collection written by Malcolm Rogers was published in 1989 entitled Camera Portraits: Photographs from the National Portrait Gallery 1839-1989. It contains 150 plates in full colour of significant subjects by leading photographers with full captions on both representing highlights of the collection.

Those wishing to see paintings, photographic prints or negatives in the Photographs Collection not on display, or to consult the records of the collection, should contact the Heinz Archive and Library ([email protected] / 020 7321 6617).

Amongst the earliest significant photographs in the collection are the 3 large format volumes of calotypes (salt prints) made by David Octavius Hill and Robert Adamson between 1843-1847. Originally presented to the Royal Academy by Hill in 1863 they were subsequently saved for the nation by an anonymous benefactor in 1973. Other significant works of the 1840s include the Thomas Carlyle Album and a small collection of Daguerreotypes including images of Robert Stephenson (P4), Sir Charles Wheatstone and his family by Antoine Claudet (P154), Sir George Scharf in 1847 by Kilburn (P859) and Jenny Lind (P956)

Roger Fenton's Historical Portraits photographed in the Crimea during the Spring and Summer of 1855 and published by Agnews and an album of over 200 prints by Herbert Watkins also from the 1850s are highlights from the second decade of photography.

Other important works from the Victorian period include over 100 prints by Julia Margaret Cameron from the 1860s and 1870s, works by Lewis Carroll including The Christ Church Album (P7) and the 12 volumes of Camille Silvy's Daybooks. This unrivalled collection of over 15,000 studies of figures in society and visitors to London including Queen Emma of Hawaii were all taken between 1860 and 1866 (Albums 1-12, Acquisitions numbers Ax50000 to Ax65126)

The important role exercised by women in the history of photographic portraiture is represented by other key collections including the autochromes and platinum prints by Olive Edis (1900s to the 1930s), the early Press photography of Christina Livingston, Mrs Albert Broom, which contrasts with the stylised studio work of leading Art Deco photographer Dorothy Wilding (1920s to the 1950s) and the innovative 1930s colour work of Madame Yevonde whose career is represented from 1918 to the late 1960s. To this was recently added the large archive of Ida Kar (1908-1974) who specialized in photographing artistic life in Britain and France during the 1950s and 1960s. 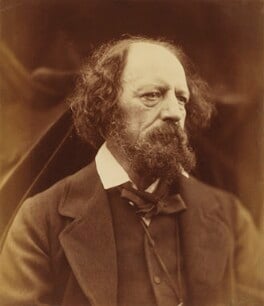 Nearly 1,000 works of which he presented the first 240 at the time of his first major retrospective in 1968 represent Cecil Beaton. This was also the Gallery's first photographic exhibition. Since then the Gallery has held a regular programme of exhibitions which has resulted in numerous further acquisitions from leading 20th century and contemporary photographers such as Norman Parkinson, Karsh of Ottawa, Bill Brandt, Jane Bown, Lewis Morley, Snowdon, Henri Cartier-Bresson, Horst P. Horst, Mark Gerson, Donald MacLellan, Barry Marsden and Polly Borland.

The Photographs Collection is housed in our Orange Street building and can be accessed via an appointment in the Heinz Archive and Library ([email protected] / 020 7321 6617). A vigorous on-going cataloguing and digitisation programme is at present in progress. Results are added every day to our website.

Explore highlights of the collection through our slideshows