The National Photographic Record began in 1917, during the First World War, at the instigation of Walter Stoneman, the chief photographer for the long established firm of Russell & Sons. A selected range of eminent people of the day were invited to make an appointment to sit at Stoneman's studio and from each sitting a mounted print was added to the NPR.
Reproduction fees from the publication of any of these photographs were shared between the photographer and the National Portrait Gallery. The collection was made for record purposes
only, with no intention of the results being exhibited.

Despite controversy caused by working exclusively with one selected photographer, the collection of postcard-sized prints of eminent people of the day grew over the years to an archive of over 10,000 subjects. Each year approximately 200 new subjects were added to an alphabetical sequence now housed in 436 boxes and viewable by appointment. Stoneman was succeeded, on his retirement and death, by Walter Bird (active 1958-1967), and then by Godfrey Argent (active 1967-1970).

In addition, the Gallery also holds approximately 10,000 NPR whole- and half-plate glass negatives taken between 1917 and 1958, arranged chronologically, which consist of up to five alternative poses taken at the NPR sitting.

In November 2005, about one fifth of the collection was added to the main NPG Search The Collection mechanism, with plans to eventually make the whole collection available in this way.
In the meantime, to mark a small display at the Gallery to celebrate 150 years since the founding of the Gallery, and as a complement to the exhibition Icons and Idols: Commissioning Contemporary Portraits, a partial year by year listing of subjects will be added and updated regularly. 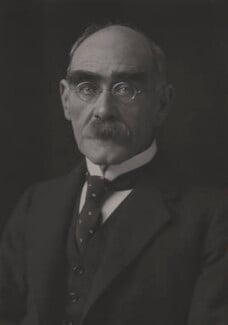 In 1971 an exhibition was staged of works taken for the NPR by Godfrey Argent, with the intention of following this with annual or occasional exhibitions of newly taken or commissioned work by a varied range of photographers. To date this series has included Arnold Newman, Paul Joyce, Mayotte Magnus, Barry Marsden, Tessa Traegar, Adam Broomberg and Oliver Chanarian. Two new commissions are in progress for 2006.