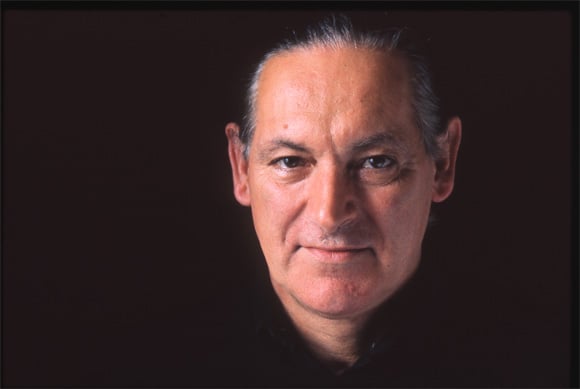 I first started taking photographs at the age of 20 when I was accepted as a student on the Photography course at Guildford Art School, under the tuition of Ifor Thomas, a pioneer in teaching creative photography. Most of the work was done on Gandolfi glass plate cameras. I longed to work outside the studio and bought myself a second hand Leica 1 with a fixed lens and tried my hand at photojournalism, hitchhiking up to London at weekends and hanging out in places like Cable Street, where I could find subjects for the gritty social realism I wanted to produce.

The photographers who influenced me at that time were Robert Frank, Bruce Davidson, Cartier Bresson and a young up and coming photographer, Don McCullin. I liked the sense of spontaneity of their work and hoped to emulate that. I was particularly drawn to the emotionally charged sensitivity in Bruce Davidson's work. I started shooting in colour for The Sunday Times Magazine when Bruce Bernard was the picture editor. He had an infallible eye, and was a great mentor. I was also influenced by a fellow contributor to the magazine Anthony Armstrong Jones (Lord Snowdon). Over the last few years while, I have mostly been doing still life work, my influences have been more from painters such as Juan Sanchez-Cotan.

I can’t say that I always wanted to be a photographer. When I left the Merchant Navy at 20 most of my friends were art students and although I had always loved art I didn't think I had the gift of drawing and painting which were considered essential in those days. However Guildford had the best photography course in the country at the time. I managed to get a place with the gifted tutor Ifor Thomas, who was an inspiration to me and that was when I got addicted to photography.

I have photographed so many people over the years. It has a lot to do with empathy and it is obviously more enjoyable working with someone that you can feel sympathy towards, also some faces are more interesting than others. Actors are some of the easiest people to work with; they have a lot of practice, and are not frightened of the camera. I enjoyed working with Michael York, John Hurt, Jilly Cooper and Prunella Scales.

I can’t say that I have ever researched any sitter. Obviously some are better known than others and so one has back ground knowledge of them, but I am not sure if it is really useful to do research about a person. Photographing someone is a visual problem not an intellectual one.

I seem to have moved away from portrait photography over the last few years, and am concentrating more on still life. I have always photographed people to commission, and I like that one doesn’t choose the subject and that there is an element of surprise involved.

I have not shot in black and white for some years. I think the work I am doing nowadays requires colour.

I recently had an exhibition at England & Co. in Great Portland Street which showcased photographs of Signals which was a Kinetic art gallery that I worked with in the 60s. My recent book on Heritage Fruits & Vegetables was published by Thames & Hudson and I am working on a similar project on plants and flowers.

Margaret Thatcher, 1974: I took this photograph at her house in Chelsea for part of a story on female politicians for the Sunday Times Magazine. Margaret Thatcher was in the opposition at the time, and had been Education minister in the previous administration. This was one of the occasions when I was taking photographs at the same time that the writer was doing the interview. This is a bit of a double edged sword as it allows you to get animated pictures, but as they are usually deep in conversation and it is difficult to interrupt, or change the position of the sitter, especially if the lighting needs changing. I think I captured something of the schoolmistress in Lady Thatcher; she certainly was a woman of conviction. (x136993)

Peter Gill, 1976: One of my favourite portraits in the NPG collection is the portrait of Peter Gill as a young man that I shot for the Sunday Times Magazine. I think it has something of the quality of an Italian Renaissance painting. I usually work further back from the sitter to take in more of the subject's environment giving clues to the life of the person. In this shot, which I originally famed in a horizontal format, I have gone in close to just capture the face and allowed the background to disappear. I like the way the hair acts almost as a curtain pulled aside to expose the face which has an archetypal quality. (x137125)

Sir Malcolm Williamson, 1974: This portrait has warmth about it that I remember was very much the quality of the man. Sir Malcolm had just been made Master of the Queen's Music and the photograph was taken whilst he was staying at a Catholic retreat. I have tried in this shot to give indications of the sitter's working environment with the coffee cups, bottles of ink, ashtray full of cigarette ends and all the props and working aids of a writer's life. Today I doubt that a composer would be still working using a pen and ink and in all probability there would not be a full ashtray in evidence. Sir Malcolm was a kind, humorous man and I think this comes across in the photograph. (x137121)