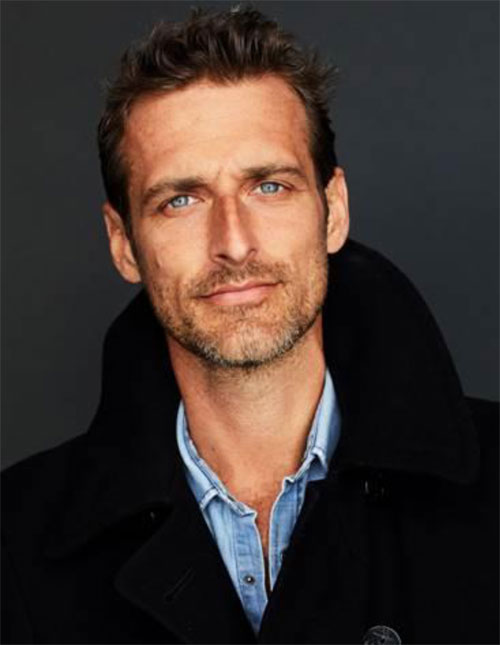 When I was eleven years old, I started taking pictures of my brother and sister. Into my teens, I started having them act out characters in photo stories.

Everything that contains imagery, from movies to old magazines, film posters and vintage postcards. My wife was a strong influence as she inspired my work towards celebrating strong women rather than the age old visuals of women being objectified.

I always wanted to do something that involved art and creativity. I started out in painting, then graphics, fashion design and, finally, photography.

Connecting with people. Breaking down barriers between photographer and the subject, and the challenge of getting someone to open up and trust you to take their photo. When I was a teenager, my biggest compliment was when a subject's mother said that she loved the picture. I wanted the people to love themselves in my photo as it represents their best side. For me, photography is perfect, as you can capture that single moment where you managed to produce a response that may only happen once.

Too difficult to answer. Each person gives different positive challenges, different reactions, different puzzles to solve. I would have to say that the Duke and Duchess of Sussex were a big one, simply to be part of such an intimate portrayal, on such a large stage. The trust that they afforded me to capture them, naturally and in love, was one that I shall not soon forget.

How do you prepare for a shoot? Do you research your sitters beforehand?

I research the subject in photos, but also in words to see where they are in their life, to find subjects that we can connect on. Also, I bring visual references to the shoot. These help me enormously to explain my ideas to the subject, client, creative team, regarding how I see the shoot, the vibe, the emotion, the lighting, etc.

Her Majesty The Queen of England on her own.

Do you prefer using colour or black and white? Digital or analogue?

Colour and black and white, digital. I have no patience, so analogue doesn't work for me!

My Creatives4Change initiative where I am asking creatives in the fashion world to no longer use fur, feathers or exotic skins. I am writing a poetry book. I have a book of celebrity portraiture coming out. We have a YouTube channel dedicated to teaching people about the workings of the fashion industry, about veganism and various other important issues. I have also collaborated with Movado watches to create their first ever vegan watch line (no leather or exotic skins).

My favourite image at the NPG is the black and white photo of the Duke and Duchess of Sussex cuddling with eyes closed. It was taken during the engagement portrait session and this was the last shot of the day. I asked the Duke to wrap the Duchess into his jacket as it was a brisk November day. We took some beautiful photos of them both facing me, with her wrapped in his coat and then I asked her to turn towards him. There was suddenly a moment where they were simply alone in their own world, in love, smiling and cuddling each other. Her hand suddenly popped out from under his collar, showing the ring, and I was snapping furiously to capture this gorgeous moment. I was so excited that I think I screamed "yes, yes, yes!" at them, to everyone’s amusement. The shot was captured and that was the end of an incredible day.