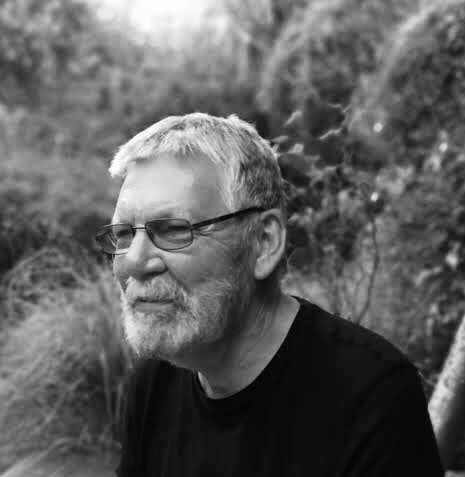 When did you begin making collages and what drew you to the process?

Like most people, collage was something I first practised in infant school. In some ways you could say I never moved on. I started collecting images, postcards mainly, in my teens but it was only when I went to art college that these activities started to take over from painting and drawing as my primary form of expression.

What or who are the main influences behind your work?

Coming across Max Ernst’s Une Semaine de Bonté was a seminal encounter for me. After that, I started to see my collages as something more than just preparatory sketches for paintings. A more enduring influence, however, has been the practice of Joseph Cornell.

What are your preferred sources for your work? And has the shift towards a digital image culture influenced the way you work?

I work from a variety of photographic sources, predominantly film stills and postcards. I rarely use contemporary images and most come from before I was born. Most of the film material is from the 1940s-1950s and the postcards are usually even older – pre-war. All the images I employ are obsolete, at least in terms of their original intended function.

The most immediately obvious influence of digital culture on my work has been in the way I source my images. Partly, this is by necessity. With the decline of my customary sources: the second-hand bookshops; flea-markets etc., I tend to buy more online. But the computer also allows me to try things out virtually before making decisive, irreversible cuts.

When did you start experimenting with film? How do you feel your films relate to your collages?

The films constitute one of the rare issues of digital technology in my work. I used to make Super 8 films as a student. The return to the medium was intended as an exploration of another dimension of the image in our culture of images from that pursued in my collages and image appropriation. These involve the seclusion of the image from the multiplicity and incessance of our media collection. The films, by contrast, were intended to do justice to that dimension of the image in our culture – its purgatorial aspect.

Much of your work makes use of portrait photographs or ephemera, often in the form of publicity portraits of actors and actresses and film stills. Do you feel traditional approaches to portraiture are relevant to your work?

Only inasmuch as these norms are a part of the vocabulary of portraiture that I appropriate and estrange in my collages.

Your work tends to resist the identification of the sitters found in the images you use. Do you feel their identities, if known, might affect readings of your work, and how?

In the Marriage, He and She series where two halves of different photographic portraits are combined to create new personae, it is mostly important that neither half is recognisable as a particular character. There needs to be a balance between the two parts for a mutual cancellation of facial legibility. For this reason, I prefer semi-anonymous character actors or forgotten film stars. Of course, time is on my side in this.

I am currently working on the latest book collection of my 3rd Person series employing circular image fragments. I am also working on a new film project entitled Kiss. 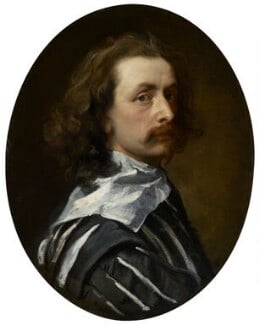 Van Dyck’s last self-portrait is one of my favourite paintings in the Collection. I have a particular relationship with this work, as I curated an exhibition around this painting, entitled Turning to See: From Van Dyck to Lucian Freud, at the Birmingham Museum & Art Gallery in 2016.