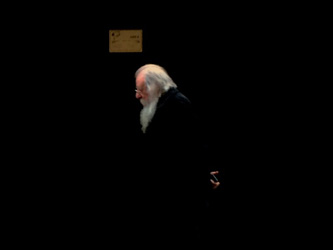 I started taking photographs when I left school at 14 and trained as a commercial artist in the art department of ‘Smiths Motor Accessories’ this training involved technical illustration, hand lettering, drawing, photography etc. one had to produce rough ideas of projects for presentation and in 1950 there was not even letraset. A ruling pen and a rolleiflex was top technology.

My influences were mainly from painters and movements like the Bauhaus, De Stijl, and DaDa. Photographers who have been of particular interest to me would be Man Ray, Moholy Nagy, Bill Brandt, Alexander Rodtchenko, Nigel Henderson and Art Kane. I guess I would also add the continuous stream of images and artists that I come across over the years along with scenes that one witnesses and captures on an everyday basis whether it be travelling, on the street, wherever. It all trickles down somewhere into the photos I take.

I always wanted to work in the visual arts.

If I don’t know the subject, I do research, just enough to make sure I have an idea of their background.

I tend to take most of my photographs in colour but have a great liking for black and white for its ability to be graphic and mask garishness.

Archiving the last 60 years worth of photographs and preparing prints for exhibiting.

Tony Hancock (1966):  I photographed Tony Hancock in October 1966, the photos were published in Nova magazine November 1966.He had just split with his wife and was living in an empty flat; a table and a couple of chairs, some cardboard boxes full of lp's and a cheap portable record player to play them on.I had had four previous appointments with him but was shooed away by his house keeper at the doorstep telling me that Mr Hancock was unable to see anybody that day.On the day we did take the photographs he came up behind her just as she was about to send me away again and invited me in.It was 11 o’clock in the morning and the flat was in darkness, the curtains drawn with only a bare light bulb over the table.He offered me a chair opposite him at the table and poured me a brandy. We talked and drank for a couple of hours or so then he drew the curtain back on one of the windows and said I could photograph him. It was still pretty dark, he played some records of Judy Garland,Frank Sinatra, Chevalier etc. danced, mimed and made fun of them. Of course he was quite inebriated , me too. At about five o’clock I staggered into the street hoping there were some usable images on the film. (NPG x199145)

Barbara Hulanicki, 1965: The picture of Barbara Hulanickiwas taken in her first Biba shop in Abingdon Road during a shoot of her clothes for Vanity Fair, February 1965. In the picture Barbara is wearing one of her suits. (NPG x199146)