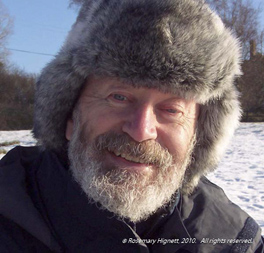 When I was about fifteen years old. A pal and I started the school camera club.

That’s difficult, because I don’t usually set out with the prime purpose of taking photos. It’s the subject which interests me so I go and investigate, to learn about it. For instance, when I was at art school, I saw on TV a play about Summerhill School (the democratic school founded and run by A.S. Neill where kids go to lessons only if they want to). I sat bolt upright. This was fascinating. So I wrote to Neill and asked to come have a look and take photos. That’s how the photo of him came about. Similarly, I’ve always liked architecture and jumped at the chance of becoming a part-time lecturer at the Architectural Association School of Architecture in London in the 1970s, which is where I met and photographed the architect Walter Segal. When I first arrived at the Architectural Association, the students would photograph buildings without people. There was some sense to that but I encouraged them to also take some with people saying that if the buildings are not for and about people, what are they for? I had some success with this.

Henri Cartier-Bresson was able to distil the essence of a situation into a single elegant image. Edwin Smith, who worked with his wife, the writer Olive Cook, took some of the most beautiful and memorable photos of buildings and people.  Paul Strand took timeless images. I marvelled at their works then and still do today.

No, I first thought about engineering, but a visit to an engineering works with the school showed me the realities of daily life in the factory. Then I sat in on some lectures in Regent Street Polytechnic’s Architecture Department and decided the quality and breadth of knowledge and abilities needed to succeed as an architect were beyond me. But photography would let me ‘explore’ so many professions, avenues and ideas. And that’s how it has worked out.

I like talking to people, chatting about them and what has happened to them, their road taken. If the chatting goes easily, the photography just happens. They’re not ‘having a sitting with a photographer’ but just talking about themselves, which most people get little enough chance to do. Sometimes, they would talk about something unknown outside their family, but of which they were rightly satisfied or even proud. It's easier for a photographer to take this approach than a painter, I think.

I’ve enjoyed them all in different ways. Although I do like to talk with them, there are times when this hasn’t happened and I was an observer of something they were engaged in. The photo of Vanessa Redgrave is one of these. I was at art school in Guildford and had heard there would be a big march, so I borrowed a college camera and hitched to London to photograph whatever happened. At one point, the march stopped, on Charing Cross Road I think it was. Vanessa was holding the letter to be handed in at the American Embassy and, for a moment, she looked extraordinary, like one of those carved figures on the prow of a distinguished sailing ship. Next to her was Tariq Ali and, just visible to his left, a very young Richard Branson. Richard was seventeen years old and had just started his magazine, Student, which would give the sort of advice that young people wanted and which official channels wouldn’t give. He was an entrepreneur even then. I used to pop into his office and talk about which subjects he might cover in the magazine.

If I’m doing it for me, I would already know something about them. If for a magazine, yes, I’d do lots of research, except sometimes there wasn’t time. I’d be given a name, an address and much encouragement to get around there right now. This meant I could arrive not really knowing who they were or what they did. I found a good early question was ‘... and how would you describe what you do?’

They seem to just come along. For instance, I work a lot in schools, always have done, and am privileged to see gifted people do significant work. Watching and photographing Special Needs teaching staff and the relationships they develop with the kids is a highlight for me. Those people are not, and will never be, well known, but their work has such a profound effect on so many kids and their families. Who to photograph next? I don’t know. I’ve been working with a professional repertory theatre company, no famous names, but a hugely talented and hardworking group. Of the famous? Baroness Helena Kennedy QC, human rights lawyer, who I met last year. She has a twinkle in her eye.

You know, I’ve never seen the difference when shooting. First is the talking, the mood, the expressions, the physical positions, the light. Whether it’s in black and white or colour, that comes quite a way behind the feeling at the time.

For the last couple of years I’ve been scanning my old black and white negatives and putting those stories on my website. People from those days get in touch out of the blue. It’s lovely. Middle aged people can see themselves as they were, as kids. Sons and daughters can see their parents in their prime. This morning I heard from a lady whose husband I’d photographed in the 1970s when he worked on an important educational project he was running and I was interested in. She wants to surprise him with a set of small prints. To me, that’s a great use of photography and the web. Over the summer of 2016, I put on an exhibition at Guildford Museum and produced forty-five black and white postcards of my work from the 1960s and 1970s. The production values are high, but they’re cheap enough that anyone could buy some. I like that sort of accessibility.

Technology moves on. Right now I’m replacing my big and heavy Nikon cameras with a much smaller and lighter mirror-less system. I have had one of these cameras for some months and noticed I take it with me each day whereas the Nikons stay in the cupboard. It makes taking pictures much easier and, as I’m not very technical and don’t use flash, means I take more photos.

My favourite one must be Vanessa. It was the best shot I took while at art school and at an event which proved much more important than I could have imagined. (NPG x6394)

Then the one of Liz Fritsch who was not as famous then as she is today. We both lived in an art centre in Hertfordshire with a load of other artists. Liz was two doors down from me on the same corridor. No-one had any money, but it was a very creative time. (NPG x199688)