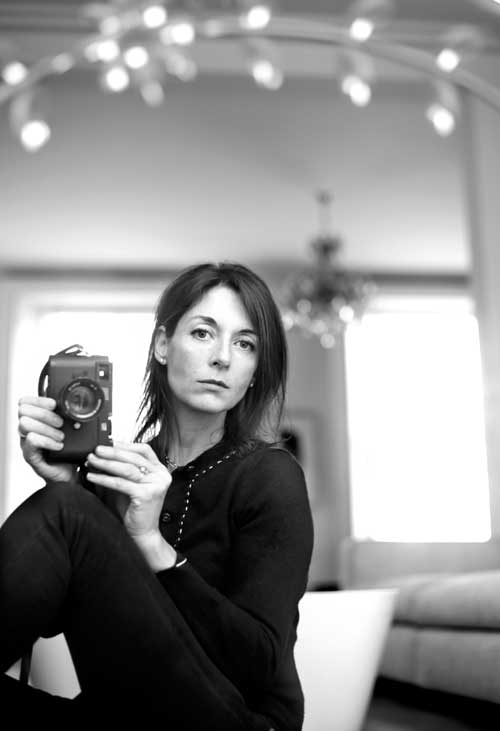 One of my earliest memories was my mum taking me to her little dark room in Soho. The sight of an image developing on paper in front of my eyes was magical. I really started to focus on photography when I left home and was living on my own in London. It was then that I really turned my main focus on the world around me. It suddenly clicked. I started looking for moments. That was the beginning of me taking it seriously.

My imagination was originally sparked by beautiful black and white hand prints I had seen in exhibitions growing up.  Edward Steichen was an influential photographer and brilliant curator. The Jacques-Henri Lartigue book, Riviera, was a favourite of mine, as he captured that scene with such ease and style. Then I really connected with Diane Arbus, for her exploring her own city and finding those characters that had maybe been overlooked before. She shone a light into the dark corners. I was lucky enough to meet Eve Arnold. Her experiences were extraordinary and her images so powerful. And, of course, my mother, Linda, was such a positive influence. We had the chance to discuss photography together and I got to pick her brain. We had a very similar eye and style.

I think it was probably in my DNA. I write this on the way back from Glasgow where I spoke at a retrospective exhibition of my mum’s photos. It struck me what a powerful influence that has been in my life.

I am really interested in people, every face holds many stories. Portrait photography can be really challenging and exhilarating, for me it is about connecting with my sitter, it is a collaboration. That trust required is very interesting to me, coaxing that face to tell the story I’m looking for.

I was invited to take the official portrait of Her Majesty The Queen at Buckingham Palace to mark the anniversary of her becoming the longest reigning monarch. A remarkable person. That’s pretty hard to beat.

How do you prepare for a shoot? Do you research your sitters beforehand?

I research my sitter, then my aim is to make my sitter feel at ease. We need to bond in some way, that way there is the possibility for me to capture something new and unexpected. I use as much available light as possible. If I do need to use lights, I use continuous lights. I am not so keen on flash.

I have a very long list, the world is full of extraordinary characters.

Do you prefer using colour or black and white? Digital or analogue?

I favour using negative film, as that is what I learnt on, and it has that depth that always wins me over. Digital can mimic pretty much everything, but negative has that analogue feeling that I think somehow connects you more to reality. I do, however, turn to digital for more low light situations.

I was commissioned to photograph the amazing portfolio of contributors for the Gay Icons exhibition. I went on to visit each subject in their own environment, to get to know them within their own personal space, which allowed for the photographs to be more personal. It was a dream commission for me and so, so interesting, such talented subjects.