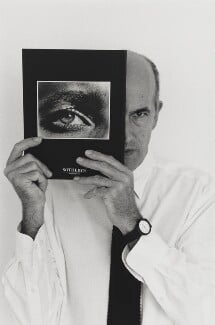 As a child. I felt the need to cling to a tangible trace of certain experiences; making photographs seemed like an easy way to achieve this. In practical terms, I had no idea what I was doing. As a teenager, in the mid-sixties, I started to understand that a good photograph needed to be more than information fixed haphazardly on film; I came to realise that I needed to bring a point of view and a certain rigour to the process.

My influences are many and varied. I have always, even as a child, been fascinated by many facets of the visual arts; since 1970, I have worked in the auction world; in 1971, I first focused on photographs as one of my specialist areas. My exposure to the full history of photography has been immense, as has my exposure to the wider story of art and creativity. Of course I have my specific heroes and have learned a great deal by analysing their work and reflecting on their unique perspectives. The key lesson that emerged for me, however, was that one should not imitate one’s artistic role models’ work but should, rather, emulate their ability to be true to themselves.

I would like to think that, whatever technique I have acquired and whatever pictorial devices I have learned, my photographs – which, I hasten to add, are always technically very straightforward – reveal something of their maker as well as of their subjects.

My playful answer would be that I still want to be a photographer. I am an amateur and for half a century have pretty well kept this obsessive passion an entirely private matter. I have no desire to be a professional; I prefer to freely follow my own curiosity, beholden to no-one. But, as I approach 70, I have my wife Lucilla’s words ringing in my ear: ‘I would not feel qualified to curate a posthumous exhibition of your work, so get on with it!’ The time has come for me to show my hand.

Portraits represent a tiny proportion of my photography. In fact, the great majority of my pictures are deliberately devoid of people. I like to photograph places and spaces that echo the people who have passed through, and I am fascinated by the poetic, melancholic atmosphere that can be felt in their absence. That said, I do enjoy and appreciate the ineffable bonding, the positive, unspoken, irreversible exchange that emerges from making a portrait. 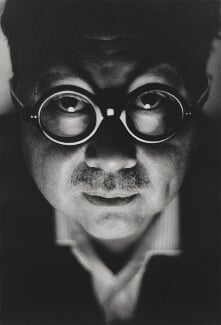 Some can be wonderfully cooperative, others a little more challenging. The Michael Chow picture, for example, demanded his full engagement. We were having dinner in New York in one of his restaurants; the table had a light shining up from below through a circle of glass in the centre, diffused by the linen table-cloth. I saw the potential film noir atmosphere I could evoke if I exploited this light. Michael, incidentally, has been in many films and is a great film buff. He cooperated readily with my very precise instructions as I positioned him just right in relation to the light source. The picture was then made easily, in an instant. 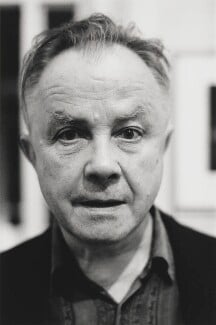 Bruce Bernard was another matter. I knew him reasonably well and was at the opening of an exhibition of his own photographs at a gallery in Portobello Road. I asked if I could make a quick picture of him. He replied with a grumpy ‘No!’ I retorted, ‘Oh Bruce, surely…,’ to which he said, ‘Just one!’ I knew I would have only a single chance, so had to figure and frame the picture fast. This was typical Bruce, and I think there is a sense of that contrariness in the resulting portrait.

No. I photograph people I know, people I am fond of, people I admire. The other side of the equation, of course, is that they know me, so there is generally an easy complicity.

Surely, but I have no idea whom. It will just happen. If you always remain alert – and carry a camera – serendipity becomes your friend.

The answer is right there in the prints that the NPG has acquired. They are all black and white. I have made colour portraits, but more often than not, the colour adds nothing to the mood and can be a distraction.

The acceptance of this gift of prints by the NPG has motivated me to make more portraits, on black and white film, after a few years in which I have been enjoyably preoccupied with colour, liberated in many ways by the versatility of digital photography.