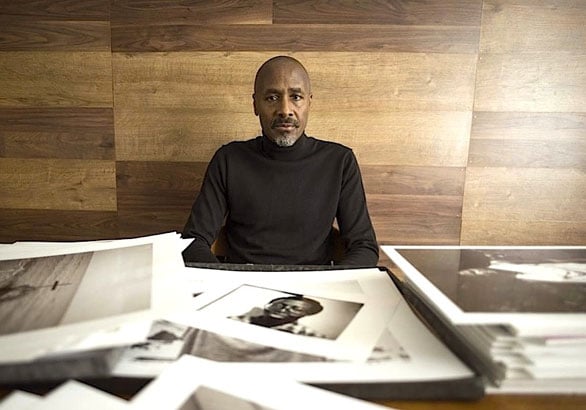 The influences are wide ranging. My first vivid memories of really looking at photographs was by reading National Geographic and Readers' Digest. As a ten-year-old West Indian living in England, these magazines allowed me access to cultures I had no knowledge of. In the early 1980s, I purchased a 35mm film camera, a Canon AF, which is still in use today. The fact that I only had 36 frames at my disposal taught me about patience and economy. Later on, photographers such as Paul Strand, Gordon Parks, Leonard Freed, Henri Cartier-Bresson and Diane Arbus heavily influenced me. The immediacy of their images and how they conveyed a 'visual language' was and still is a source of inspiration.

No, the photography came later. In my younger days, I was heavily influenced by Impressionist painters like Georges Seurat and Camille Pissarro. I couldn’t afford brushes, paints or canvases, so I would use fountain pens and various inks to create dot paintings. Black and white film has a similar grain-like quality.

The relationship and trust that has to be achieved in a short time frame. The  sitter has two eyes, the camera has one eye and the photographer uses one eye with the other one closed.

Now this is a difficult question to answer,  however I would say Julie Christie in 1990 and Sir Lenny Henry in 1987. Both sessions were quick and enjoyable, the results were great. John Akomfrah was also fun. In 1985, I had been taking photographs of him during the filming of Handsworth Songs. We were in the city centre and some young boys were riding Chopper bikes, John asked if he could have a go, they agreed. This was during the 1985 Handsworth riots. Capturing that moment of joy after so much tension had unfolded was a very important moment to document.

Usually I don't research before a shoot. The individuals I have photographed, either I have spent time with them or their work is well known to me. With inspiring people, such as Stevie Wonder or Jesse Jackson, they radiate a majestic aura. However, in order to capture the moment, the subject, camera and I have to work in total unison.

So many, however I'd say Barack Obama and Oprah Winfrey, ordinary individuals who have achieved extraordinary things.

The majority of my photographs are in black and white. I usually shoot with Ilford HP 5 @ 400asa. The fact that each frame is completely different is so enticing. There is a quiet unstability in the nature of film, you never know what to expect.

Working on my ongoing projects including Schwarz Flaneur. For the past few years, I have been researching moments in history and reworking a number of 35mm images into conceptual forms. A difficult process, it's not easy to transfer what is in the brain to paper. 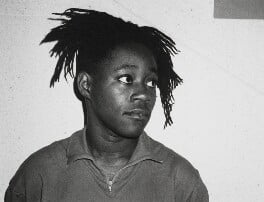 The photograph of Sonia Boyce was taken in Handsworth, Birmingham, in 1983, at the time she was studying at Stourbridge College in the West Midlands. Sonia came to visit, we talked for quite some time and she allowed me to take a number of portraits. There is so much tranquillity, warmth and calmness in Sonia, her art transends so many boundaries and encorporates historical traditions. In 1984, Lubaina Himid and myself curated Into the Open, a major touring show of contemporary work by black artists in Britain. It was an  honour to include a number of Sonia's artworks for the exhibition. 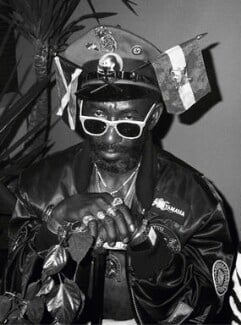 Lee "Scratch" Perry, legend, musical genius and much more. The music he produced at Black Ark studios in Jamaica are classics and his contribution to world music is unquestionable. I had the opportunity to spend a considerable amount of time with him. We spoke about everything including Bob Marley, religion and space travel. The iconography on his clothing was fascinating, each portraying an alternative narrative. The photograph was taken in 1987 at Island Records 25th Anniversary at Pinewood Studios. We arrived in a stretch limousine. During the evening and early morning, a host of musicans greeted and paid homage to the man they simply called "Scratch".

Fair Share For Artists: Pogus Caesar on the importance of royalties