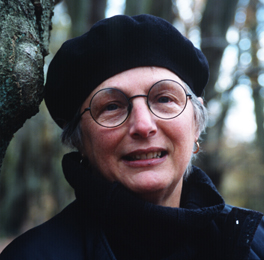 When did you first start taking Photographs?

In 1954 I was given an odd looking Russian camera for my 16th Birthday by my parents. This was after I had rather brazenly said I wanted to be a photographer the Christmas before. It was definitely not the beginnings of a passionate wish but because I had found in the back of my Schoolgirls Diary that I could go to the Regent Street Polytechnic with one O level and study photography. At that time I was in the middle of studying for my O levels and had dismally failed the mock exams, but had a modest hope of passing one at least. And that is exactly what happened. I had a successful interview and managed to get onto the photographic course at the Polytechnic.

I didn’t pass my final photographic exams but thankfully got a job as assistant and my test for that was to carry a rather heavy 2K light up a long flight of stairs. As I had developed very strong muscles from my real passion for sailing in 14ft International dinghies, I did pass this interview. I definitely felt the assistant job was second best because I had really wanted to be a boat designer. But, as I had no maths and none of the boat yards would accommodate girls, I could see it was going to be a non-starter.

I got going rather slowly taking portraits, starting off with my immediate family. I can’t say I was especially passionate, but at least as an assistant, I was allowed to use the studio to photograph a band called the Alberts, who I was hanging out with at the time, I found I really enjoyed myself and the rest is (my) history.

I was lucky enough to have two photographers within my parent’s circle of friends and they were very kind in giving advice and help. Michael Wickham was part of my childhood and he sometimes took me with him when he was photographing other children in the holidays when I was 12 years old. He was quite relaxed in his way of working. He mostly did interiors and portraits. He also made furniture and was a wonderful painter.

When I was 16 in the holidays I worked for a portrait photographer called Douglas Glass. He was the complete opposite, full of energy and photographic knowledge, and extremely particular about how things were done. He spent a lot of time researching his sitters, of which there were many. Every week he made a portrait of some eminent person for The Sunday Times, sometimes on location and sometimes in his Hammersmith home. I was lucky to assist him on several of these and, although I was not allowed to stay in the same room while he worked, I was always just out of sight and would listen to him talk to his sitter.

I went to New York a few years later and got to meet Gordon Parks and quite a few of the Times-Life photographers, and this opened out another side to photography. Speaking to them and looking at their work was a revelation. The energy and adventure that you felt while looking at their photographs was really stimulating.

Reportage photography has been the biggest influence on my life. The pictures were so full of unexpected, interesting challenges and how these photographers worked was so varied. Amongst them the most important for me was Henri Cartier-Bresson and the Magnum photographers. As I became more technically proficient and started to take fashion and theatre pictures, I began to appreciate Penn, Avedon and Tony Armstrong-Jones in London in the early 60’s. All these influences gradually got me going and I realised I had found what I wanted to do. As I have gone on I have learnt and been influenced by looking at all sorts of things and people especially portrait painters and how they see light.

Over the 50 or more years I have been a photographer I have found that the unknown challenge is more stimulating than the controlled known one.

If I can, I will always make a portrait of someone in their own space, not mine. I certainly always feel apprehensive wherever we are, but for me it is more interesting to meet them on their own patch, where they should be more relaxed and therefore be more themselves. I am always hoping that my pictures will reveal the unexpected or chance characteristic move that says something about the subject as a person. Once I have found that there is an amazing feeling of having captured something special.

I certainly don’t achieve that every time, but I have more often than not, as I did with Richard Hughes, Lynn Chadwick and Tom Courtenay.

Do you Research a sitter before a shoot?

If it is at all possible I will always research a sitter before a shoot. You never know when the information will come in useful and I always feel more secure having some knowledge of who is going to be sitting for me.

I look for people who make things with their hands and have a rhythm of working so that they do what they do with complete absorption. If you were to ask them to stop and repeat a movement, they probably couldn’t because their concentration on what they are making is so deep that they aren’t aware of what their hands are doing. It could be an artist in mid-creation or a seamstress, a surgeon or a gardener. There are so many people who have interesting occupations using their hands. While they are working on what they are doing, they are completely absorbed and will probably forget I am there.

I will always prefer working in black & white for portraits. It somehow seems to concentrate ones eye on the sitter in a way that colour very rarely can, especially when working on location. The background can quite often divert one’s attention in colour, whereas in black & white it just becomes a shape or a tone that still has to be thought about, but is usually easier to accommodate.

I have been commissioned to work on a book of photographs incorporating a project of mine which will be extremely difficult but very rewarding, if I manage to make it work.

Favourite works by the photographer in the National Portrait Gallery Collection

This photograph of the broadcaster, Gilbert Harding, for Queen magazine was one of a series of celebrities and their dogs. My assignment was to show how they had chosen dogs who looked rather like them.

Harding told me to be on a particular platform at Paddington Station, and he would be there 15 minutes before his train left. In those days I didn’t need to get permission from the station and I was there early and waiting. He told me to hurry up and get on with it. As I began to shoot, he picked up the dog and his whole personality changed. He became this soft gentle man who clearly adored his dog. Of course I was delighted that his bad temper had evaporated, and this difficult man was suddenly charming. If the dog hadn’t behaved it would probably have been a different story. (x135456)

I worked on quite a few films with the director, Tony Richardson, in the 1960’s, and this one was The Loneliness of the Long Distance Runner. The weather was so cold you could hardly breathe.Tom was waiting to be filmed running the long distance race in shorts and vest only. He was so cold that he had wrapped his hands up in the bottom of his jacket to try to keep them warm, and he was jumping up and down, sort of jogging on the spot. I was lucky to be in the right place at exactly the right time. As he turned round I was there to take the picture, catching that wry smile, with Tony Richardson in the background. (x135066)

Richard Hughes was an author who wrote amongst other novels, High Wind in Jamaica. I had known him, or rather his children most of my life. He was an extremely strong man and very good at giving us adventures. He was quietly spoken and would always dare you to be doing something you were quite scared of. As very young children he would encourage us to climb up him and stand on his head, which took a while to learn how to do but, once achieved, gave one a great feeling of elation.

He was the first person who I knew quite well that I was asked to take a picture of for the jacket of his forthcoming autobiography, A Fox in the Attic.

He was living in North Wales near Harlech, and I decided to photograph him there rather than his London flat. His publisher asked for him to be photographed wearing a suit and tie. I tried this but felt even though he was at ease that this wasn’t the man I knew. I felt rather dejected as he was running out of time, and maybe patience, though he didn’t show it. As I was packing up the car he came out in his old checked shirt and his pipe with something he was going to mend. He had bare feet (he normally did) and he stood by the wall, apparently not noticing I was still there. Luckily, I still had film in my camera and within a trice I had the picture I wanted of the man I knew. Euphoric, I drove home excited and impatient to process my film and see if it had worked --though in my heart of hearts I knew it had.

This picture was used all over the world to publish his work and when I arrived in New York for the first time in 1961, It appeared on the front cover of The New York Times literary section It was the best introduction I could have had for going round seeing the New York Art Directors. (x135459)