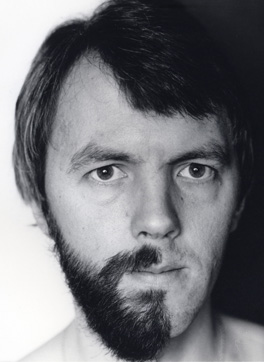 Self-portrait by Terry Smith, circa 1975

I started taking pictures after my dad bought me an Ilford Sportsman 35mm camera for my fourteenth birthday in 1959, though I had already been smitten with photography having assisted him in his hobbyist's darkroom since the age of eight.

After leaving school at the age of fourteen (don’t ask!) I got a job as a copy boy for Time-Life International in 1960 when I was just fifteen years of age. When I was not running errands I got the chance to assist many of Life’s great photographers: Alfred Eisenstaedt, Ralph Crane, Hank Walker, Mark Kauffman, etc, all of whom gave me invaluable advice. I later gravitated to portrait photography after steeping myself in the work of Irving Penn, Arnold Newman, David Bailey and many others.

Yes. But I didn’t have the confidence until I was in my late twenties. Stupidly, I turned down an opportunity to join David Redfern in 1964 when I was nineteen. David, who was essentially a jazz fan, had just started to expand his coverage of rock music.

The actors Sir Laurence Olivier and Klaus Maria Brandauer. I had 30 minutes with Olivier in a suite at the Savoy Hotel in which I’d constructed a makeshift studio. He was in his cups having had a few brandies after lunch, and he launched into his full ‘Archie Rice’ routine in front of the camera – priceless! Brandauer, whom I photographed in a snowstorm on a mountainside in Austria, could not have been more cooperative. As we left his chalet for the shoot he said to me: “With luck and bit of magic we will make a good picture!” I like the expression “make a good picture,” rather than “take a good picture,” because most of my portraits were indeed made – i.e., there is what I like to call a “contrived spontaneity” about them.

After being given an assignment to photograph a well known personality, I went out of my way to avoid seeing existing photographs of that person for fear of being influenced by a good shot. What a disaster to take the same shot as another photographer!

My style of portraiture is deeply unfashionable so I shan’t be photographing anyone famous again. The greatest missed opportunity in my career, however, was when I was assigned to photograph Aung San Suu Kyi. The air ticket to Burma was in my pocket when the news came that she had been placed under house arrest.

I count myself fortunate in that I worked in the last couple of decades of the black and white era. The two disciplines are very different. For me, black and white [photography] is about the grey scale, line, form, balance, etc. The truth is I don’t know my way around the colour wheel, with the result that I’ve had many a promising shot ruined by an intense colour making itself felt on the emulsion. To this day I don’t see things in colour. I see only the composition. Also, in my era, the constraints of colour film’s slower emulsions inevitably led to a loss of spontaneity.

Manfred 'Fred' Uhlman, March 1977: Fred Uhlman was aged seventy-six at the time I photographed him at his home in Hampstead, London, in 1977. A gifted polymath – lawyer, artist, novelist and a leading collector of African tribal art – Uhlman's manner was that of a slightly distracted, benign intellectual. I was not surprised to learn that on his death in 1985 he donated his entire African art collection to the nation. It can still be viewed at Newcastle's Hatton Gallery. In my opinion, the magnanimous gesture of an altruist.(NPG x199432)

Giuseppe Fazio and Caitlin Macnamara Thomas, 1980s: I photographed Caitlin Thomas in 1987 at the home she shared with her long-term lover Giuseppe Fazio in Catania, Sicily. She was seventy-two at the time and it is one of my favourite portraits because I think all the tragic events of her life – bereavement, abortion, her battles with alcohol and mental instability – are etched on a face of extraordinary dignity. (Fazio is seen in the background of the picture.) (NPG x199433)