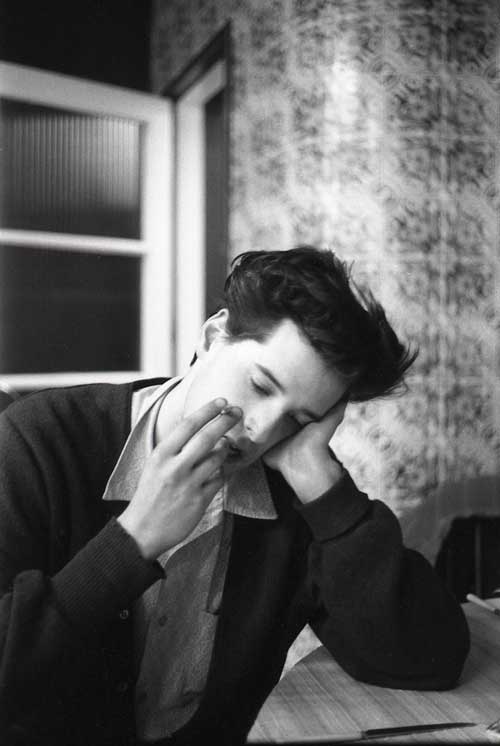 Seeing John Deakin’s portraits at the V&A in its 1984 exhibition The Salvage of a Photographer, mounted by Deakin’s friend, the great picture editor Bruce Bernard, was revelatory.

What is it about portraiture that attracts you?

The possibility that one might record a living presence.

And how do you feel photography is particularly effective for portraiture?

Things happen in a portrait photograph which one cannot foresee. Unintended elements appear, unbidden. Making a photograph can lull one into a false sense of control. The reality is quite different.

How do you prepare for a shoot?

I make a list of my kit and check my cameras.

Do you research your sitters beforehand?

Yes, although I have often found that whatever I discover doesn't necessarily help towards the making of a successful photograph. There seems to be an indefinable distinction between who a person is and what he/ she does, if that makes sense. The encounter is often with a fellow human being one has never met before and it is this, more than anything else, which is most thrilling about the whole process. To arrive with too many preconceptions is to subdue one's own response. Oscar Wilde famously quipped: 'My first impressions of people are invariably right'.

Such a difficult question as there are so many people I've yet to meet and I'd like to photograph them all. If I had to choose one: the poet, Alice Oswald.

Do you prefer using colour or black and white?

Colour. The question evokes Marius Goring’s line, as the guillotined French Revolution aristocrat in Powell & Pressburger’s cinematic masterpiece A Matter of Life and Death (1946), when he says of Heaven, whose scenes in the film are shot in black and white: ‘One is starved for Technicolor up there’.

My first love is analogue for the sheer beauty of the process: the turning of dials, the uncertainty of the outcome.

I am collecting a book of my photographs shot in Rome.

I think my favourite pictures are probably those of Rose Wylie, Leon Kossoff and Adam Phillips, because they invoke for me a very strong sense of time and place and the emotions surrounding the idea that once a photograph has been taken, nothing can ever be the same again. This for me defines the magic and poignancy of the medium.