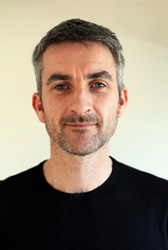 I first started taking pictures in about 1986. I was about 15 years old at the time.

Whilst I adore the work of Weegee and Richard Avedon, in the early years I was really inspired by  two sports photographers. Chris Smith who worked as a sports photographer for The Sunday Times was a real hero of mine ( and still is ) and a huge inspiration, and Mike King who worked for the Observer in the late 80's and early 90's was also a big influence.

With regards Chris Smith, he was so much more than just a sports photographer, he seemed to take pictures which were a lot different to others , he had such a creative eye and a fresh perspective on how to photograph sport . I was fortunate later in life to spend some time in his company and photograph alongside him. He was such a talented photographer and a wonderful, humble and modest man too.

No not really. In truth I didn't do so well at school and I got to the point where I needed to do something creative rather than with figures. When I first started taking pictures I think it gave me a sense of freedom more than anything else, and something that ultimately I was in control of.

I would say that photographing Richard (Dickie) Attenborough was a big highlight. It was such a relaxed shoot in his garden in Richmond and he is a wonderful gentle man…a true great in my eyes. I also really enjoyed photographing David Miliband at his home, he had great presence and poise and I left feeling that I had just photographed a future prime minister. More recently I photographed Gilbert & George which was a very surreal experience, they were very generous with their time and both very lovely and eccentric.

Yes always and at length. I find that It helps to walk into the the room knowing a bit about the person , I also try to research previous images that have been taken of that person. I do this mainly because I always enter a room with the intention of photographing the person in a unique way and differently from how any other photographer has photographed them before.

Muhammed Ali  would be the holy grail for me. A sportsman who was not only great but who inspired so many.

Colour. Although I do miss those days long ago of printing in a darkroom.

I really just want to continue taking portraits and doing work that interests me , I am never happier than when I'm in a room one on one with a person about to take a photograph…the possibilities seem endless at that moment and the process of trying to achieve a unique picture that will make people linger to look at is the aim. I feel very lucky to have worked for the Observer newspaper for over 20 years now …they have always allowed me a degree of freedom and that is all a photographer can ask for. In the future I would like to do work for more broadsheet publications and their respective magazines.

Whilst I am still inspired and happy taking pictures then I will continue, I have never been one to do things half heartedly so if I lose that thrill of photographing somebody or seeing my images in print then I think that will be the time to do something else.

David Miliband, 2010: This picture was taken at his home in Primrose Hill. It was a difficult time for him personally as he had just been defeated by his brother in the Labour leadership race. At the time he seemed very calm and in control but I was struck by what a humane person he seemed to be. It was just him and me in his living room and I loved the fact that his living room was littered with personal things and signs of life like his kids scooter. For a split second he starred away into space and I got the picture, I like the image because he looks lost in thought and I always think "what was he thinking" at that moment. (x134810)

Vince Cable, 2014: I expected Mr Cable to be a true gentleman and he didn't disappoint. Politician's can often be tricky individuals to photograph and can sometimes be a little paranoid about their appearance but Vince Cable was the complete opposite. Sometimes conversation with the sitter can often hinder shoots but in this case it seemed to help, and he shared experiences with me of his time growing up in York, a city which I know very well and often visit. The eyes can tell you so much about a person and I think they say it all in this image. (x139787)

Ray Mears, 2013: This picture was taken in the woods which were at the back of his garden in West Sussex. He had actually made a wood fire in the garden in preparation for the shoot which was very nice of him. Ray is as a keen photographer himself and he talked throughout enthusiastically about photography. We dodged many raindrops throughout the shoot and at one point had to run for cover. Lights were dotted around in the undergrowth for this particular picture and the light on the foliage makes it a very colourful image. (x139788)