Pilot Listing for New Photographic Portrait Resource created by Terence Pepper with assistance of Imogen Lyons and previously Inga Fraser and several interns and volunteers. The listings are arranged by year, sorted by date and month.

The National Portrait Gallery has, in addition to its large collection of original prints and negatives, a huge resource of full page photographic reproductions of photographs in a wide variety of general interest and historic magazines starting with the Illustrated London News  (first issue 14  May 1842 when photographs first appeared as line engravings) and The Graphic, (first issue 4 December 1869)   up until the 1890s when the invention of the  half-tone block and photogravure reproduction allowed for ever higher quality methods of reproduction and the start of a huge number of new periodical titles including Black and White  (first issue 6 February 1891), The Bookman (October 1891) The Sketch  (first issue 1 February 1893), The Tatler (from 3 July 1901) and The Bystander from 9 December 1903.

Many historic images exist only in this reproduced form and this is particularly relevant to items in the pilot project from the Tatler and Bystander of 1947-1951 that contain works by photographers whose survivng  incomplete archives reside at the National Portrait Gallery or are otherwise  lost, such as Gordon Anthony, Fred Daniels, Francis Goodman ( previously  known as F.J.Gutmann and F.J.Goodman) and lost names such as Derek Adkins, Antony Beauchamp, Eric Cooper, Fayer, Pearl Freeman and Vivienne.

The listings arranged by year do not attempt to be  wholly comprehensive at this stage,  but list the main full page illustrations and in some cases smaller reproductions of particular interest taken by credited photographers and provide a guide to the subjects and photographers of the day that made up the passing scene. In the main, uncredited social and  photographs taken at parties are not noted, along with fashion features and advertisements.

Depending on interest shown by website visitors and other support  we hope to enlarge the index at regular three month intervals and increase coverage from The Tatler back to 1901 and up to 1963 as well as other periodicals such as some of those cited above.

A number of the photographs listed are hot linked to contact sheets of a particular sitting which will give the user a fuller version of the sitting, whilst in other cases there will be a scan of a loose page from a second copy or the original vintage print in the collection (such as Vivien Leigh and Laurence Olivier in School for Scandal by Vivienne, listed as published on 26 January 1949 and linked to NPG x 137764. 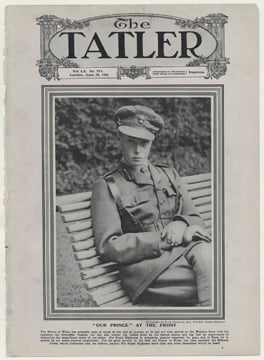 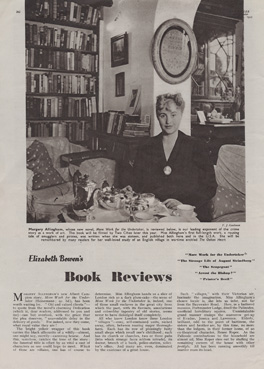