A photographic image on glass where a positive print was produced without the need to print from a negative. An underexposed and then developed collodion negative on glass, when backed with an opaque coating such as black lacquer, appeared as a positive image. The process was developed in 1852 and promoted by commercial studios as a cheap alternative to daguerreotypes and was used mostly for portraiture. 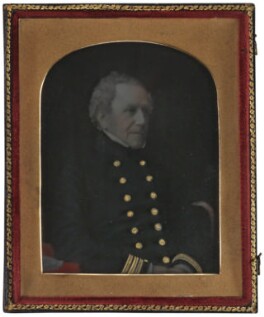