A print produced by a tonal rather than linear engraving process. It was a popular eighteenth century method of printing used to produce effects of light and shade. A copper or steel plate is worked all over with a curved, serrated tool called a rocker, making a burr over the surface to hold the ink that will print as a soft dark tone. The design is then created in lighter tones by scraping and burnishing areas of the roughened plate so that they hold less ink, or none in highlights. 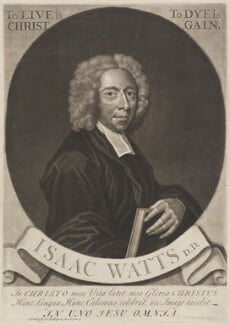 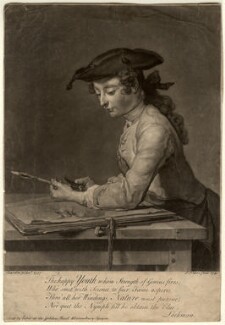 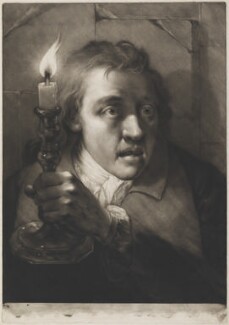 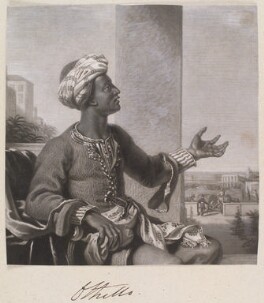 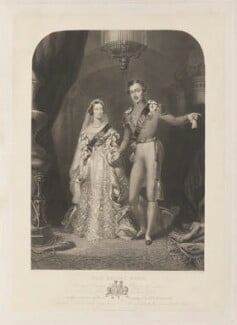 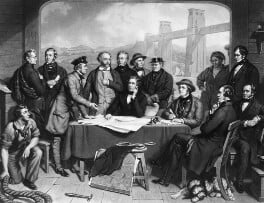 Conference of Engineers at the Menai Straits Preparatory to Floating one of the Tubes of the Britannia Bridge
by James Scott, published by Henry Graves & Co, after John Lucas
published 25 January 1858
NPG D10713