Prints featuring Nelson are relatively uncritical. In Extirpation of the plagues of Egypt; - destruction of revolutionary crocodiles; - or - the British hero cleansing ye mouth of ye Nile (D12660) he celebrates Nelson’s victory at the battle of the Nile, with crocodiles in French tricolour colours representing the captured and sunk ships. Nelson in this print is active and virile, albeit mutilated by his wounds, and wields a club inscribed 'British Oak'. In The Hero of the Nile (D12668) Nelson is shown as a small figure, overwhelmed by the size of his decorations and the gifts received from the Sultan of Turkey after his victory at the Nile: Gillray’s caricature points fun at a man noted for his vanity as well as his skill as an admiral. 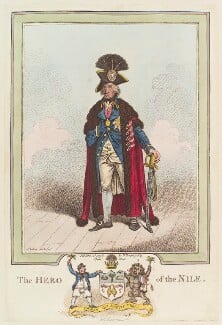 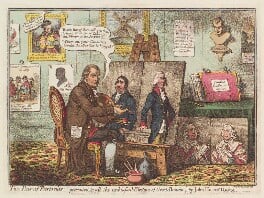 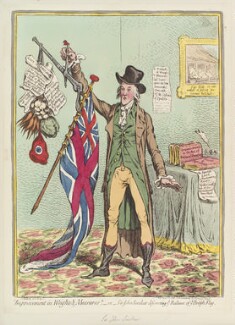 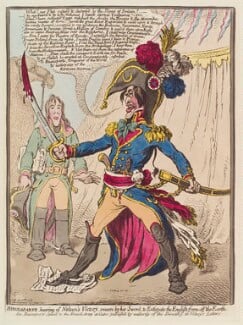