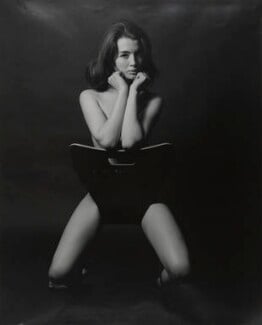 Keeler left her home in Wraysbury, Berkshire for London aged sixteen and in 1960 was employed at Murray's cabaret club in Soho. Here she met Stephen Ward and soon after went to live with him. He introduced Keeler to the Conservative Minister of War, John Profumo, and Yevgeny Ivanov, the Soviet naval attaché, at Cliveden. Affairs with both provoked a major political scandal in 1963 and helped to pave the way for Labour's success at the following election. Keeler gained substantial payments for her story from newspapers worldwide after the scandal broke and has since written autobiographies Nothing But... (1983), Scandal! (1989), The Truth At Last (2001) and Secrets and Lies (2012). 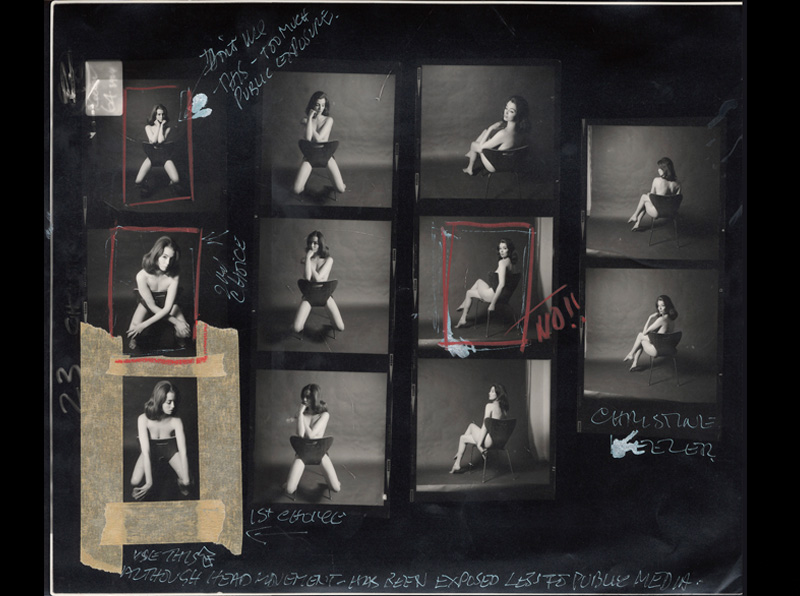 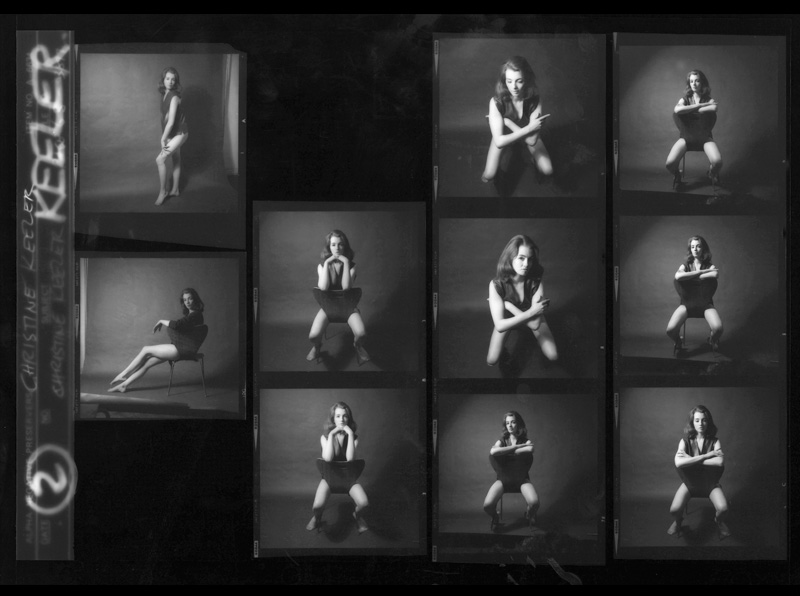 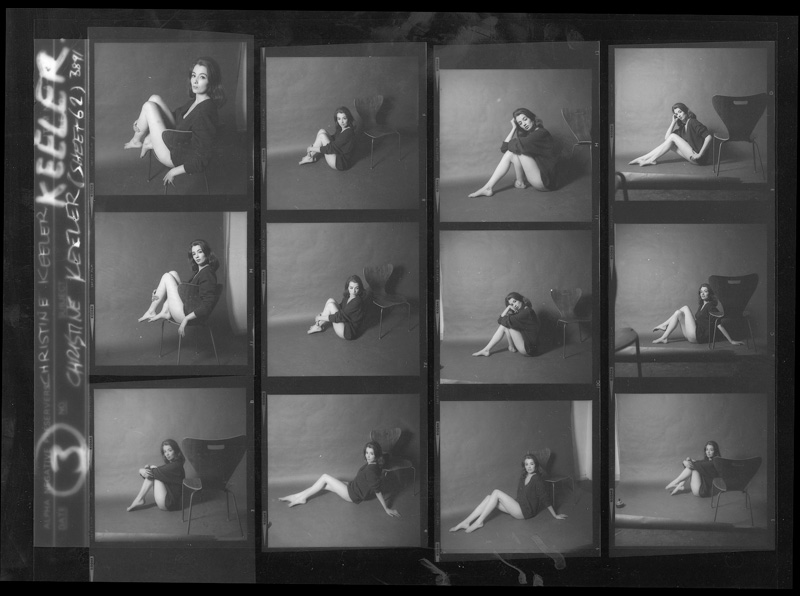 Shortly after ‘The Profumo Affair’ was exposed in the newspapers, Christine Keeler was brought to Lewis Morley’s Studio above The Establishment satirical night club in Soho. A film company was intending to make a film about the scandal and required some publicity photographs. Keeler had initially agreed to being photographed nude but, when she arrived at the studio, felt reluctant to do so.

Lewis Morley began the photographic session by taking photographs of Keeler in her clothes but the representatives of the film company insisted that she pose nude. The photographer, sensing Keeler’s distress, suggested a way in which the matter could be resolved. He made the others present leave, and, turning his back while Keeler undressed, suggested that she posed on the studio chair placed back to front.

The contact sheets above are made from Lewis Morley’s original negatives from the photographic session. They were printed for his first retrospective exhibition held at the National Portrait Gallery in 1989.