For this year’s LGBTQ+ History Month, we are celebrating key figures from our Collection. We’ll be continuing to share new content here throughout February, including a collaboration with the National Youth Theatre as well as a blog looking at the impact of drag on art.

This year is 50 years since the first Pride event in the UK and, to mark this, presenter Jamie Windust sat down in our archives with three LGBTQ+ icons to reflect on what Pride means to them.

From Olympic athletes to aristocrats, our staff have shared their favourite LGBTQ+ sitters from our Collection. 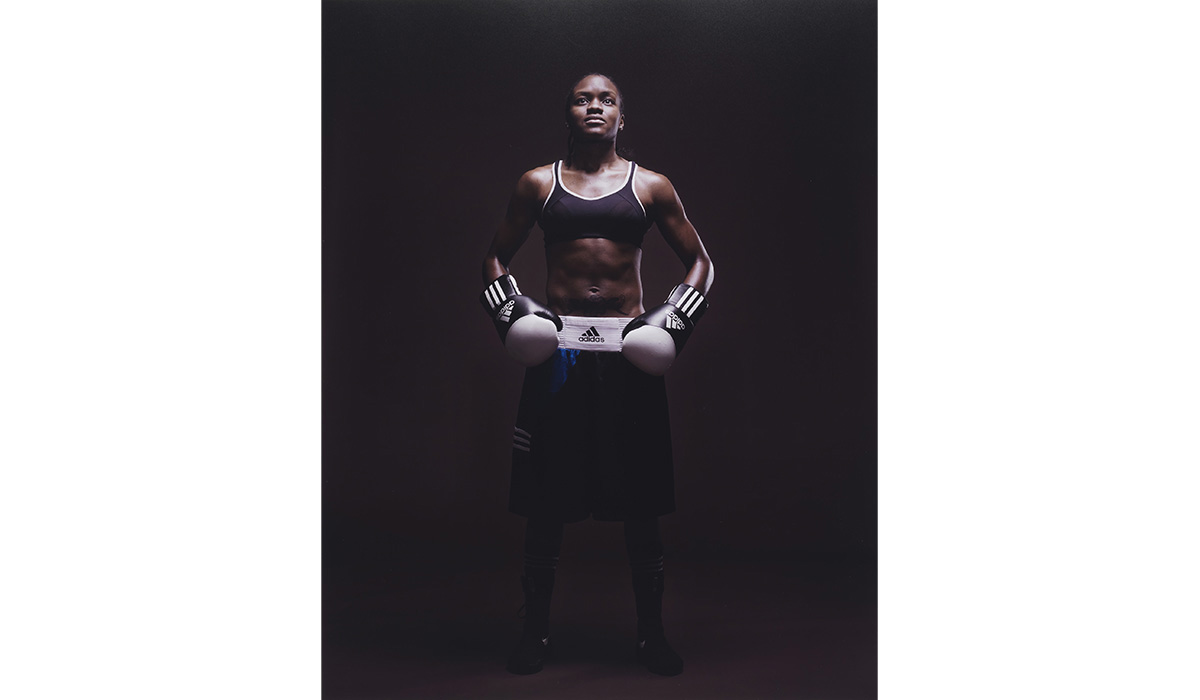 "I love this photograph of Nicola Adams - she looks so strong, determined and in control.
I remember feeling so proud of her winning Gold at London 2012 when she became the first female boxer to become an Olympic champion and I really enjoyed watching her take to the dancefloor on Strictly Come Dancing last year as the first celebrity to perform in a same-sex pairing. What a star!" 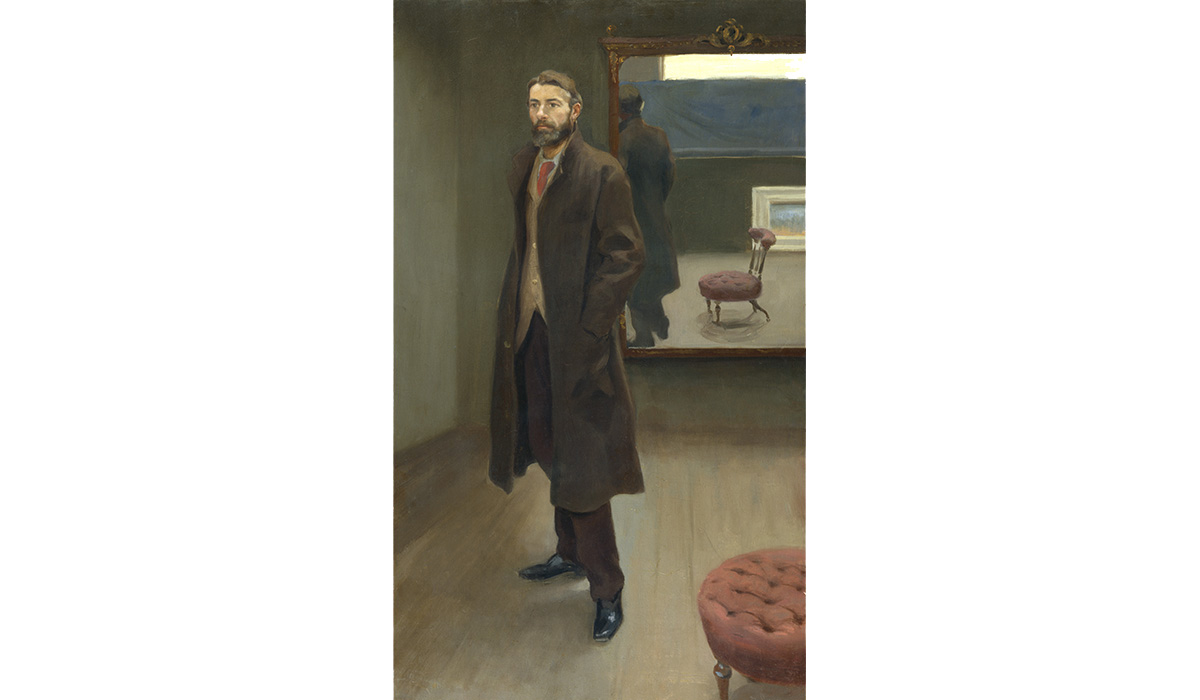 "Carpenter was a poet, philosopher, and an early gay rights activist. During a time when homosexuality was illegal, and particularly a hot topic following the Oscar Wilde trial of 1895, Carpenter lived openly gay with his partner Merrill.  The courage he showed to stand up and live his life freely and openly is a constant reminder to me as a gay man that I can overcome some of the bigotry we unfortunately still face today. I also find that this portrait has a strong contemporary feel to it, it’s almost hard to believe it's Victorian!" 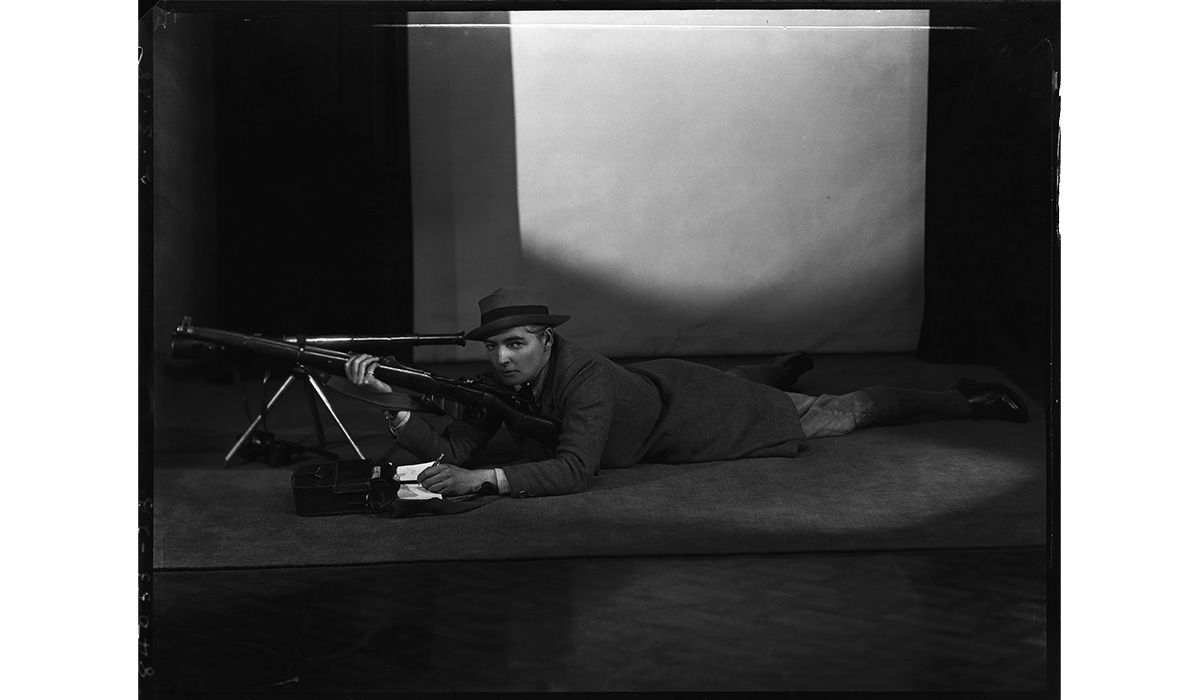 "It’s so unusual and striking to see a woman posed and dressed like this in the 1930s, I had to find out more about her. She and her partner Blanche Badcock were both talented rifle shots who had met while serving with the Women’s Legion of Motor Drivers during the war. When Marjorie won the coveted sovereign’s prize for rifle shooting in 1930 (the first time a woman had won in 140 years) the people of her town were so proud of her that they clubbed together and presented her with a car. Her other unusual pursuits included poultry farming and sculpture." 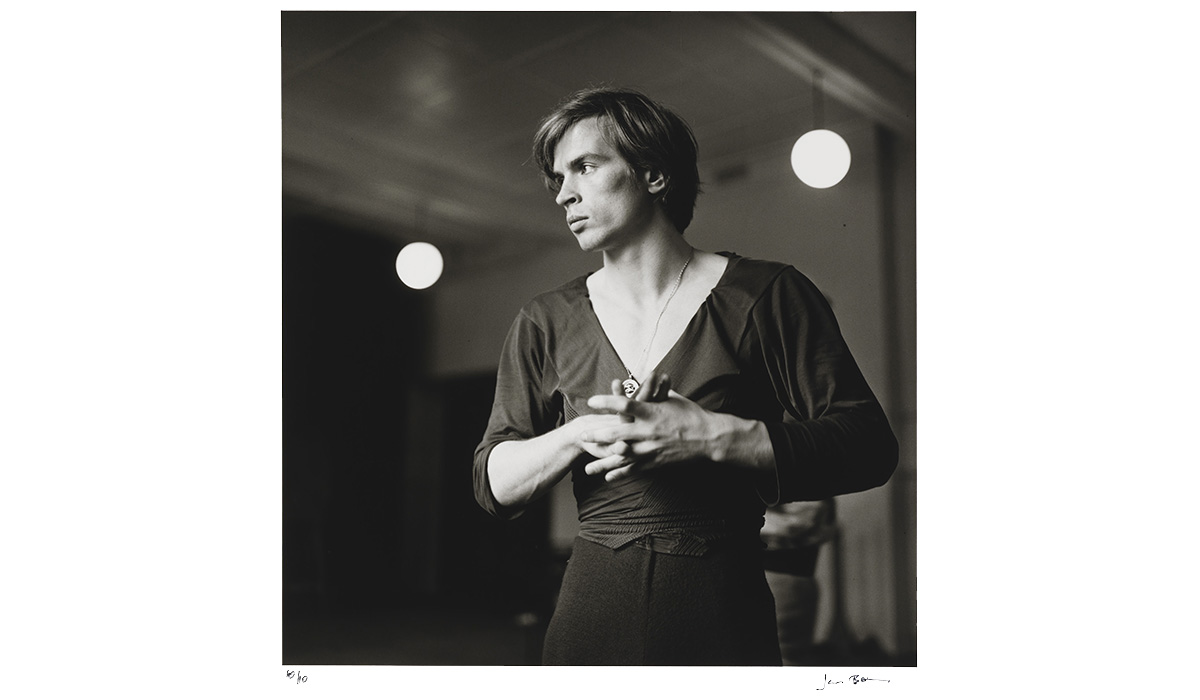 "It’s important to me because doing ballet has always made me feel more confident in myself, and I particularly like the stillness and determination of this portrait." 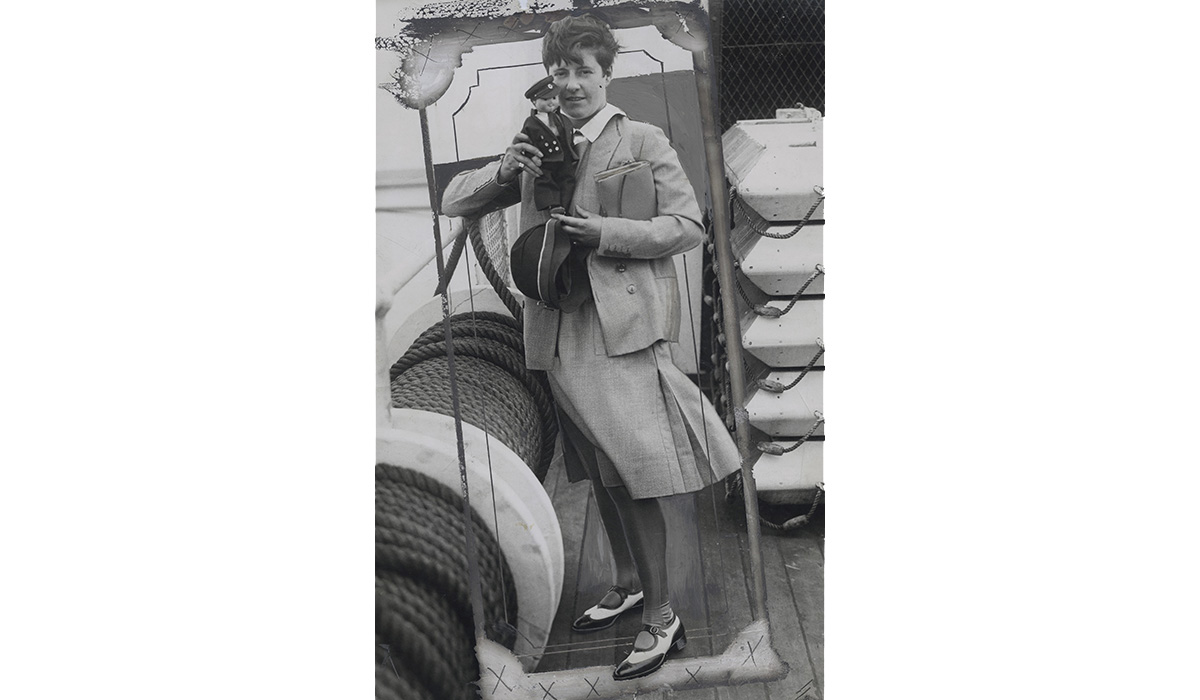 "Born Marion Barbara Carstairs in 1900, but known as Joe, she was the heiress to multimillions and had the privilege to challenge the norm for women at the time. I find this photograph compelling because Joe mostly wore traditional men’s clothes, making this image in a skirt suit more unusual. Joe is also accompanied by her toy doll Lord Tod Wadley, a gift from her girlfriend Ruth Baldwin, which remained with her until her death in 1993." 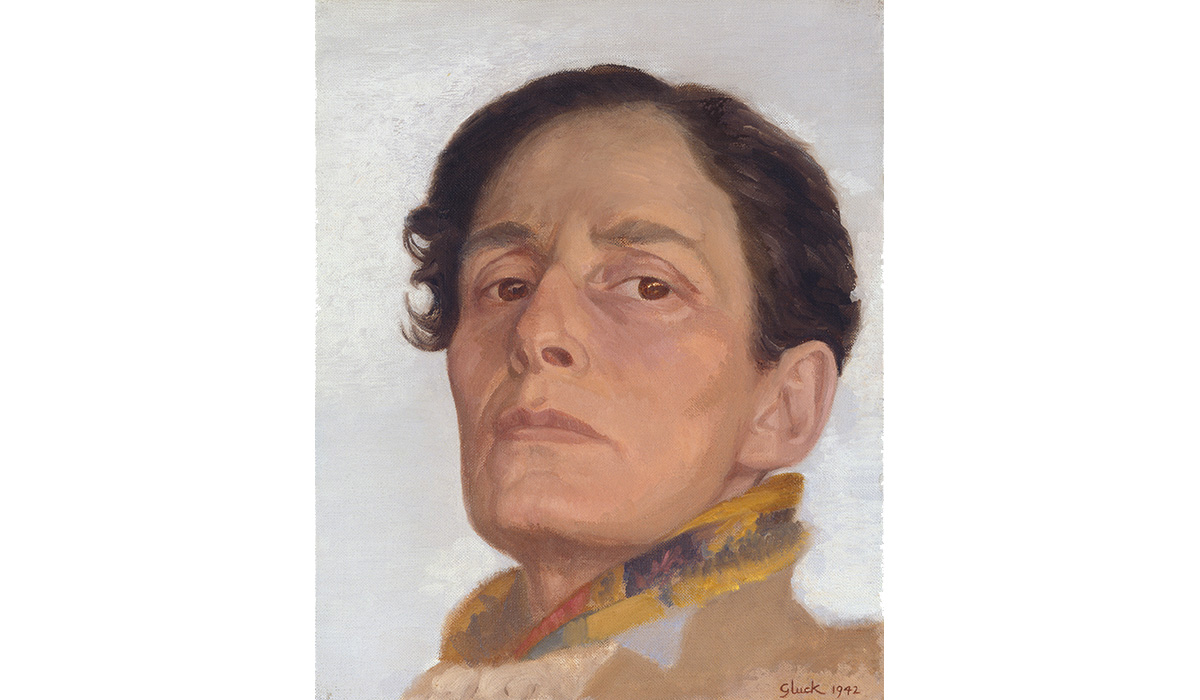 "It is hard not to be impressed by Gluck’s self-portrait – defiant, confident and talented are all words that quickly spring to mind. In body, Gluck defied the societal norms of the 1940s preferring to dress in men’s clothes; she defined herself as ‘Gluck, no prefix, suffix, or quotes'. This self-portrait is particularly meaningful to me as Gluck moved to my hometown Steyning in West Sussex two years after completing this work. She lived in a beautiful Georgian house just off Church Street for 34 years until her death in 1978. Her ashes were scattered in the garden there and her spirit lives on as part of Steyning’s community." 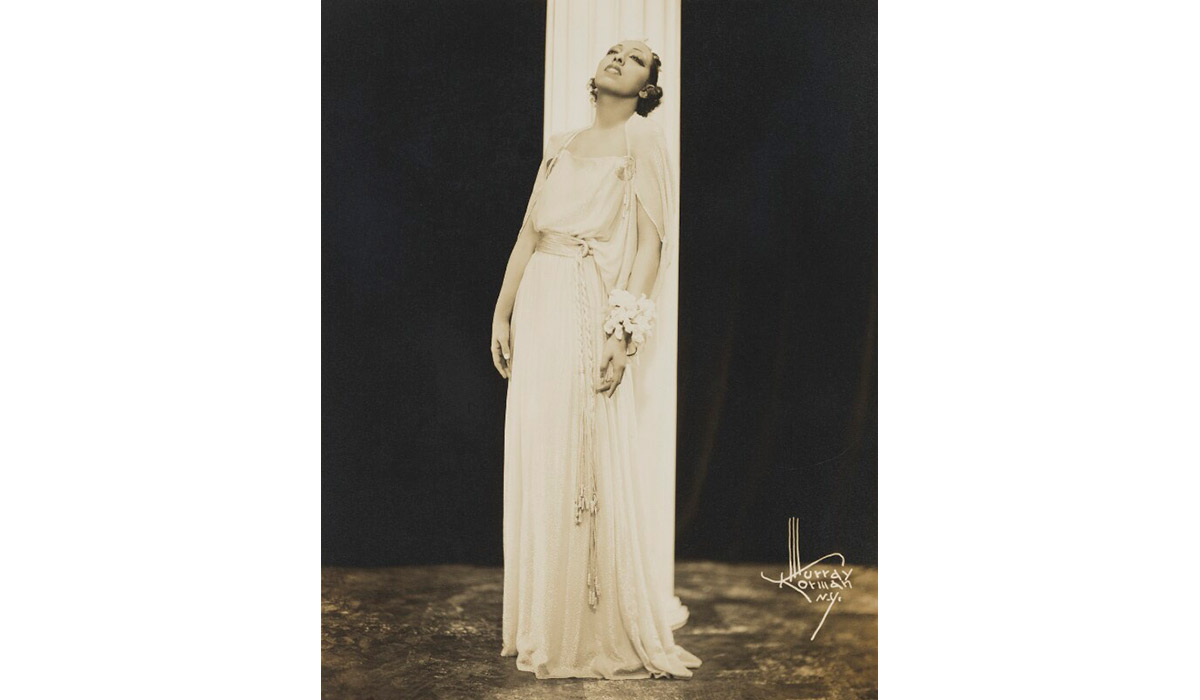 “I adore this photograph of Josephine Baker from the Photographs Collection. She looks to have recently 'beamed' down to earth, transcending time and space. Perhaps many of her contemporaries may have viewed her as someone belonging elsewhere, given her approach to life. To me she is a timeless figure who upheld strong values and achieved so much in her many guises: as an entertainer, campaigner, activist and spy. As an adoptive mother to a diverse group of children known as her 'rainbow tribe', she wanting to prove that "children of different ethnicities and religions could still be brothers."

Poetry inspired by our Collection

"In collaboration with visual art, poetry can become its voice. The National Portrait Gallery and the National Youth Theatre asked three NYT members to perform poems inspired by a portrait in NPG's Collection, lending their voice to these LGBTQ+ sitters and intertwining generations. Queer existence is radical; we deserve to be both seen and heard, and to bring our stories to life." - Nay Murphy, National Youth Theatre Member

We will be sharing a new poem created and performed by an NYT Member each week. Explore the poems below:

Dissolve The Gold by Jade O'Shaughnessy

Jade's poem is inspired by our portrait of mathematician Alan Turing, with her asking: if Turing was alive today, how would we apologise? Performed at the National Youth Theatre, Jade's poem explores Turing's life beyond simply being a historical figure.

Watch Alexander Da Fonseca perform their poem inspired by artist Gluck, a 20th century painter who wished only to be known as Gluck, "no prefix, suffix, or quote.” Alexander describes how they took inspiration from Gluck, who is “proof that gender has infinite variety because it’s a form of expression, and Gluck’s work is allowed to embody that."

In this final film, poet Hart Fargo takes inspiration from writer James Baldwin, with Hart telling us, "I am because James Baldwin was." He celebrates, “the humanity of James Baldwin the person, who loved, who feared, who smiled”, with Hart fearing that this side to him has been lost over time.

Express yourself with Sketch Appeal! 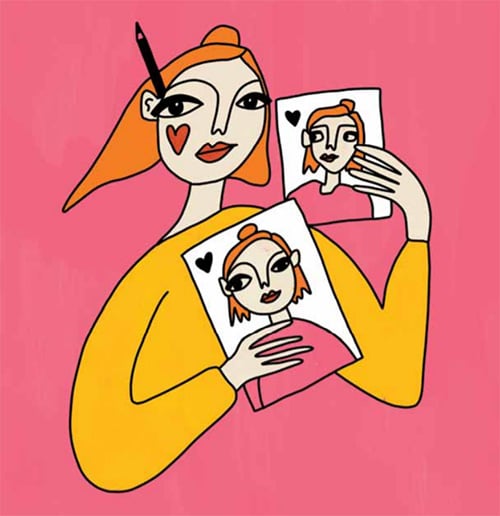 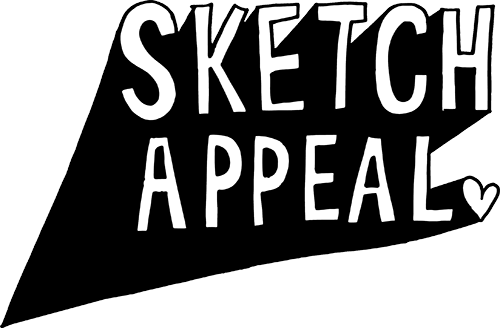 Join Sketch Appeal for a 30 minute sketching workshop on Instagram Live. From the comfort of your sofa, take part in some playful self-portraiture inspired by some of the portraits of LGBTQ+ sitters in our Collection.

The session will be led by Sketch Appeal Founder Dulcie Ball and Facilitator Lee HD – both self-taught Artists and passionate imperfectionists who draw for the joy of it! After a brief introductory chat they will guide you through a series of fun and easy self-portrait challenges designed to silence your inner critic and set your creativity free! Bring some paper, something (ideally coloured pens/pencils) to draw with and a mirror, or a photo of yourself 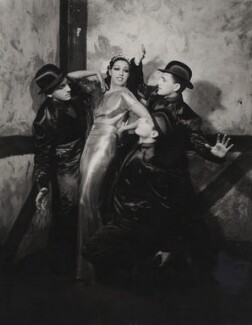 As part of LGBTQ+ History Month, our Youth Forum delved into our Collection to explore the LGBTQ+ sitters that particularly inspire them. From artists to activists, discover the incredible portraits that they’ve selected, and the connections that they have found within the works.

Highlights from the Gallery Discover LGBTQ+ sitters from our Collection 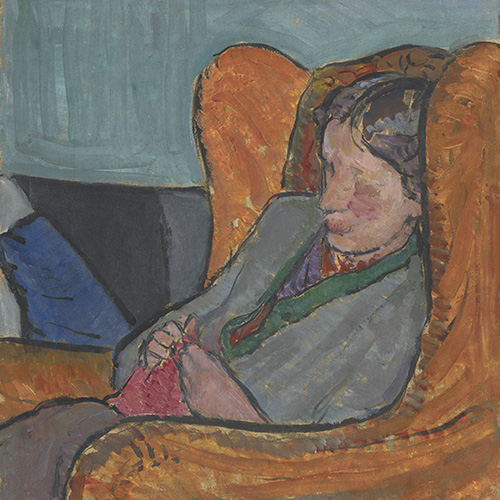 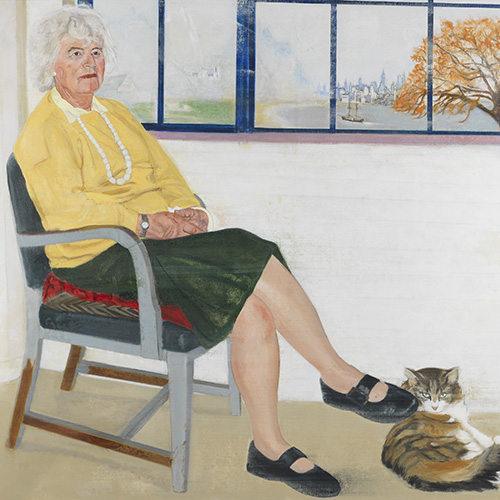 Looking to the Collection with Mohsin Zaidi 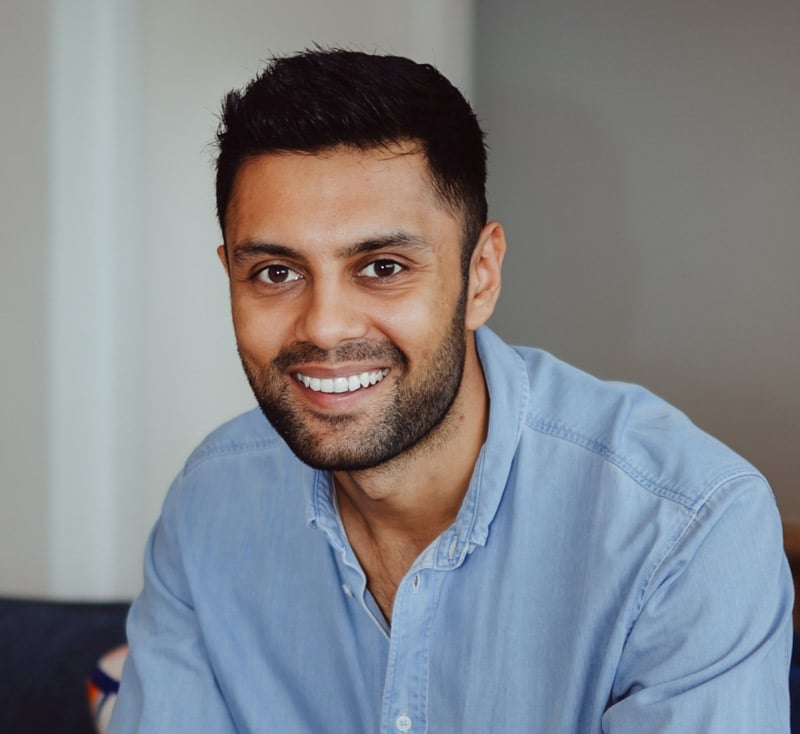 “Portraits are not just images, they are stories. Heart-breaking and triumphant, colourful and grey.”

This LGBTQ+ month, Mohsin Zaidi, barrister and author of A Dutiful Boy, celebrates portraits of queer icons of colour in our collection.

Exclusive t-shirts of your favourite LGBTQ+ sitters from the NPG collection, made from 100% organic cotton and printed to order.