In celebration of Women’s History Month, the Gallery invited a series of contemporary voices to reflect on the inspirational women within our Collection.

To celebrate International Women’s Day, we launched a short series of films featuring inspirational women that made their mark on the world. Our first In Conversation features Oxford vaccine creator, and recent recipient of the RSA Albert Medal, Professor Sarah Gilbert. Watch and be inspired.

Former Principal of The Royal Ballet, Zenaida Yanowsky reflects on an illustrious career, her creative process and working with photographer Rick Guest.

We recently caught up with period poverty campaigner Amika George. She reflected on her role as a teen activist, her work with the Free Periods campaign, and her admiration for strike leader and workers' rights advocate Jayaben Desai.

In Conversation with Helena Bonham Carter

In this insightful interview actor Helena Bonham Carter reflects on her career, its beginnings, her recent role as Princess Margaret, and her inspirational grandmother, Violet.

In Conversation with Kanya King

In celebration of #womenshistorymonth​​, we recently caught up with the inspirational Kanya King, founder of #MOBO​​.

You can also explore further interviews and recordings about women artists and sitters produced in connection with other National Portrait Gallery initiatives:

The Making of a Pioneer: Podcasts

Interviews with Artists and Sitters

Explore London and the pioneering women who lived and worked here on our walking tours. If you are not in London, enjoy the tour digitally by clicking through the stops! 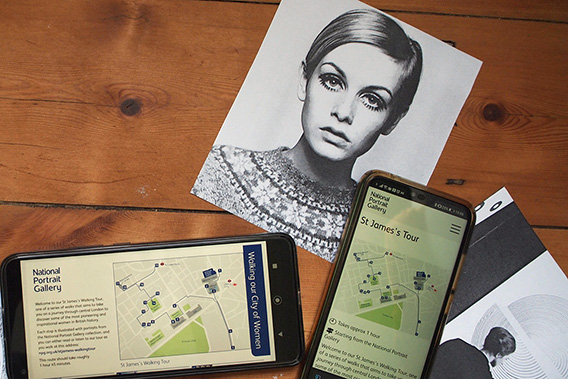 Katy Hessel, writer, curator and founder of @thegreatwomenartists, has chosen a selection of her favourite artists and creatives, all of which have made, or continue to make their mark on our cultural landscape. Read and enjoy. 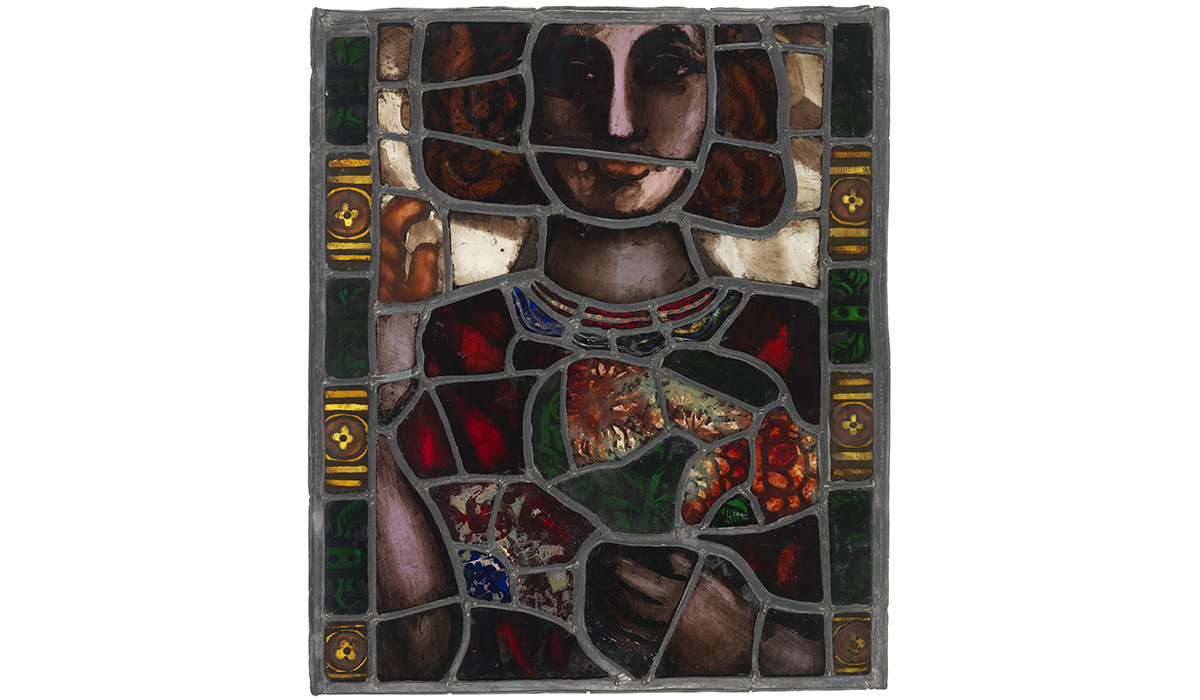 In addition to being an actress, TV star, radio commentator, Pauline Boty was one of the foremost British Pop Artists. A beautiful blonde who read Proust, she epitomised the possibilities of the modern Pop woman. Capturing the glamour and vivacity of the 60s, from Elvis to Marylin Monroe, Boty worshipped the stars of her era and portrayed them through paint with mischief, humour, exuberance and fun.

Born in Croydon in 1938, Boty was a serious artist from the get-go. Studying first at Wimbledon School of Art, in the mid-50s she enrolled at the School of Stained Glass at the Royal College of Art (when it was not deemed essential to include female loos in the school). But it was here where she thrived. And where she created this rare Self Portrait from 1958 in the form of a collaged-like stained glass panel (she would go on to be remembered mostly for her paintings). Technically brilliant, and dazzlingly coloured, she evokes the aesthetics of the Pre-Raphaelite movement with her hues of dark greens and crimsons. It feels almost icon-like. But with that strong, expressive gaze remains in command of her image.

Pauline Boty lived a full life, but it was cut short aged 28 by cancer in the summer of 1966. Five months after giving birth to a daughter. But it is through the vibrancy of her electric work that keeps her soul alive. 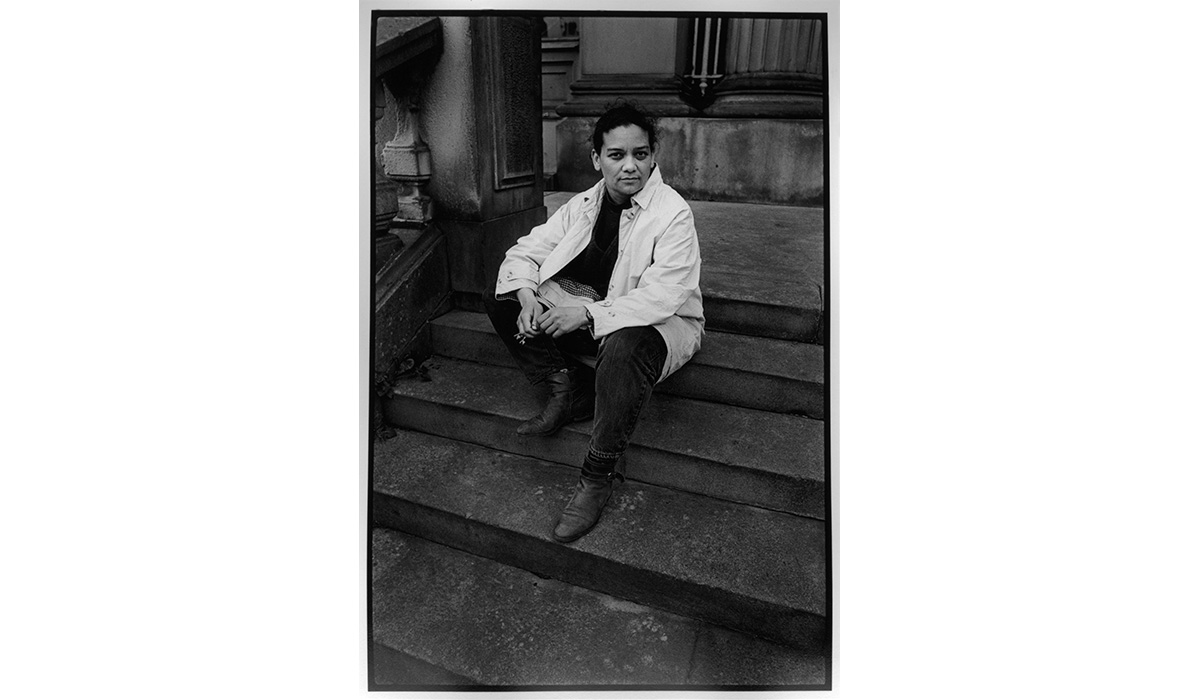 It’s not often we see photographs of artists. So I want to take this opportunity to spotlight the brilliant, Lubaina Himid. No living British artist working today has been more ground-breaking than the Preston-based artist. A formative curator of exhibitions by Black women artists in the 1980s (think Sonia Boyce to Maud Sulter), Himid also runs Making Histories Visible, a critical research project open to students exploring hidden social histories through creative visual practice, that preserves and collects work by artists of the Black diaspora, and much, much more. She was also the first woman of colour to win the Turner Prize in 2017.

Himid is also a phenomenal artist in her own right. A formerly trained theatre designer, Himid works across painting, drawing, collage, printmaking, cut-outs, and installations all of which address, educate and elevate important issues past and present. 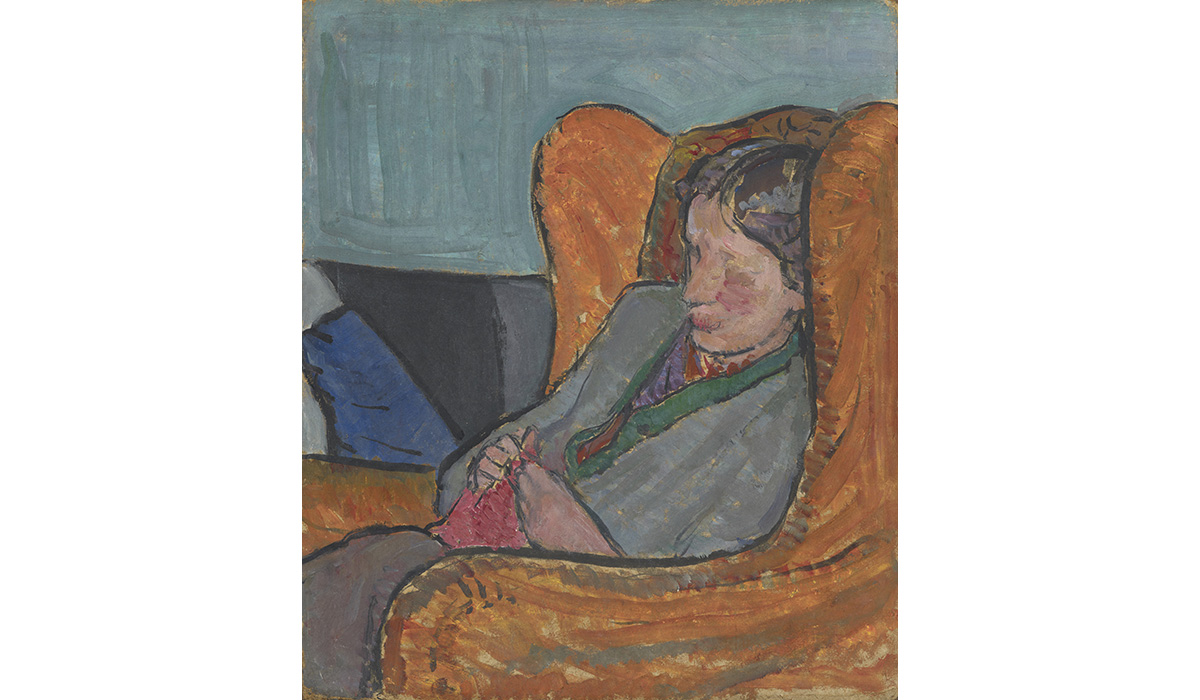 Virgnia Woolf by her painter sister Vanessa Bell. Both the great-nieces of photographic pioneer, Julia Margaret Cameron, after the passing of both their parents, in the early years of the twentieth century the sisters, along with their brother, purchased 46 Gordon Square. A house which was to become the hub for a highly influential set of free-thinking artists and writers, who staged formative exhibitions, wrote impressionable books, and conjured new languages in British Modernism. As demonstrated in this portrait of Woolf filled with semi-abstracted, yet vividly painted, facial features.

Painted in 1912, this portrait shows Woolf during the time she was working on her first novel, ‘Melymbrosia’, published as ‘The Voyage Out’, 1915. One of the most ground-breaking writers of the twentieth century, Woolf claimed ownership of the woman’s story. Dealing head on with sexual inequality and intellectual subjugation, despite suffering greatly with mental health issues, she published widely and broke conventions when it came to structure and characterisation. 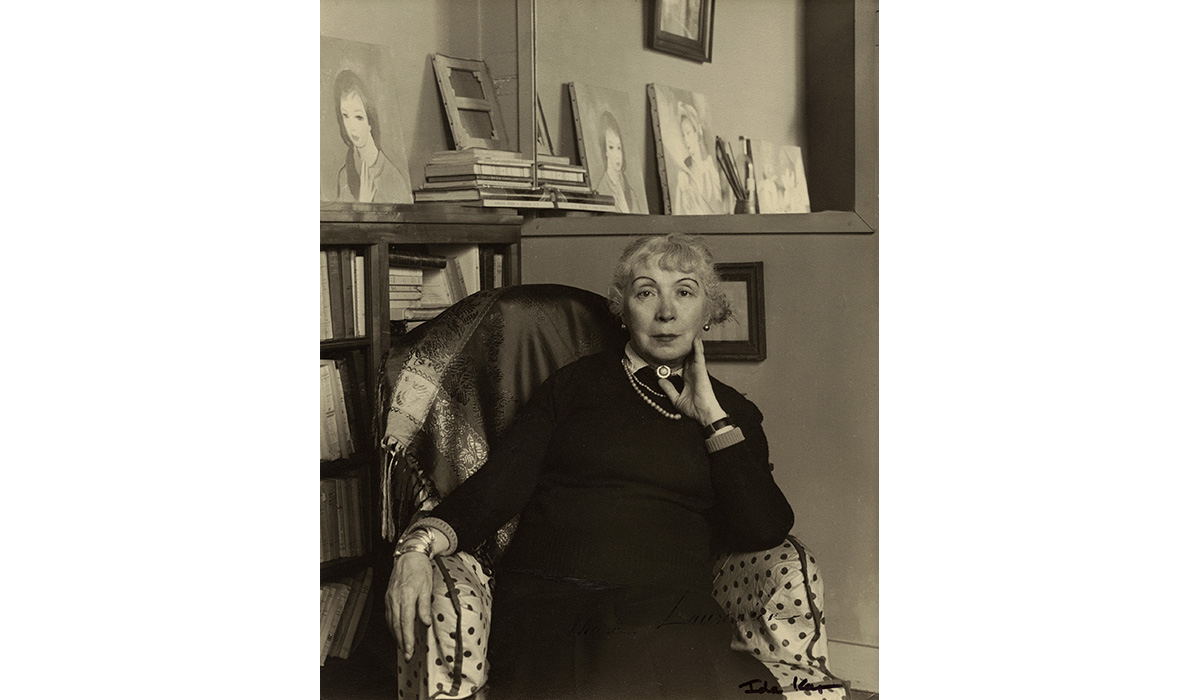 Marie Laurencin was Queer and a painting icon in avant-garde Paris at the turn of the century, known for her pastel-palette, and dreamlike images of women sensually swept up in fantastical environments. Born an illegitimate child in Paris in 1883, Laurencin gained a formative education at Académie Humbert, and went onto pioneer a unique painterly style which straddled Cubism and Fauvism with their statement almond-shaped eyes, sinuous lines and free-flowing forms. As seen in the small paintings resting behind her.

Similar to contemporaries Suzanne Valadon, or Jacqueline Marval, Laurencin reached extraordinary heights of fame during the interwar era, exhibiting internationally and gaining critical and commercial success. However, like so many women who thrived in Paris in the 1920s and 30s, following World War II, her legacy spiralled in decline (some of Marval’s work was burnt by the Nazis after they were deemed too modern). It would take until 1983 for her fame to resurface, this time in Japan, with the opening of the Laurencin Museum in Nagano-Ken, where her paintings of elegant whimsical women have since remained popular. 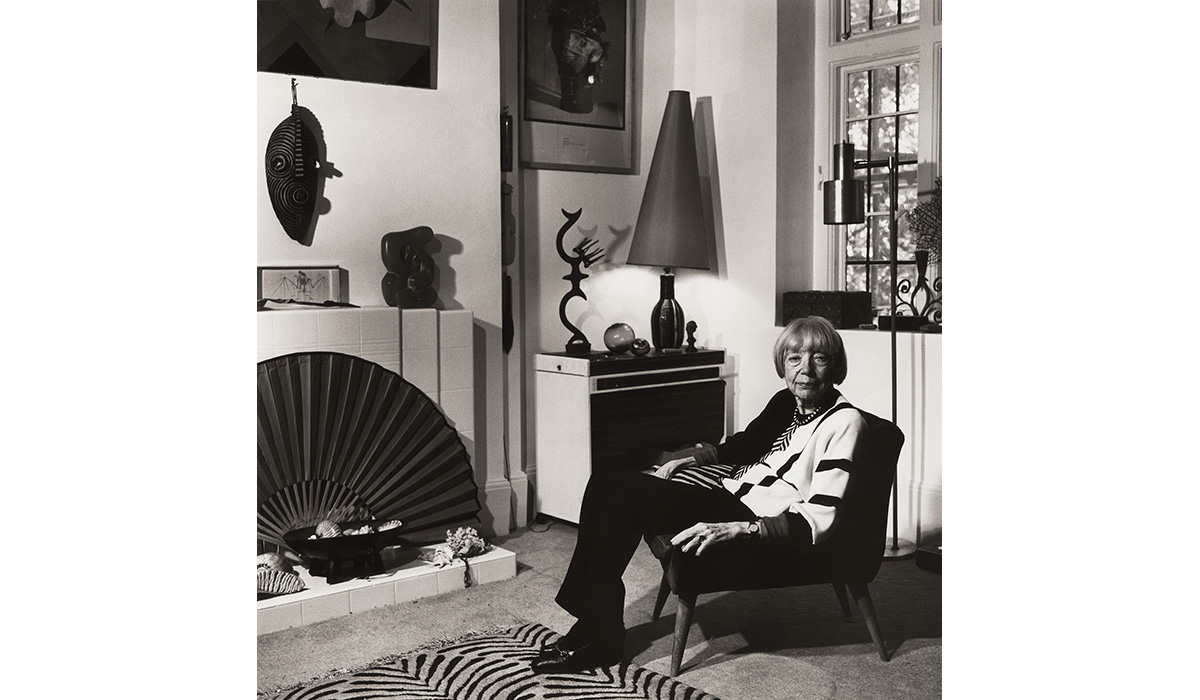 Working across painting, photography, collage sculpture, in styles that synthesised Cubism, Surrealism, Abstraction and Futurism, Eileen Agar was notorious for her vibrant, vivid, eccentric, and eclectic works influenced or made up of objects found in, or beside the sea. Interested in the magic created when two unrelated objects are placed beside each other to create a new reality, Agar juxtaposed histories to create something magical.

Born in Buenos Aires in 1899, Agar grew up in a strict household with a mother whose intention was for her to be married off. However, she had different thoughts entirely. By the 1920s Agar had enrolled at London’s Slade School of Art, and soon fled to Paris where she was in the midst of the avant-garde. Always experimenting in the most bizarre and wonderful ways, with shells to hats, fabrics to diamantes, Agar saw the extraordinary in the ordinary.

Highlights from the Gallery 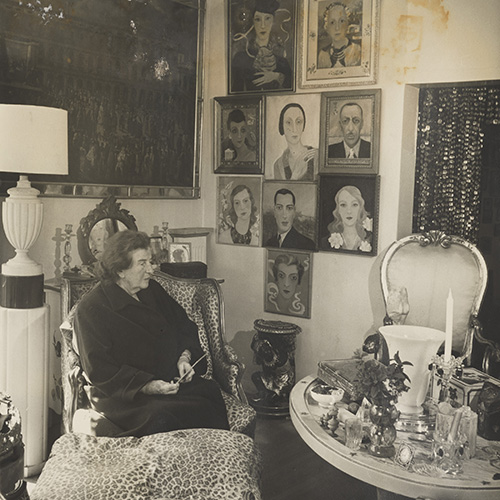 The rediscovery of the Baroness d’Erlanger Album 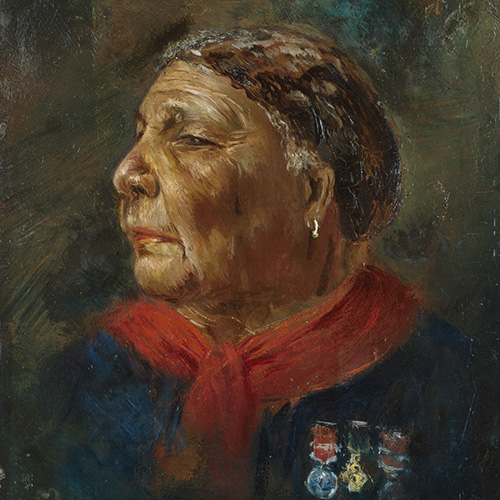 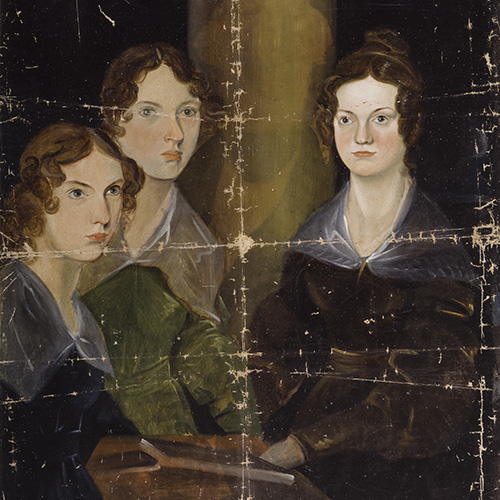 Explore the women wordsmiths in our Collection Our popular 100 Pioneering Women publication is available from the Gallery shop. From Elizabeth I to Zaha Hadid, the book celebrates the accomplishments of women throughout history, highlighting not only well-known figures but also women whose stories have been forgotten.