By Sarah Parker, Lecturer in English at Loughborough University

Although women have been writing poetry since the very beginnings of writing itself, within literary history, the identities of ‘woman’ and ‘poet’ have sometimes seemed difficult to reconcile. This is partly because poetry has historically been considered the ‘highest’ form of literature, largely reserved for upper-class, classically-educated men. It is also because women have long been associated with the passive role of inspiring muse, rather than the active creator of poetry – despite the fact that the most celebrated Ancient Greek poet, Sappho, was a woman.

This did not, of course, prevent women from writing poetry. Inspired by the example of Sappho and other early pioneers, women increasingly published poetry from the medieval period through to the eighteenth century. By the nineteenth century, women poets were as prevalent and celebrated as their male counterparts, with Elizabeth Barrett Browning being considered for Poet Laureate following the death of Wordsworth in 1850. Alongside Barrett Browning, Adelaide Ann Procter, who features in this selection, was one of the most popular poets of the Victorian period.

In the twentieth century, women poets continued to push for greater recognition of their work, founding journals (such as Harriet Monroe’s Poetry) and printing presses (such as Nancy Cunard’s The Hours Press), and playing a central role in new modernist movements. The poet and novelist Sylvia Townsend Warner existed outside of any established poetic movement, but her poetry engages with political issues of the day, including the Spanish Civil War, and expresses queer desire in ways that remain striking today.

This combination of political and personal engagement can also be seen in the work of celebrated contemporary poets such as Imtiaz Dharker, whose poetry contemplates the conflicts and intersections between different aspects of identity, including religion, nationality, ethnicity and gender.

Photographed by Lucinda Douglas-Menzies, Dharker’s appearance on a black-and-white tiled floor evokes her own monochromatic drawings that are printed alongside her poems. Dharker’s unflinching, almost challenging gaze and related need to confront the world’s injustices, is reflected in the portraits and work of all three poets. 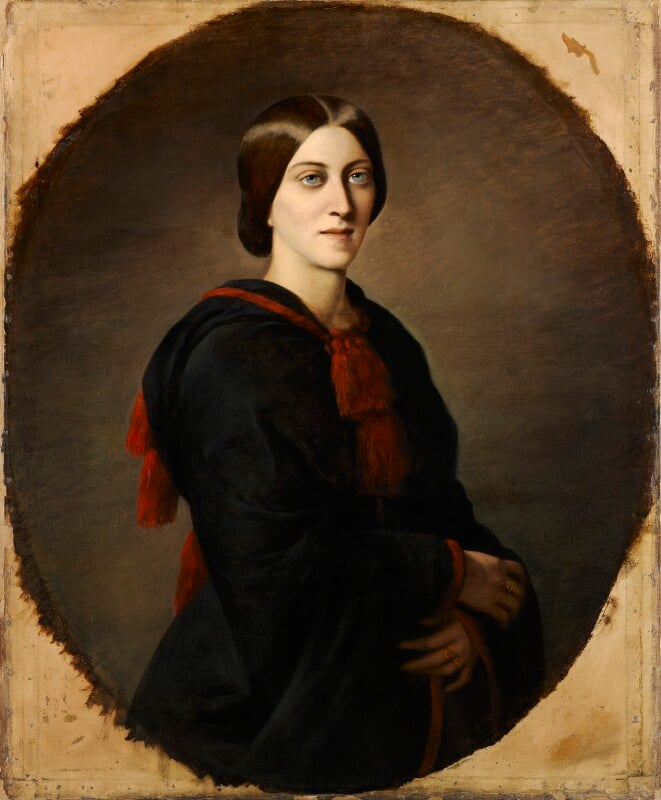 Adelaide Anne Procter may not be a household name today, but during the nineteenth century, she was Queen Victoria’s favourite poet and was only outsold by Tennyson.

Born into a literary family in Bloomsbury (her father was the poet Bryan Waller Procter), Procter began writing during her teenage years. She contributed her early poems to Charles Dickens’s journal Household World, using the pseudonym ‘Mary Berwick’ to disguise her identity, as Dickens was a family friend. Dickens published ‘Berwick’ for two years before discovering the truth. Eventually, over seventy of Procter’s poems were published in the journal, proving enormously popular with readers. Procter’s poems are usually simple in structure (some of them were turned into hymns), emphasising religious piety and the need to address social injustice.

Procter’s literary activities brought her religious convictions, charitable work and feminist activism together. Following her conversion to Roman Catholicism in 1851, Procter became increasingly involved in charitable causes, striving to improve conditions for working-class women. In the late 1850s, she helped found the Society for the Promotion of the Employment of Women alongside feminist reformers and key figures in the ‘Langham Place Group’, Bessie Rayner Parkes (later Bessie Rayner Belloc) and Barbara Leigh Smith (later Barbara Bodichon). Procter’s volume A Chaplet of Verses (1862) was sold to benefit Providence Row, a refuge for homeless women and children.  Procter also edited Victoria Regia (1861), a collection of prose and poetry produced by the Victoria Press founded by Emily Faithfull.

Procter’s early death from tuberculosis, aged 38, was described as a ‘national calamity’ in the press; Dickens blamed her strenuous charitable endeavours. Though Procter’s poetry was long neglected in the twentieth century, more recently it has been revalued for its subtly politicised, deceptively ‘simple’ engagement with the social issues of the Victorian age. 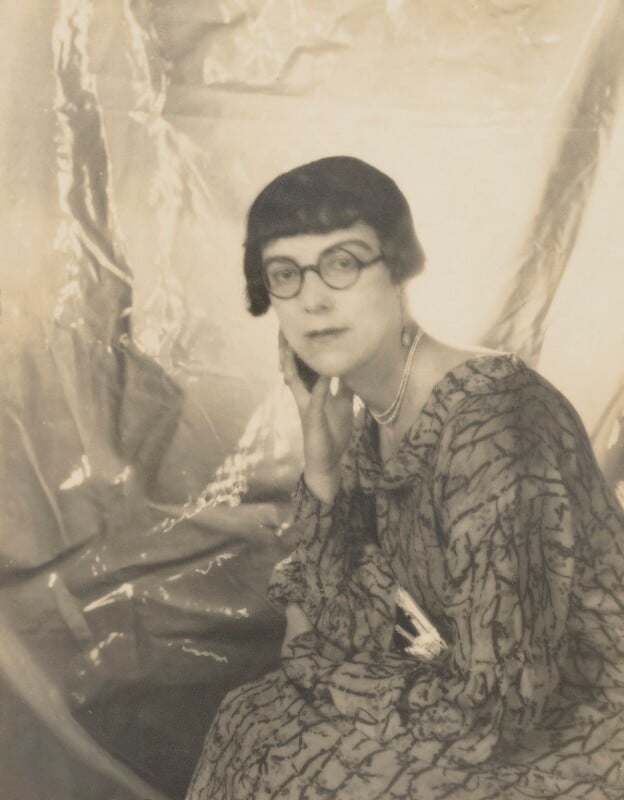 Sylvia Townsend Warner is today mostly remembered as a prose writer rather than a poet. Though her reputation rests primarily on her novels Lolly Willowes (1926) and Summer Will Show (1936), Warner published five collections of poetry during her lifetime, including a collaborative volume with her partner Valentine Ackland.

Born in Harrow, Middlesex, Warner’s father was a housemaster at Harrow School, but Warner herself was tutored at home. She later remarked that solitude and long walks during her youth developed her skills of self-sufficiency and observation that fostered her poetic abilities. During her early years, Warner’s appreciation of music led her to edit ten volumes of Tudor Church Music (1922-9). In 1923, she befriended a group of Dorset-based writers, including the novelist T. F. Powys, who encouraged her writing. Her first book of poems, The Espalier (1925), was written during this period, followed by Lolly Willowes (1926), which brought her international acclaim and a nomination for the Prix Femina. Warner’s early poems were described by critic Louis Untermeyer as ‘like a feminine Thomas Hardy’, due to their Dorset setting and often sombre tone.

In later life, Warner continued to write poems, but largely eschewed publication. Her poetry came to light due to the efforts of her biographer Claire Harman, who published Warner’s Collected Poems in 1982, four years after Warner’s death. This retrospective recognition fulfilled Warner’s own predication (in a 1978 interview): ‘I propose to be a posthumous poet!’ Imtiaz Dharker is one of the most celebrated contemporary poets in Britain today. Born in Lahore, Pakistan, Dharker’s family moved to Glasgow when she was less than a year old. She later studied at University of Glasgow, before moving to Mumbai. She describes herself as a ‘Scottish Muslim Calvanist’ who was adopted by India and married into Wales. Currently living between London and Mumbai, Dharker has stated: ‘I enjoy the benefits of being an outcast in most societies I know’.

Echoing this experience, Dharker’s poems often reflect on the complexities of identity and belonging, pondering nationality, religion, class, race and gender, and what it means to exist beyond and between rigid binaries. Her first volume of poems, Purdah (1989), contemplates the Islamic custom of veiled female seclusion and the psychological ramifications of this practice for women’s identities. In Postcards from God (1997), the visiting deity is dismayed by the acts of violence committed in ‘his’ name. In her most recent collections, Over the Moon (2014) and Luck is the Hook (2018), Dharker’s poems meditate on love and grief, as well as joy, renewal and chance, inspired by her own experience of bereavement following her husband’s death.

In addition to her poetry, Dharker illustrated all six of her volumes with her own haunting pen-and-ink drawings. As a filmmaker, she has made hundreds of documentaries, many of them highlighting issues of poverty, disability, education and health for women and children in India.

A number of Dharker’s poems feature on the GCSE English syllabus, and she regularly tours with Poetry Live! (founded by her husband Simon Powell), an annual event where poets perform to GCSE students across the UK. She has won several prestigious awards, including the Queen's Gold Medal for Poetry in 2014. In 2019, she was the favoured candidate for Poet Laureate (following Carol Ann Duffy) but withdrew in order to focus on her poetry. As Duffy herself observed in a review of Dharker’s work: ‘If there were to be a World Laureate, then for me the role could only be filled by Imtiaz Dharker’.