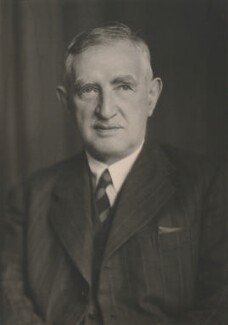 The Kyffin Williams portrait is owned by Mr Sion Wheldon; one of the two S. Morse Browns by Mr Wynn Wheldon

Born 22 Dec. 1879 , son of the Rev. Thomas Jones Wheldon and Mary Elinor Powell , Bronygraig , Ffestiniog, Mer. He was educated at Friars School , Bangor , the High School , Oswestry , the University College of North Wales — he was the first secretary of the Students' Representative Council , 1899 — B.A. 1900 , and at St. John's College , Cambridge ( B.A. and LL.B. , 1903 , M.A. in 1920 ). In 1906 he began his career as a lawyer in 63 Queen Victoria Street , London, EC. He joined a number of London 's Welsh societies (among them the Hon. Soc. of Cymmrodorion ) and soon became well acquainted with the city's influential Welshmen . He speedily and unhesitatingly enlisted in the army and served in the 14th Battalion of the Royal Welch Fusiliers in France from December 1914 until December 1918 . As major and second in command , he was wounded , his bravery being mentioned in dispatches and recognised by the D.S.O. in 1917 . He was Secretary and Registrar of Bangor College from 1919 until 1933 when he was appointed Permanent Secretary of the Welsh Department of the Board of Education . He retired in 1945 but there was no diminution of his public work, the following being but examples of his unremitting service: Chairman of the Welsh Committee , Festival of Britain , 1951 ; Chairman of the Council of School Broadcasting for Wales , member of the Court and Council of the University of Wales , Vice-President of the University Council of North Wales and President of the Cymmrodorion Society . In 1939 he was knighted , and appointed K.B.E. in 1952 ; the University of Wales conferred upon him the degree of Doctor in legibus (honoris causa) in 1947 and the Cymmrodorion Society its Medal in 1955 . He died at Prestatyn on 10 Nov. 1961 and his will was proved on 18 Jan. 1962 .
On account of his shrewdness and balanced judgement he was a splendid administrator and he was able to ‘manage’ affairs without fuss and bustle. He disliked pomp and vulgarity, and he never suffered fools gladly. Yet he was essentially a warm-hearted man and a true friend. He understood the feelings and aspirations of his countrymen, in committees and on the field of battle, in religion and in politics. He clung faithfully to the Calvinistic Methodist denomination; the chief beneficiary of his will (apart from the family) was Tabernacl , Bangor (his father's former church). He was a leading layman in his denomination. His guidance and experience proved crucial in his chairmanship of the Commission on Education for the Ministry ( 1961 ), and also in the discussions which led to the setting up of the United Theological College , Aberystwyth . He was a handsome, dignified man, there is a pencil drawing of him by S. Morse Brown , a portrait by Kyffin Williams ( 1955 ), and a bust by Kustec Wojnarowski ( 1958 ) (in the Council Chamber of Bangor College , and another in the Clwyd Record Office , Hawarden ).

He m. Megan Edwards , Canonbury , Prestatyn , daughter of Hugh Edwards , London , 31 July 1915 . They had two sons, Huw Pyrs and Tomas Powell (who died a few months before his father) and two daughters, Mair and Nans .