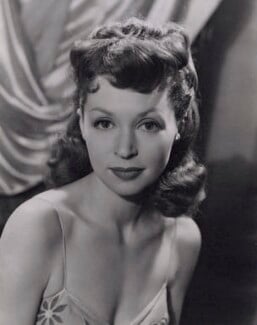 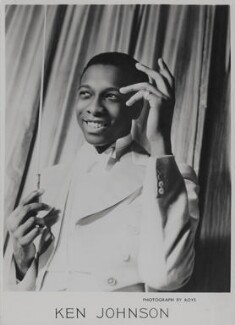 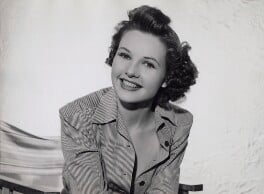 Horace Roye (born Horace Roye-Narbeth, 4 March 1906 - 11 June 2002) was considered one of the top British photographers of the 1930 and '40s. His father was a socialist, but his mother had her own income and insisted on sending him to a private school, which may explain his right-wing views in later life. He didn't particularly distinguish himself at Godwin College in Margate and was expected to join his father's drapery firm. To gain experience he took a job at Debenham & Company. Arriving for work one day in tails after a night out he got the sack. In August 1924, driven by an insatiable desire for new experiences he boarded a ship to South Africa, where he got a job on a farm. The hours were long, and he had a lot of unsavoury jobs to do — worst of which was castrating sheep with his teeth. Not surprisingly when a new opportunity arose, he took it, and that's how he became a diamond smuggler. When that got problematic, he returned to London where he tired his hand at numerous jobs. Roye's restlessness no doubt was part of his nonconformist and often downright rebellious character. Fond of boxing and partial to a "good scrap" he went around with Sir Oswald Mosley's Fascists and the Communist Party on alternate nights.

Around this time Roye was a bookmaker, dance instructor, night club owner and the Assistant Director to E. A. Dupont on the film Piccadilly. In addition, Roye's interest in photography was growing. He visited Walter Bird's studio to learn about the darkroom side of things, and to study Walter's approach to the art. In time he felt he had learned enough to set up his own studio. Bored of London, however, he decided to go to Rio de Janeiro but that didn't work out, so he went to Paris instead. To start with the vast majority of his sitters were British or American but as his reputation grew his clientele became French. His situation, however, became acutely difficult when he was accused of blackmail and of employing a young Swedish girl without the correct work permit. The increase in hostility to foreigners due to an influx of refugees from Germany didn't help either. So in April 1936 he sold his studio and returned to England to open a studio in London as ‘Roye — from Paris'. The London and the West End was no longer as wild as he remembered it, but there was no dearth of unusual sitters and situations.

It was the Summer of 1937 that was the beginning of the phase which was to make ‘Roye' synonymous with 'Studies of the Nude'.


Lya Leigh, a Windmill Theatre Revudebelle by Roye. Late-1930's.
In 1938, the jittery period before Munich, Roye was commissioned by the North London Recorder to produce a picture that symbolised the ghastly possibilities of a future war. Tomorrow's Crucifixion was the result — a surreal image of a naked girl on a cross wearing a gas mask with clouds of smoke in the background. The picture was published on 12th August 1938 accompanied by opinions on it by eminent ecclesiastics and other leaders of the community. It almost occupied the entire front page and caused quite a stir. The picture was way ahead of its time, and the boldness of the paper in publishing should be recognised.

Roye was doing illustrations for such books as T. R. Togna's Exercises in the Bath and Nan's Gloster's Beauty Book when he was contacted by the publishers, George Routledge & Co and asked if could do a book of nude studies. Roye accepted the challenge and was contracted to do Perfect Womanhood, which was published in 1938. Of the forty-eight studies that composed the book several were hung in the London Salon of Photography, and one, Sport, became famous when it was published as a full page picture in the Daily Mirror on the 14th September 1938. It was the first nude study ever published in a British national daily newspaper.

Surprisingly, Roye claims that "the attitude in France of the better class families was less tolerant than that in England towards the photographer specialising in nude camera studies." He reasons this was due to the fact that in England there were several portrait photographers who, whilst photographing the British Royal Family, had been publicly exhibiting nude studies and publishing them in book form to some acclaim.

Christmas 1938 he holidayed with his wife for nearly two months in Germany. Although he often found the Germans to be unpleasant, he was impressed and intrigued by them.

Around the middle 1939, John Everard, Walter Bird and Roye decided to formed Photo Centre Limited at Walter Bird's Savile Row studio as a way to share overheads. They produced three books together, the first being the humorously titled Eves without Leaves in 1941. The images seem to be have been taken from the three photographers previous books, and all of them had also been published in the magazine Men Only — the editor of which supplied a tongue-in-cheek foreword. The other two books were More Eves Without Leaves (1941) and Eternal Eve (1947).

In September 1940 during the blitz, a bomb fell on the rear of their studio damaging it irreparably. The bomb-damaged building was looted before suffering a direct hit a few days later. Walter Bird went into the Auxiliary Fire Service and John Everard on a special assignment with the RAF. Roye, however, was exempted from military service due to a recent illness but he did end up doing work for the Ministry of Information and the Political Intelligence Department of the Foreign Office.

With the war, there was an ever-increasing demand for glamour shots and nude studies, so Roye decided to set up a mail order club for photographic books and pin-ups called The Camera Studies Club. John Everard and Walter Bird didn't want to invest in the company but were happy to sell Roye their pictures. The company proved to be a roaring success resulting in him being commissioned to make the booklet Glamour on Parade, the first in the Spotlight on Beauty Series. The third booklet in the series was the Phyllis Dixey Album which led to Phyllis in Censorland which sold in enormous numbers.


All four issues of The New Spotlight on Beauty Series No. 2
In the middle of 1942, Roye moved to Elcombe Hall in Wiltshire. During 1944, as the only active director of Photo Centre Limited, he opened a studio in Brick Street just off Park Lane. John Everard had made up his mind to emigrate to South Africa, where's wife, Jane had an established reputation as a writer. Walter Bird had a job with the Crown Film Unit, so, he brought their shares and obtained control of the company.

Roye's portraiture skills led him to photograph film stars such as Leslie Carol and the future Mrs Profumo, Valerie Hobson. In 1945 Roye was commissioned to take glamour photographs of every woman star and starlet under contract to the Rank Organisation. In August 1945, after he had finished working for Rank, he took a trip to Dublin and stayed there for two whole years. His restless streak, however, soon led him to Canada and the United States. He eventually returned to England in 1952.


Striptease artiste Phyllis Dixey (1914-1964), who produced the Peek-a-boo reviews at the Whitehall Theatre during the war.
Roye's Camera Studies Club was still going, and in 1953 it published Canadian Beauty. In 1954 with a fellow photographer called Vala, Roye came up with the Roye-Vala 3-D Process, which quickly became popular. Not to miss an opportunity The Camera Studies Club published the Stereo Glamour Series, 3-D books of nude studies and pin-ups, featuring among others Diana Dors, Leslie Carol and showgirls from the Cabaret and Eve Clubs. Some of the photos were taken at Farley Castle, the home of Roye's friend, Mitchell-Hedges, an adventurer, traveller and writer, who was apparently was part of Pancho Villa's revolutionary army.

Mitchell-Hedges was very much the prototype for Indiana-Jones. His claim to fame was his "discovery" of the Crystal Skull of Doom. He claimed to have found it with his daughter Anna at the Maya ruin of Lubaantun while on an expedition to British Honduras (present-day Belize), where he was looking for the ruins of Atlantis.

Mitchell-Hedges wrote that "It is at least 3,600 years old and according to legend was used by the High Priest of the Maya when performing esoteric rites. It is said that when he willed death with the help of the skull, death invariably followed." Roye took some fantastic photographs a showgirl called Anne from the Eve Club in London, with the skull.

Eleven years after Mitchell-Hedges death his daughter let Frank Dorland, an American art expert and restorer, examine the skull. Dorland declared that it is excellent for scrying and it emits sounds and light, depending on the position of the planets. He claimed that the skull originated in Atlantis and was carried around by the Knights Templar during the crusades. Whatever the unlikely truth of that Mitchell-Hedges actually brought the skull at Sotheby's in 1943.

As the 1950s progressed more and more publishers and authors were getting into a tangle with the authorities on charges of obscenity. It was totally absurd that some of Roye's books that had been freely available for years were getting tangled up in this. Rather than be put off, Roye rose to the challenge. He published a series of booklets in a limited edition for private circulation of unretouched nudes. The images were from his back catalogue, but with the pubic hair clearly visible — he was testing the law. In May and June of 1958, Roye was twice charged with publishing an obscene libel. In both cases, he was acquitted. An account of Roye's brush with the authorities was published in Unique Verdict – the Story of an Unsuccessful Prosecution (1960).

Restless as ever Roye retired to Portugal where he designed and built two private parks. During the 1974 revolution, he was besieged in his house, holding out with a shotgun, and then forced to sell up and return to England. In 1980, he made his final move to Rabat, the capital Morocco, where he remained until he became Morocco's oldest British expatriate. He was also the longest-serving member of the British Institute of Professional Photographers. Roye fed Rabat's stray cats, water-skied on the Bou Regreg until the age of 78, took up parasailing at 75, and swam almost to the end. He and his third wife, Marilyn, a Canadian model, celebrated their golden wedding before her death in 1993.

On the 11 June 2002, aged 97, he was found dead by his housekeeper. He had been stabbed at least eight times. Roye apparently knew the suspect. He had four children, three of whom survive him.