(1854-1934), Politician and Principal Chaplain to the British Expeditionary Force 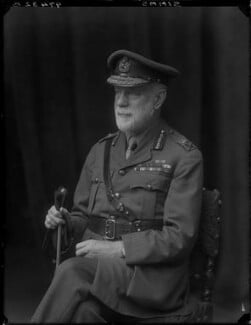 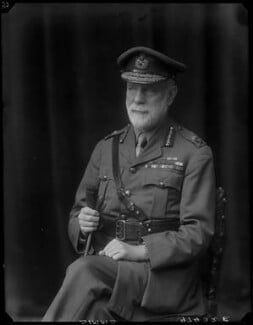 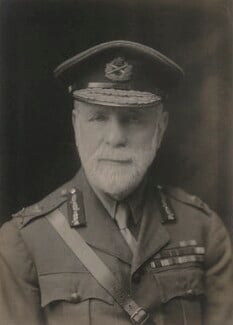 John Morrow Simms is apparently a distant relative of mine and a relative sent the following information:

While Grandpa Long’s expertise was vital for one of America’s principal Army bases during the War, one of his O’Neill cousins saw service of a very different kind and for a different country. That cousin, John Morrow Simms, was a first cousin of Grandpa Long’s mother, Jennie O’Neill (Long). The connection was as follows: Jennie’s father, Henry O’Neill, had an older sister, Elizabeth O’Neill (Simms), and Elizabeth’s son is the cousin in question.

John Morrow Simms was born in 1854 in Newtownards, County Down, Ireland, just outside of Belfast. Unlike the O’Neill brothers, Henry and Hugh, who emigrated to New York City, the Simms branch of the family remained in Northern Ireland. John received a first-rate education, with degrees from Queen’s University (Belfast), the University of Edinburgh and Leipzig University. In 1882, he was ordained as a clergyman in the Presbyterian Church in Ireland and, in 1887, he began a long career as a chaplain in the British Army.
As noted in a 1915 article on John Simms in the Belfast Evening Telegraph: “In Egypt he underwent his baptism of fire, his introduction to campaigning being in Lord Kitchener’s ’98 expedition to Khartoum, when the privilege of conducting the memorial service to the late General Gordon at Omdurman fell to his lot. Later he spent several years in Pretoria both during and after the Boer War, in which he rendered signal service, his third campaign following in 1904, in the expedition against the Mullah in Somaliland.”
By 1914, as John Simms approached age 60, he was contemplating a well-deserved retirement. However, when war broke out in August, his dreams of retirement vanished when he was appointed Chaplain-in-Chief to the British Expeditionary Force, which was rapidly mobilizing for transfer to active duty in Belgium and northern France. As the Belfast Evening Telegraph noted, there was some irony to his appointment:
[A]lthough the majority of chaplains with the troops in the Western theatre are Church of England [Anglican] men, the work of all – Church of England, Presbyterian, Wesleyan, Congregational, Roman Catholic – is allocated and supervised by a clergyman of the Irish Presbyterian Church. Thus it is that the esteem in which Dr. Simms is held by all the chaplains who have the privilege of administering in the higher things to the brave men at the front is no superficial tribute to his tact and disposition and character… On this point we need do no more than recall the testimony to the splendid and widely recognized qualities of the Chaplain-General by the [Anglican] Bishop of London, when he wrote – “It may seem curious that a Presbyterian should be the principal chaplain when about three-quarters of the chaplains are Church of England, but it really answers very well. Dr. Simms is a man who has served all over the world, and is universally loved and respected.”
When he accompanied the British Expeditionary Force to France in 1914, he brought with him a total of 54 chaplains, who almost immediately found themselves in the midst of an intense and bloody military campaign against the advancing German Army. By 1915, the number of chaplains in the BEF had grown to 400, and he was eventually to have more than 700 under his command. The Telegraph noted that:
He had supreme control over all the chaplains, irrespective of denomination, and was attached to General French’s staff at the British headquarters… Two-thirds of the chaplains were along the lines with the fighting troops. Behind the fighting lines these men were at the collecting stations to which the wounded were first brought before being moved to the casualty clearing station. They assisted in carrying in the men in the rush moments, and rendered whatever kindly service they could to the stricken heroes, both in spiritual things and in a variety of other ways, chiefly in writing home letters for the soldiers, taking last messages from dying lips and kindred offices.
No regular plan of services could be maintained, and the rule was to hold them whenever the occasion presented…. It was quite the usual thing for the request for a religious service to emanate from the men, and especially so when a regiment was on the point of moving to the trenches... Those gatherings were most impressive, the men participating with the greatest reverence... It was difficult to describe the emotions that filled one in such an hour.
It should come as no surprise that many chaplains at the front lines, who were frequent witnesses to death and horrific wounds, suffered from PTSD. The Telegraph noted that General Simms’s days were consumed with the administrative tasks of continually transferring chaplains to different posts. “It was not an unusual thing for the nerves of those right up near the fighting to become unstrung with the strain and the moving sights with which it was their daily lot to witness. A change nearer the base in those cases was beneficial.” This need was especially acute during the various offensives launched by the BEF, such as the Battle of the Somme in 1916, during which the British Army suffered more than 57,000 casualties on a single day. Total British casualties on the Western Front during the entire war exceeded two million men.
Although heavily burdened with the administrative task of keeping the chaplaincy force in an effective state, General Simms got out to the front whenever he could. The Telegraph noted an instance “when conducting the Moderator of the Church of Scotland (Very Rev. Dr. Willamson) round the ruined town of Ypres that four shells fell quite close to them, the last only ten yards off.”

British soldiers marching through the once-beautiful medieval city of Ypres, Belgium. 1918
John Morrow Simms was recognized for his outstanding service as Chaplain-in-Chief with a promotion in 1916 to the rank of Major General in the British Army. He continued in that position until his retirement from the Army in 1920. In 1922, he was elected to the British Parliament from Northern Ireland and served in the House of Commons in Westminster until 1931. He was also elected Moderator (the most senior office-bearer) of the Presbyterian Church in Ireland, and was appointed Honorary Chaplain to King George V of the United Kingdom. He died in 1934 at the age of 79. A portrait of him is below.

John Morrow Simms
One can fairly question the role that organized religion played, or should have played, in the First World War and whether the clergy should have done more to stop the war from starting or to bring an earlier end to it. What seems beyond debate, however, is the invaluable service provided by the chaplains who bravely and unflinchingly provided comfort to the wounded and dying, and to the just plain terrified, at the front lines and in field hospitals. The ability of those chaplains to do their job, which was required on a scale so massive as to be almost unimaginable, was greatly enhanced by the indefatigable efforts of O’Neill cousin, John Morrow Simms.
In October 2018, nearly 100 years after the end of the War in which General Simms served, his cousin Jennie’s great granddaughter, Peg Randle, participated in the wreath-laying ceremony during the Last Post at the Menin Gate in Ypres, the same city in Belgium in which General Simms and the head of the Church of Scotland were nearly killed by German artillery shells. The Last Post ceremony has been conducted every night since 1929 to honor the British soldiers who fought there, particularly the 54,000 soldiers who died in the vicinity of Ypres but who have no known graves.
The Menin Gate at Ypres appears in a video montage produced by an Irish songwriter to accompany a song he recently composed about a soldier from the Royal Irish Regiment of Northern Ireland who died in the last months of the War. It is a somber and fitting tribute to those who made the ultimate sacrifice for their country and may be viewed at https://youtu.be/d02JLBruvOI .