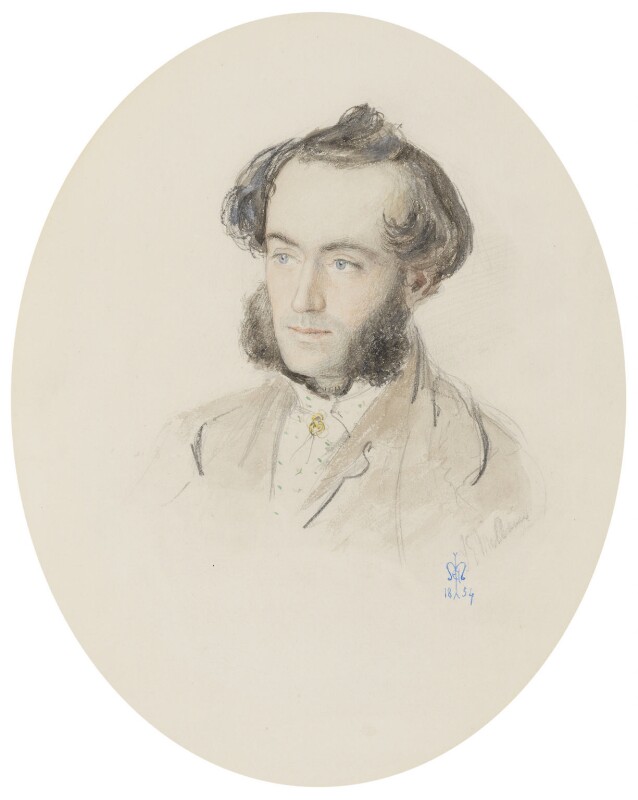 This portrait is said to have been drawn while Leech and Millais were staying at the Peacock Inn, Baslow, near Chatsworth. The two were intimate friends and spent several hunting and fishing holidays together.

The Working Men's College in London is founded by Frederick Maurice, who along with Charles Kingsley, a leading proponent of Christian Socialism, mocked by its opponents as 'muscular Christianity'. Christian Socialism attempted to combine the fundamental aims of socialism with the ethics of Christianity.
William Howard Russell is sent to cover the Crimean war by his paper, The Times; his dispatches mark the start of modern war correspondence.

The artist William Powell Frith paints his famous Ramsgate Sands, Life at the Seaside, an astute observation of modern leisure time.
Dr John Snow, the founder of epidemiology, discovers that cholera is spread by water, rather than air, following the deaths of 500 people in ten days who had drank from a water pump in Broad Street. The Public Health Act is passed in response, setting up the General Board of Health.

Britain enters the Crimean war on 31 March, after an alliance is formed between Turkey, France, Sardinia and Britain against Russia. Florence Nightingale achieves great fame in introducing modern nursing techniques to the battlefield, earning her the title 'Lady with the Lamp'.