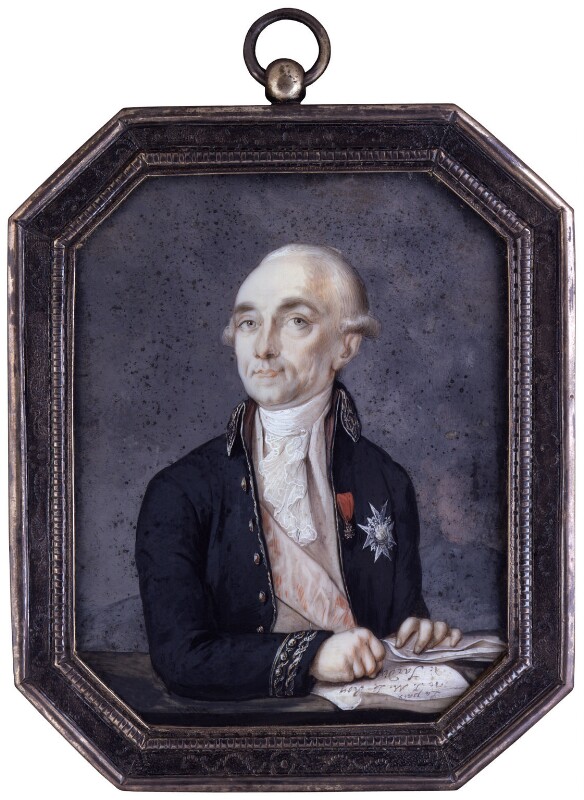 La paix de S. M. Le Roy de Sardin probably concerns the defeat of the French assault on Sardinia in 1792-93. Stroehling is said to have been in Naples c.1792, before going to Vienna and St Petersburg in 1796. [1] Acton had received the Order of St Januarius in 1783 and was chief minister 1789-95, as described on the contemporary backing of NPG 4082.

Clear grey eyes, white hair; dark blue-grey coat with silver lace and a rust-coloured lining; white shirt and neckcloth; wearing the pink ribbon and star of St Januarius and the badge of St Stephen; before him a paper inscribed: La paix/de S. M. Le Roy/de Sardin ...; in the background an eruption of Vesuvius.