3 of 24 portraits of Joseph Addison 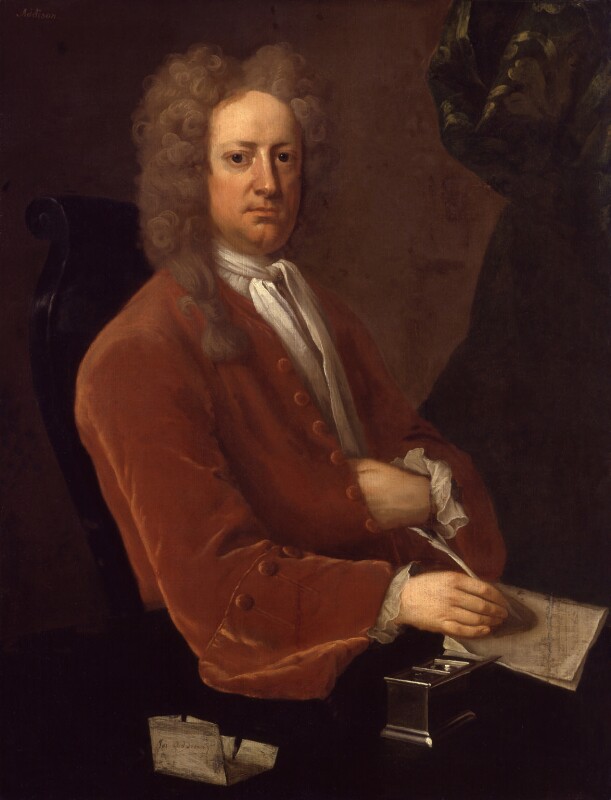 A bloated Addison seen at the end of his life. The inscribed identity and the artist’s name and date are in the same hand as other inscriptions on portraits at Hartlebury, and were presumably made by Hurd’s direction. Piper pointed out that the portrait may have been posthumous (Addison died on 17 June 1719); the recurrence of the ink well in other Dahl portraits (e.g. John Freind), suggests it was a studio property.
A 20th-century copy by Joyce Aris is at Hartlebury. [1]

1 A note of 1945 from J. R. Nankivell (Addison Icon Notes, NPG archive), said that ‘about 1840 there was a Bishop of Worcester whose financial affairs caused considerable embarrassment’.
2 MP 1852-60, 1868-74; married Maria, daughter of Bishop Carr (Laslett’s sister Sophia d. 1852 bequeathed money to the parish of Hartlebury; Gentleman's Magazine, NS, XXXVII, 1852, I, pp 208-09).
3 Rector of Lanteglos, Camelford, 1876-86; son of Thomas Baker of Hartlebury rectory. Laslett died in January 1884 and Baker was offering the portrait to the NPG from 12 March; writing on mourning paper from Abberton Hall, he said the portrait had ‘lately come’ into his possession; on 14 June he was writing from Lanteglos.