1 of 2 portraits of Philip Affleck 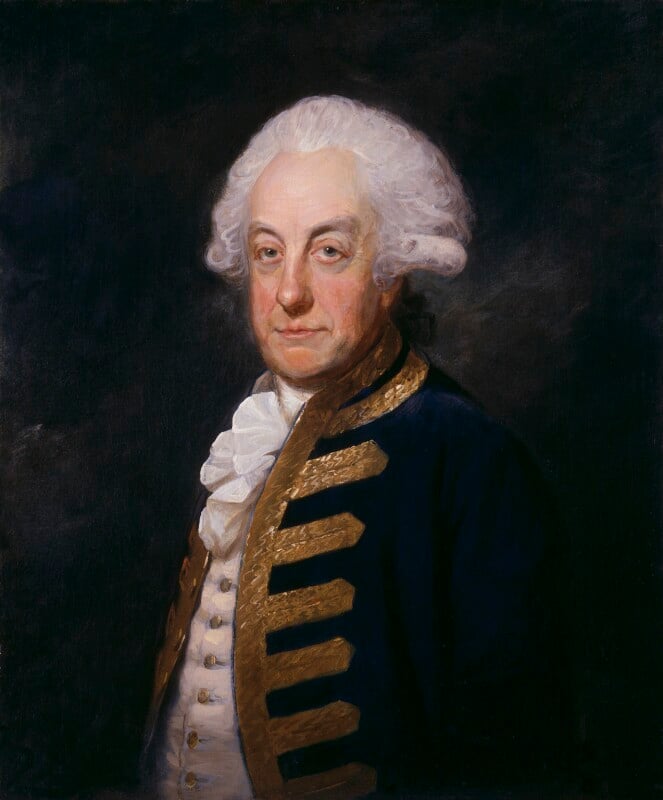 Affleck’s return from the West Indies in 1793 indicates the probable date of NPG 1579. The head, which closely resembles that drawn by Russell in 1787, seems to have been quoted by Young in his mezzotint based on a much earlier portrait by Edward Penny.
The attribution to Abbott is traditional and convincing. [1] The Affleck sale of 1906 contained a second portrait of the Admiral by Abbott, lot 160, probably that showing his right hand in his waistcoat, of which there are examples in the National Maritime Museum (BHC 2506) and with the Wernher Foundation (on loan to the Ranger’s House).