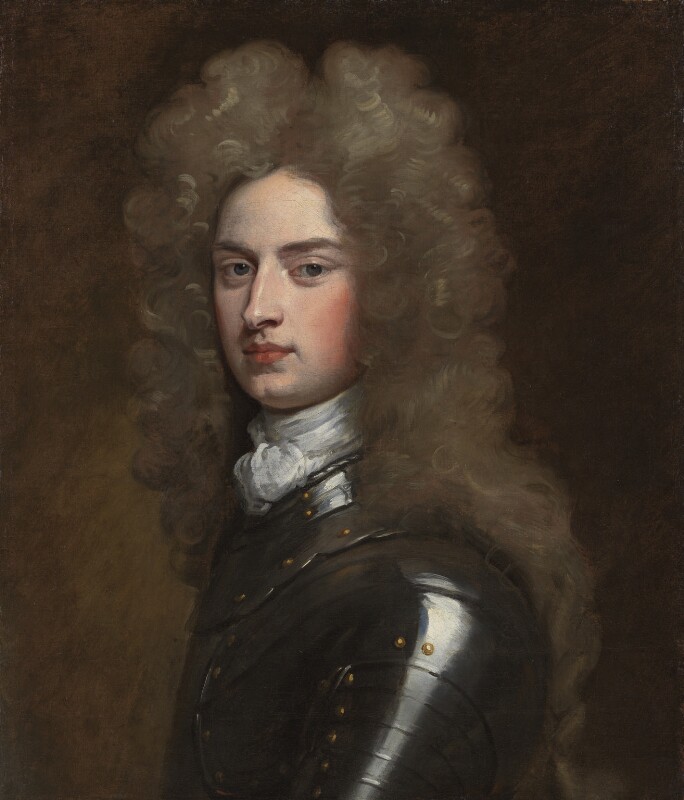 Painted before Albemarle was made KG in 1700; Duleep Singh recorded that the original canvas is inscribed, verso: Col. Keppel and G[Kneller], implying a date before 1697 when Keppel was made an Earl.
According to Duleep Singh there was an ‘exactly similar’ portrait at Quidenham, signed and dated G. Kneller Eques pinxit 1700. [1]

1) But this is not clear from his list of portraits at Quidenham, in which no.15, a three-quarter-length, described as signed and dated G. Kneller Eques pinxit 1700, measures 127 x 101 (Prince Frederick Duleep Singh, Portraits in Norfolk Houses, II, p 149, no.15, illus.).