1 of 11 portraits matching these criteria: 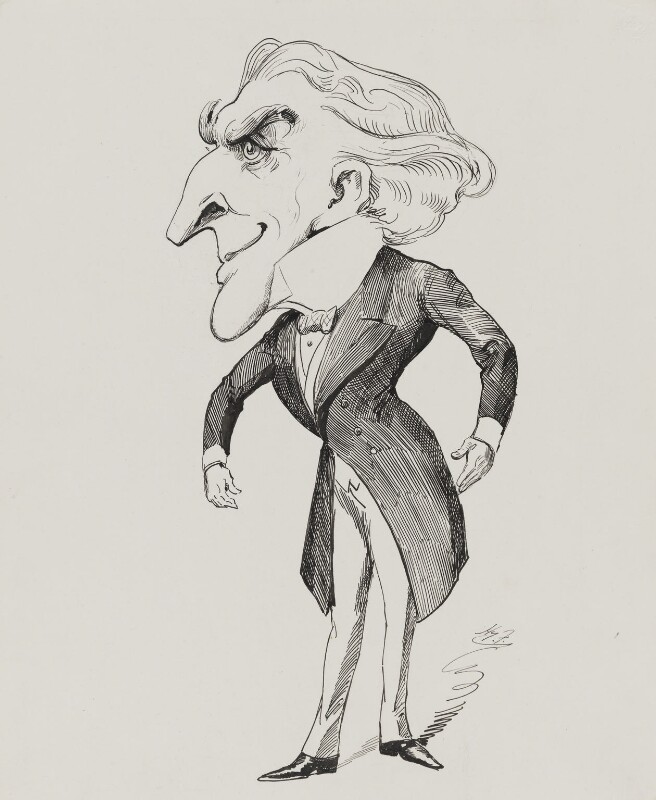 Striking a self-regarding pose, with nipped-in waist, silver locks and flaring nostrils, this is Harry Furniss’s take on George Alexander, the ‘Beau Brummell of our stage’, [1] as depicted in this undated drawing. It was published in Furniss c.1913–16, plate 55; see NPG collection 4095(1–11).

The histrionic pose appears to show Alexander in an unidentified contemporary part. Yet for all his matinee idol looks he was in private ‘a modest man with no overweening sense of pride’; [2] and, among theatre managers, a hardworking professional, the string of hits at the St James’s Theatre a reflection of his careful administration. [3]

Several actor-managers were regular targets for Furniss – see Sir Henry Irving, Sir Herbert Beerbohm Tree, Sir Squire Bancroft – but not George Alexander, and NPG 4095(1) is the only traced caricature by Furniss. [4] The two men joined the Garrick Club about the same date, Furniss in 1885 and Alexander in 1886.