3 of 4 portraits of Nevil Maskelyne 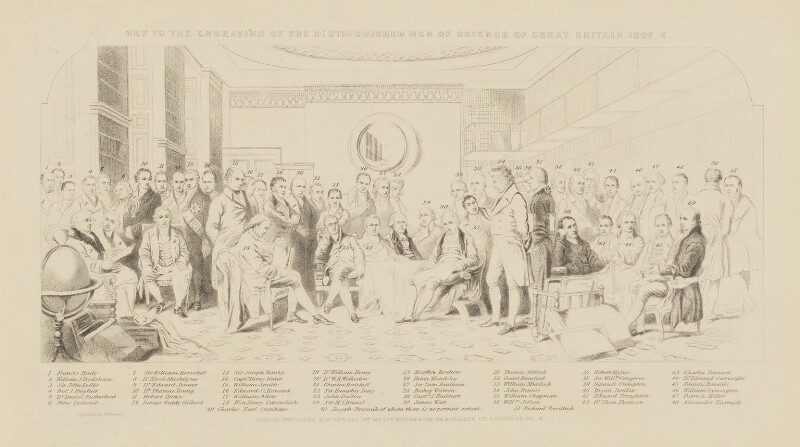 Lettered above: KEY TO THE ENGRAVING OF THE DISTINGUISHED MEN OF SCIENCE OF GREAT BRITAIN 1807-8, and below: Printed by T. Brooker/LONDON: PUBLISHED MAY 20th 1862, BY MESSRS WALKER & SON, 64 MARGARET STREET. CAVENDISH SQ, W.