6 of 40 portraits of Sir Lawrence Alma-Tadema 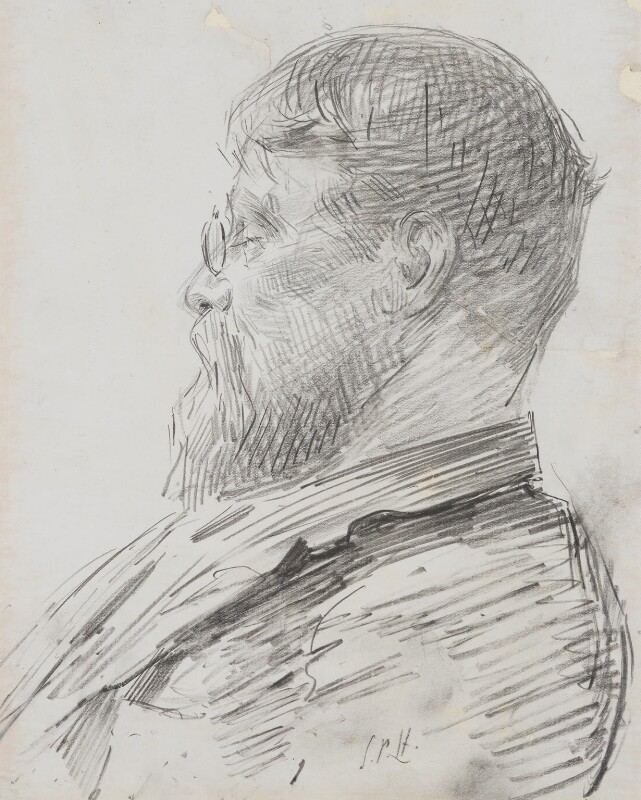 Although reversed in pose, this has been identified as a study for NPG 4404, showing Arthur Hacker silhouetting Alma-Tadema for the frieze on the wall of the St John’s Wood Arts Club room, after the inaugural supper on 30 January 1895. [1] This would have been a less formal occasion than those depicted in other group portraits (see NPG 1833 and NPG 2820) – a convivial gathering of fellow-artists among whom the sitter was a popular as well as eminent figure.

The drawing was originally framed together with studies of Hacker (NPG 4389) and John Collier (NPG 4390). Now laid down, it has suffered damage in the past. Torn right across the head, it has been stuck back together, with more tears along the edges of the paper, and marks of discolouration from previous framing.