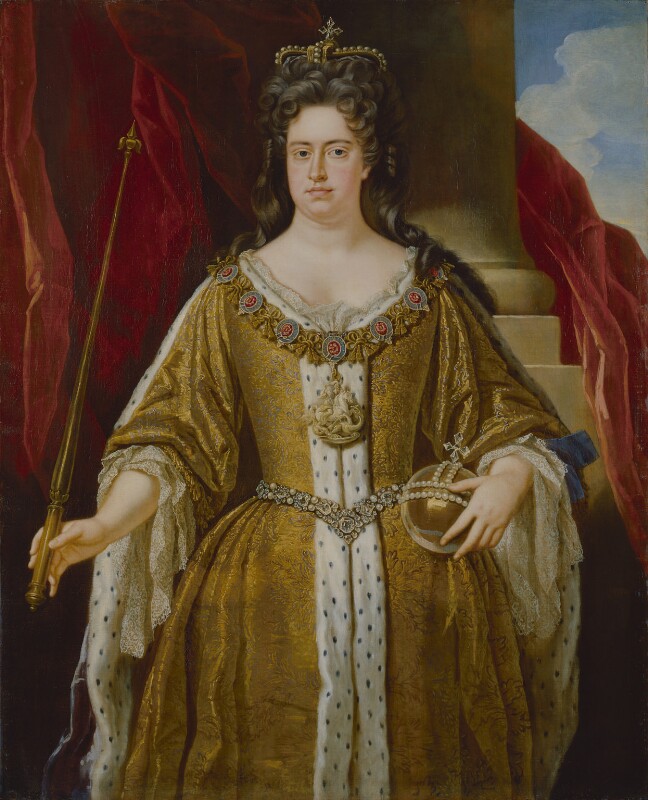 A version of the portrait commissioned from Closterman for the London Guildhall, [1] now known only through Faber II’s three-quarter-length mezzotint (J. Chaloner Smith, British Mezzotinto Portraits, 10) which omits the background pillar. A half-length version from Hornby Castle was sold Christie’s, 30 May 1969, lot 97, and a whole-length, probably c.1705, remains in the County Court Room, Northampton. [2]