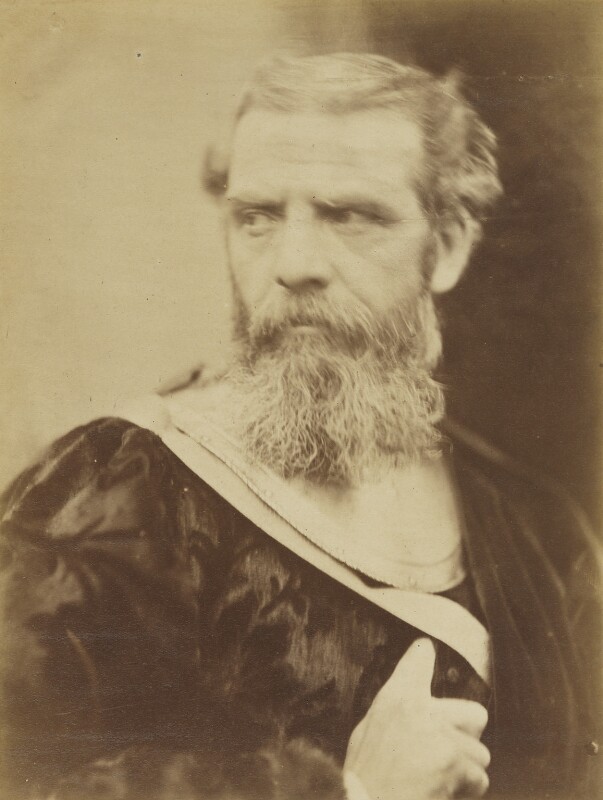 This image was created during the 1860s and included by David Wilkie Wynfield in his series of artists portrayed in historical and contemporary costume, [1] many of which were released for sale from March 1864 under the title The Studio: A Collection of Photographic Portraits of Living Artists, taken in the style of the Old Masters, by an Amateur. The photograph was not included in the group of artists’ portraits registered by Wynfield in December 1863; this implies it was created at a later date, perhaps sometime in 1864–5.

Hacking groups Ansdell with ‘The Older Generation’ of Wynfield’s sitters and also draws attention to ‘the apparent power of movement’ discerned by contemporaries in Wynfield’s series, [2] noting that NPG P70 is ‘an excellent example’ of the tension created by turning the head and gaze to one side. [3]

Ansdell wears a cut-velvet tunic and cloak together with a semicircular metal collar-plate, apparently part of costume armour and also worn by George Frederic Watts in the same series (NPG P86). Hacking suggests that Wynfield’s historical costumes were borrowed from a ‘lending wardrobe’ collection owned by the Artists’ Society, [4] although the item may well have belonged to Watts, as Gould states that for some sitters Watts offered Wynfield the use of his studio at Little Holland House. [5] Ansdell may have been one of those photographed there.