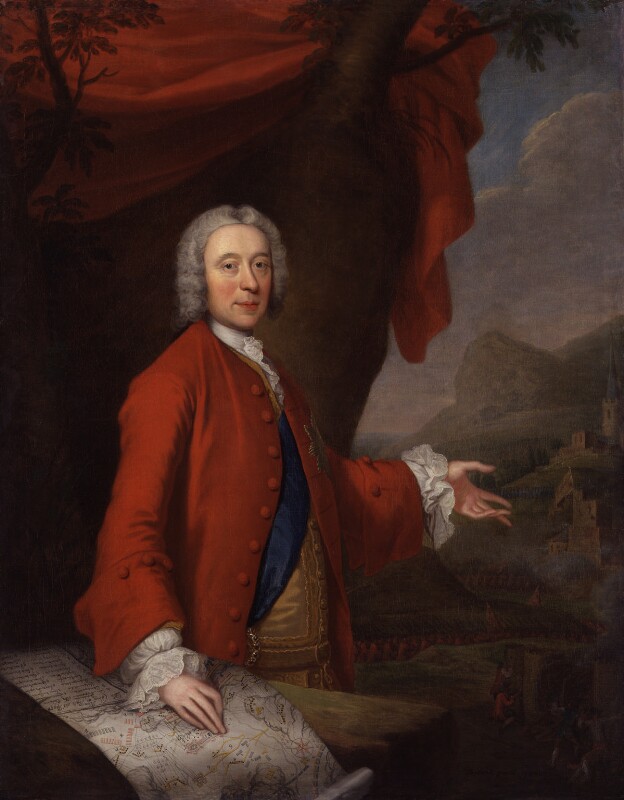 The map refers to Argyll’s actions in Spain when he took up a fortified position at Pratz del Rey, near Igualada, Barcelona, in September 1711; following a bombardment by the French, little action seems to have taken place. [1] In 1740, the year NPG 3110 was painted, Argyll was dismissed from all his offices following his harsh but popular criticisms of the Walpole government.
A signed version, differing principally in the gesture of the right hand which is shown palm upwards, is at Beaulieu. [2] The Argyll family continued to patronise Bardwell who painted four of the Duke’s daughters 1747-50. [3]

1 MS note in NPG copy of the Stowe catalogue; Gosfield Hall also belonged to the Duke of Buckingham.

View all known portraits for John Campbell, 2nd Duke of Argyll and Greenwich