1 of 2 portraits of George Arnald 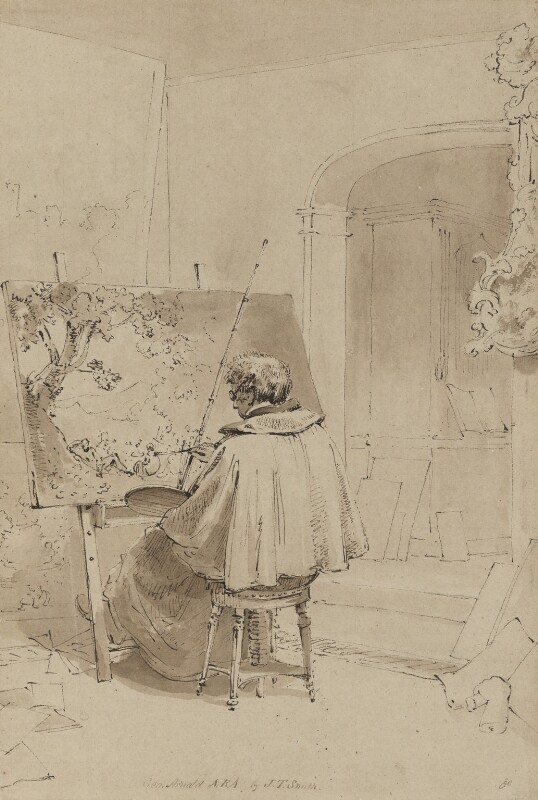 Inscribed: Geo. Arnald A.R.A. by J. T. Smith and a collector's mark Oc; on the back in pencil: George Arnald Artist/Drawing by J. T. Smith.

The two NPG pictures, Arnald's self-portrait and J. T. Smith's drawing, are linked in that they both show the subject in his studio at approximately the same date, though from different angles. Smith was an old friend and has used several Arnald views as illustrations in his Antiquities of Westminster, 1807-10. He mentions Arnald affectionately in A Book for a Rainy Day and Nollekens and his Times. The self-portrait is dated 1831 but may be earlier; this drawing, in which Arnald appears to be some years older, cannot have been done much later as Smith died in 1833.

Whole-length nearly back view seated in his studio painting a Poussinesque landscape, palette, brushes, long mahl-stick, spectacles, painting-cloak, adjustable stool: in the background is a bookcase to right; to left the same large landscape, 'The Castle of Doom', that forms the background of NPG 5254.