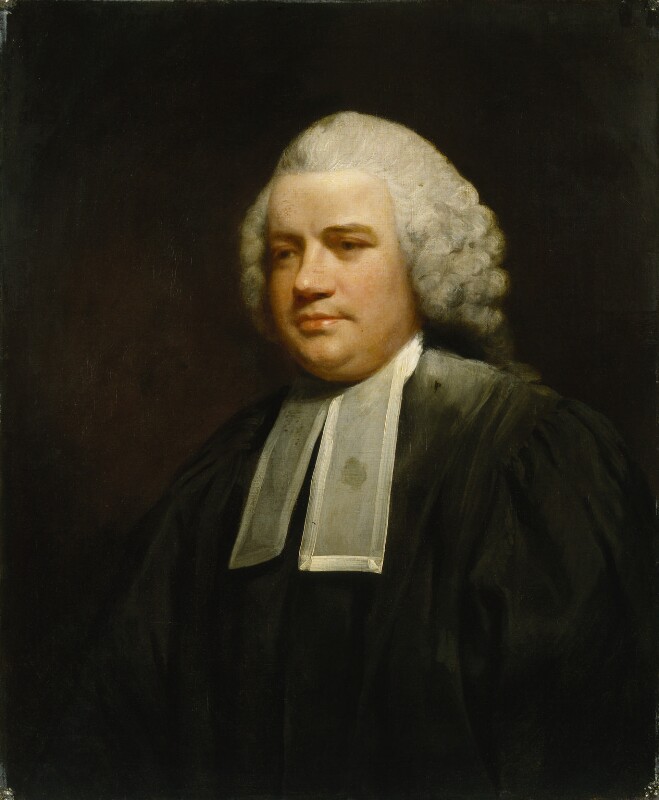 ‘The portly, positive, black-browed Dunning; whose peculiar ugliness ... can only be understood from Reynolds’ picture of him’, [1] had sat to Reynolds probably in 1772 when there were appointments in February, March, June and November. NPG 102, a studio replica of the now untraced original, [2] appeared in Reynolds’s account book, sometime before August 1775, as ‘[Mr Dunning] given to Sir Elishay Impey’ 35 [gn.]. Impey was in India 1774-83 and there was a family tradition that he had asked Reynolds to paint the portrait ‘in durable colours to stand the climate of India’. [3] Sir Francis Baring, Dunning's brother-in-law, described the portrait as an 'extraordinary likeness', adding that artist and sitter were 'countrymen and much acquainted'. [4]
Copies were sold Christie’s, 30 May 1930, lot 108, and from Bowood in 1952.[5] An oval minature copy by Henry Spicer 1794, inscribed as after Ozias Humphry, sold Bonham's, 8 September 1999, lot 112.

1 The great-nephew of 1st Baron Ashburton and brother of 1st Baron Northbrook. Dymond 1876, p 110, alleged the portrait was formerly in the collection of Lady Ashburton.