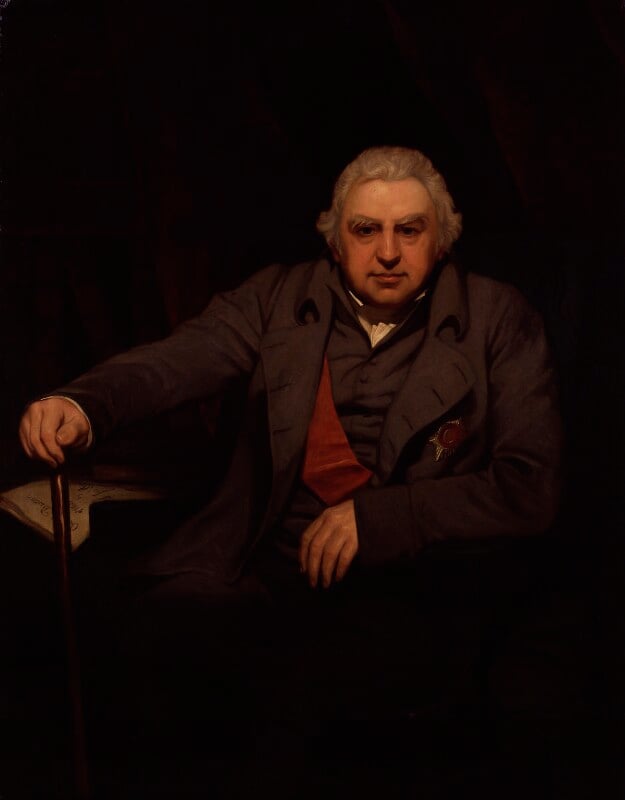 The manuscript Banks holds must refer to his Short Account of the Disease in Corn, called by the Farmers the Blight, the Mildew, and the Rust, completed in January 1805. [1]
Between 1808 and 1814 Phillips painted three types of portraits of Banks, of which NPG 885 is an example of the second. Head and pose derived from the first type of 1808, showing Banks as President of the Royal Society. Another version of this second type, painted in March 1810 for Sir Everard Home, is with the Linnean Society. [2] Phillips subsequently painted Thomas Murdoch who commissioned NPG 885. [3]