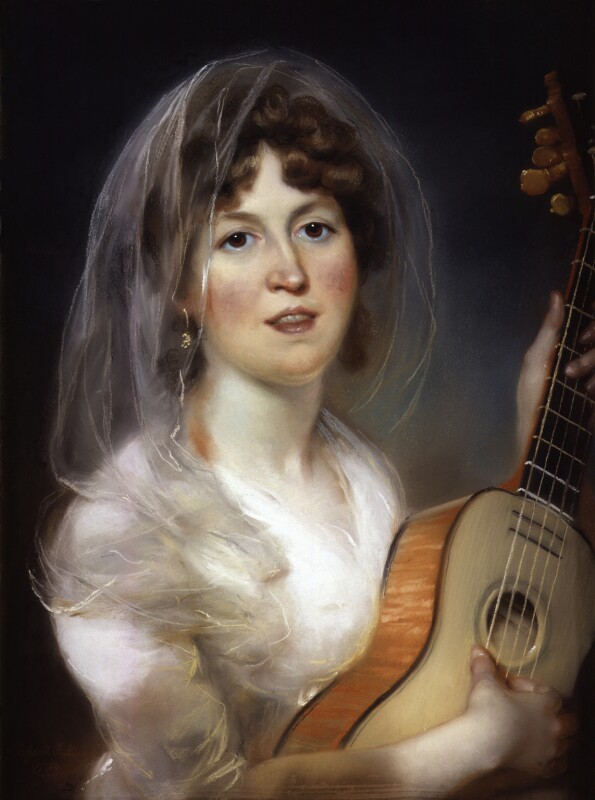 Family tradition did not record her role which could possibly represent her as 'Lucinda' in 1778 when 'from the blunder of some person whose business it was to have the guittar ready, she was much disconcerted when she had to sing the song, and was obliged, after sitting some time, to leave the stage while the instrument was put in tune behind the scenes' (Morning Chronicle, 11 September 1778); alternatives are as 'Olivia' in Twelfth Night where she was billed as 'with a song', or as 'The Lady' in Comus singing the song of 'Sweet Echo'. However she retired from the stage in 1792 so probably Russell's portrait, drawn in 1799, is simply a 'reminiscence'.

Family possession and bequeathed by her great-granddaughter, Grace Hilda Bannister; accepted April 1916; Miss Bannister died in Dresden 13 May 1915, the portrait together with that of Elizabeth's husband, Jack (NPG 1769), arriving in London in 1921.