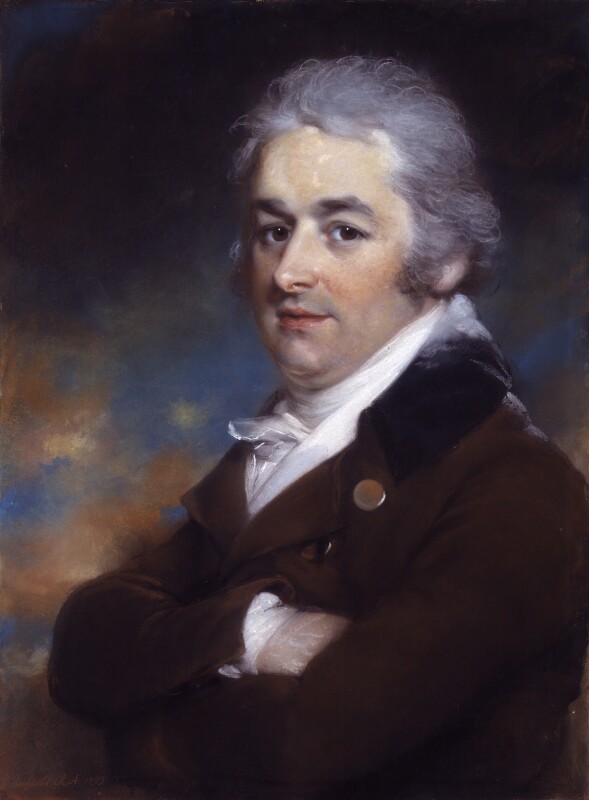 Russell's pastel drawing dated 1799 represents Bannister as 'Colonel Feignwell' in Mrs Centlivre's A Bold Stroke for a Wife, the basis for identification being James Heath's engraving of 1802 re-issued in 1819 with the title 'Mr John Bannister as Col. Feignwell'. A Bold Stroke for a Wife, originally produced in 1718, appeared regularly every season at either Drury Lane or the Haymarket between 1780 and 1800. Adolphus's Memoir lists Bannister's first appearance as 'Colonel Feignwell' in 1811 but he admits the list to be inaccurate and there seems no special reason to doubt the lettering on Heath's print.

As for Elizabeth Bannister, see NPG 1770.