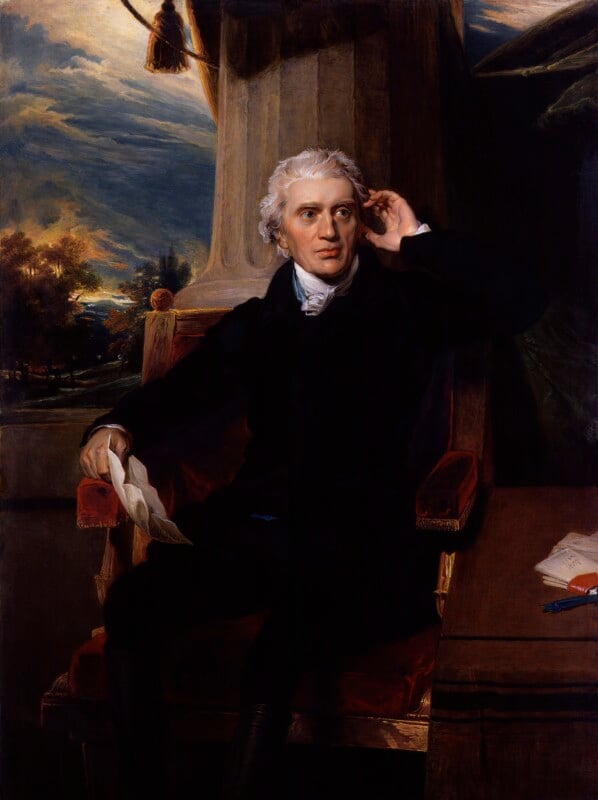 Inscribed in yellow, bottom centre: Portrait of Sir Francis Baring Bart. From a Painting by Sir Thos. Lawrence/Painted in Enamel by Chas Muss 1823.

Copied from the left-hand figure in Lawrence’s celebrated portrait of the senior partners of Baring Brothers, in which Sir Francis sits with his brother, John Baring, and son-in-law, Charles Wall. [1] His attitude was variously explained: Beechey thought he was turning away from Wall who was announcing a deficit, and Sir George Beaumont that he was being distracted by the sound of thunder. [2] But it was perhaps the attitude of a partially deaf man, for his obituarist stated that the ‘one obstruction [he] had to contend with from his earliest days [was] an incurable deafness’. [3]
There is a half-length version of the single figure in a private collection, [4] together with a related drawing attributed to Lawrence, showing his right hand resting in his lap. Muss also made enamel copies of several paintings from Baring’s collection. [5]

1 Hope, the powerful Dutch merchant firm based in Amsterdam, with whom Baring worked closely.

By descent to the sitter’s great-grandson, the 1st Earl of Northbrook, by whom presented 1900.