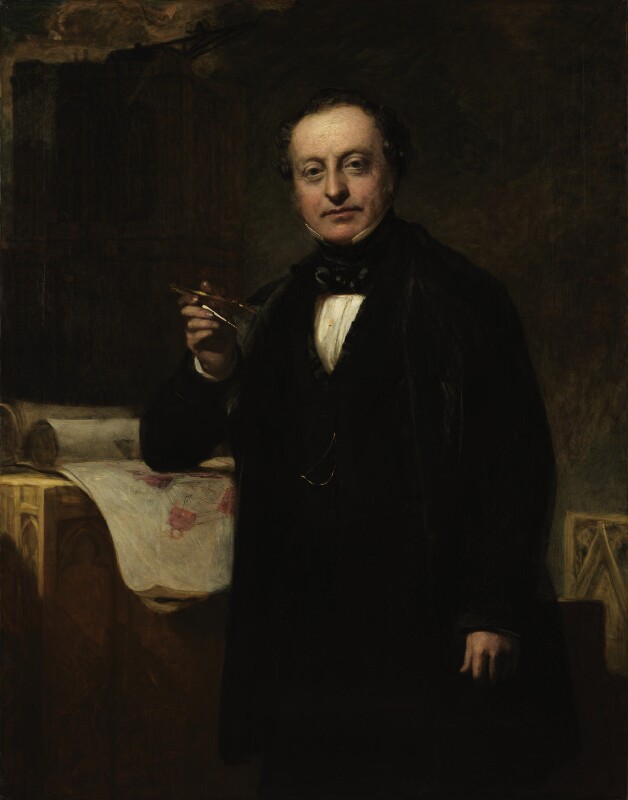 Inscribed on a damaged label on the stretcher: Portrait of Charles B[arry]

Barry is shown with a pair of compasses in his hand, resting his elbow on some partly unrolled architectural plans, which lie on top of a Gothic cupboard (possibly a sideboard or desk). In the background is a view of part of the New Palace of Westminster under construction, to which the plans presumably refer. This may have been the House of Commons, which was not formally opened until 1852, and only fully completed, after Barry's death, by his son.