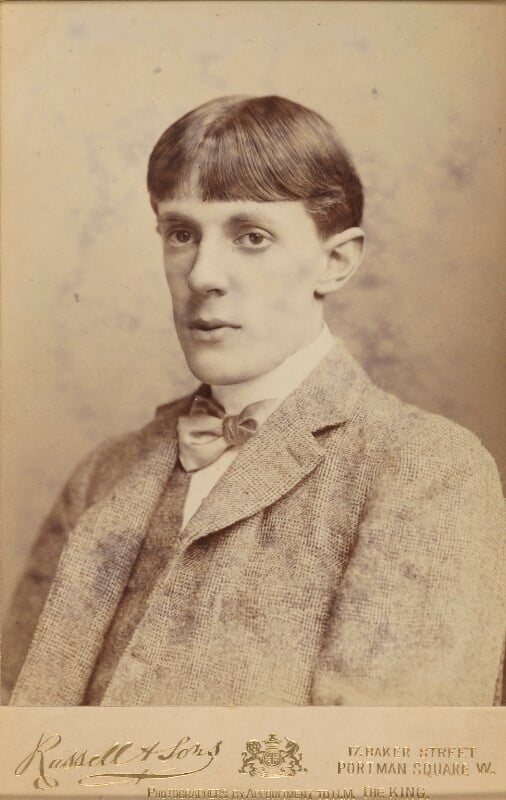 James Russell was the founder of Messrs J. Russell & Sons, a photographic studio established in 1852. The firm was granted the royal warrant in 1897; there were branches in Baker Street, London, and in Windsor. James’s sons set up further successful studios in Chichester, Landport, Wimbledon and Worthing.[1] The mount for NPG P43 carries the coat of arms of Edward VII (r. 1901–10) which indicates a continuing demand for the Beardsley image.

This photograph is the most formal, least controversial of the known images. It was reproduced the week after Beardsley’s death by the Illustrated London News and Black & White.[2] He does not refer to the sitting in his correspondence. A rare, variant pose appeared at Bonhams, 23 March 2010 (25).

See note 2 for reproductions of other prints of this image.