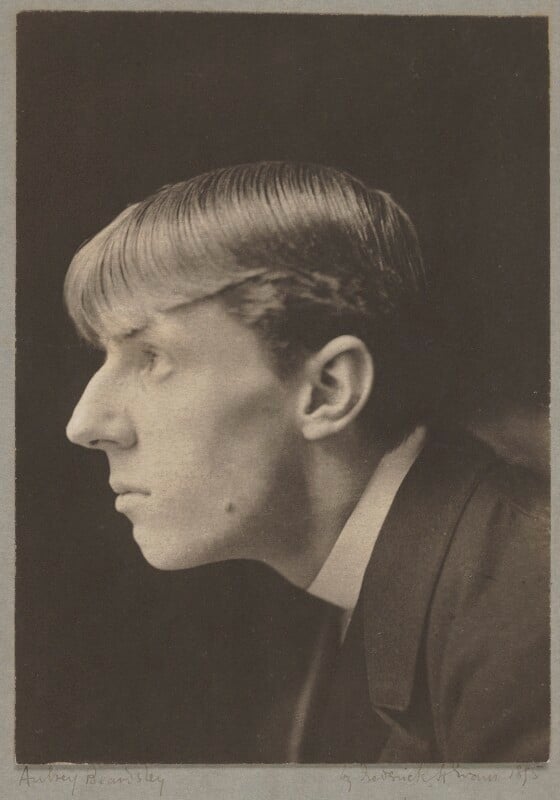 This is the slightly larger of the two photographs taken by Frederick Evans c.1894, and is less usually reproduced: see the entry for NPG P114. For this pose see Oscar Wilde’s description of Beardsley having ‘a face like a silver hatchet’.[1]

A print of the NPG P115 pose mounted in a full-page Morte Darthur border design (Bk 6, ch.1) was in the collection of Draper Hill.[2] A photogravure set in a different Beardsley border (Morte Darthur, Bk 2, ch.1, repr. Beardsley 1911, pl.75) is in the collection of George Eastman House, Rochester, NY, 1981:1198:008. There is a photogravure entitled ‘From a private portrait study by Frederick H. Evans’, formerly coll. Bodley Head, now U. of Reading Aubrey Beardsley Coll., MS160/8/7. A signed print of the NPG P115 pose was reproduced in The Year’s Art 1895.

Profile to left (no hands).

With P114 given by Dr Robert Steele, 1939; transferred from Photographs Collection 1979.

Reproductions of other prints of this image