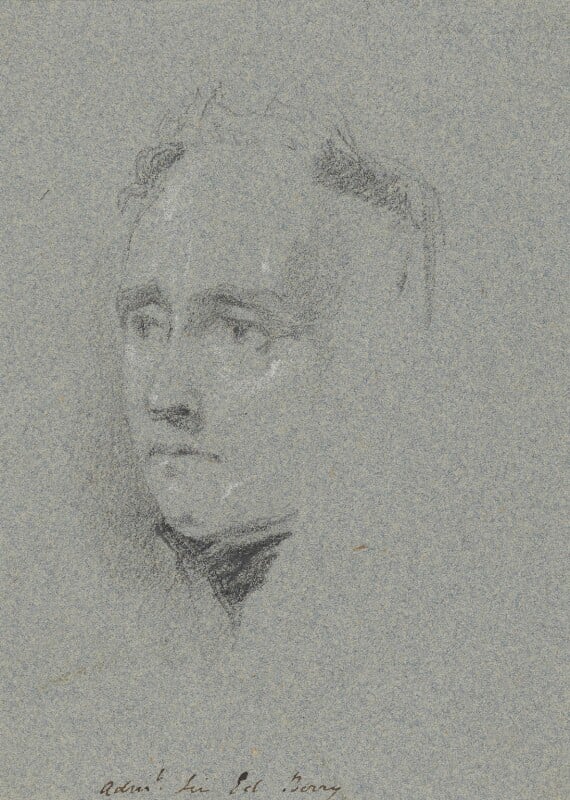 The drawing is possibly a study for Jones's oil in National Maritime Museum Greenwich, 'Commodore Nelson boarding the Spanish first-rate San Josef in the action of Cape St Vincent, 14 February 1797', in which Nelson and Berry led the boarding party. The picture was given to the Royal Hospital by the British Institution where it was exhibited 1829 (62); a sketch was exhibited RA 1832 (658). Berry was promoted Rear-Admiral in 1821, and appears to be about 55 in the drawing.

Taken from a sketchbook by George Jones inscribed: Presented to Sarah E. Nicholson by the widow of George Jones RA/& given by her to her son Archibald K. Nicholson 1910, bought by the Covent Garden Gallery (W. Drummond); bought from there by the NPG 1979.